The Media Comes Down From the Mountain 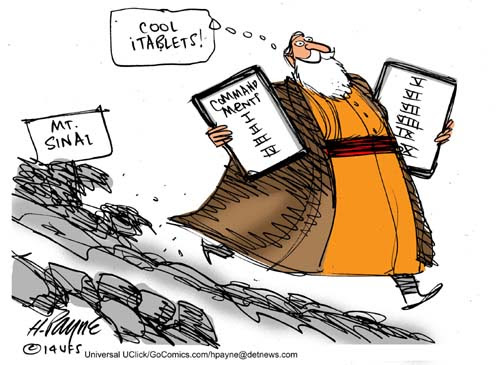 Someone in the Media actually tries to explain the Cohen case to us plebes, condescendingly, of course.


USA Today, of all places, finally got down off its high horse long enough to explain to us stupid plebes, in condescending terms, why the payoff of a stripper is considered a "campaign contribution" - something that mystifies most Americans.  But the manner in which they do it is anything but "fair and balanced."  And speaking of which, it is odd that even Fox News hasn't latched onto this, instead dutifully reporting that this is a foregone conclusion.

I discussed this before, so I won't repeat it here, and the USA Today article does succinctly describe the legal theory behind this.   But so far, it is indeed a theory, as it has not been put into practice just yet.  And so far, similar violations in the past have yielded little more than fines (as in the case of the Obama campaign), or in the case of John Edwards, acquittal and a hung jury.   The entire thing hinges on intent of the parties, and they are claiming that Cohen is the "smoking gun" as he can testify to Trump's intent.

It is an interesting argument.  But what was Cohen charged with, again?   Does it all have to do with Russia or Trump or Adult Actresses?   Turns out, no.

Cohen had his hand in a lot of pies, and he claimed to be a "playa" and connected with the Russian mob.  But of course, he was just a pathetic wanna-be, who got caught up in a tax investigation regarding his ill-fated taxi medallion business (shoulda invested in Uber!) and Florida real estate - the latter being the downfall of many an investor.   These are the actual serious charges against him, that yielded jail time and multi-million dollar fines and restitution.   The campaign finance thing is a parking ticket they added to the pile.

And added with a reason.   By getting him to plead guilty to the campaign finance thing, they agreed to go lightly on the real charges - tax fraud being the real biggie.   And Mr. Meuller certainly scored a direct hit by bringing these charges, right?  Oh, except he didn't bring these charges.  They were brought by Federal Prosecutors in the Southern District of New York - a court famously antagonistic to the Trump administration and its policies.  There are no politics involved in this, nosiree!

But to hear the media report it, it is all about Stormy Daniels, and those "other charges" are just trivial, because frankly, you the plebe public cannot hold a coherent thought for more than ten minutes, and you need titillation (quite literally, with Ms. Daniels) to hold your interest.

But even the USA today article admits that this "smoking gun" and "top story" isn't going to amount to much.  Once again, the media has promised us a major orgasm, only to fail to deliver.   The Justice Department isn't likely to indict a sitting President, and once he leaves office, it isn't likely they'll bother with this trivial nonsense - because in the greater scheme of things, it is indeed trivial, unless you really believe that paying off your mistress (as my Father once did - with my college fund!) is a "campaign contribution."   And of course, Pence will pardon him, as Ford did with Nixon.

Even in terms of impeachment, it isn't clear, as the alleged crime did not occur while he was in office, and even if you assume these payments were to "influence the election" it is doubtful they had much real influence at all - the evangelicals still voted for Mr. "Grab 'em by the pussy!" knowing full well what sort of man he was - and knowing the rumors of his infidelity.  I doubt the Stormy Daniels payments changed the outcome of the election one iota.

(This is taking aside the mathematics of the House and Senate.  Even if the House votes to impeach -and few House members are saying this is likely - the 2/3rds needed from the Senate just isn't there - unless of course, the Republicans in the Senate just want to see a President Pence and put this all behind us.  Et tu, Brute?)

Hillary campaigning in Ohio, Michigan, Indiana, and Wisconsin - that might have changed the outcome of the election.   But we don't want to talk about that - that our candidate was flawed and the campaign strategy ("It's my time!") was flawed as well.   We don't want to talk about that as we drive the campaign bus off a cliff yet again - two years before the next election.

The same media that talks down to us in tut-tut terms, also tells us, in all seriousness that Stormy Daniel's lawyer was a serious candidate for President in 2020 - because anyone who is against Trump apparently is qualified to be President.  Apparently I am Presidential timber.   Or we have this "Beto" who apparently is a refugee from a boy band or something, because all we hear about is how Democrats are gushing about how handsome he is.  Ugh.  Pass the bucket, I need to throw up.

The USA Today article, ironically (ironically, as they are the king of Reader's Digest versions of stories) is finally a move in the right direction - telling the details of the story, and not just the foregone conclusions.  Sadly, the article still has the tone of "you stupid idiot, you just don't get it!" and presents the entire legal theory as a foregone conclusion - from the perspective of one side only.

Maybe it is a foregone conclusion in newsrooms across the country, but I am not sure it is yet, in a court of law.  It is an interesting theory, but whether a jury will convict remains to be seen.   It seems a stretch that a law designed to prevent outsiders from influencing elections would be applied to payments made by the candidate himself - even if made through intermediaries.

Trump is a slimy scumbag, but you'll have to do better with this - a plea deal where a guy will say anything to reduce his sentence for tax evasion isn't quite the smoking gun they make it out to be.   Maybe Cohen has these secret recordings - maybe not.   But you'd have to have Trump on tape saying, "let's evade campaign finance laws by paying off Stormy Daniels!" to show real intent in this case.

And even then, it still might be a tough case to sell to a jury.   I'm not getting too excited just yet about the prospect of President Pence.