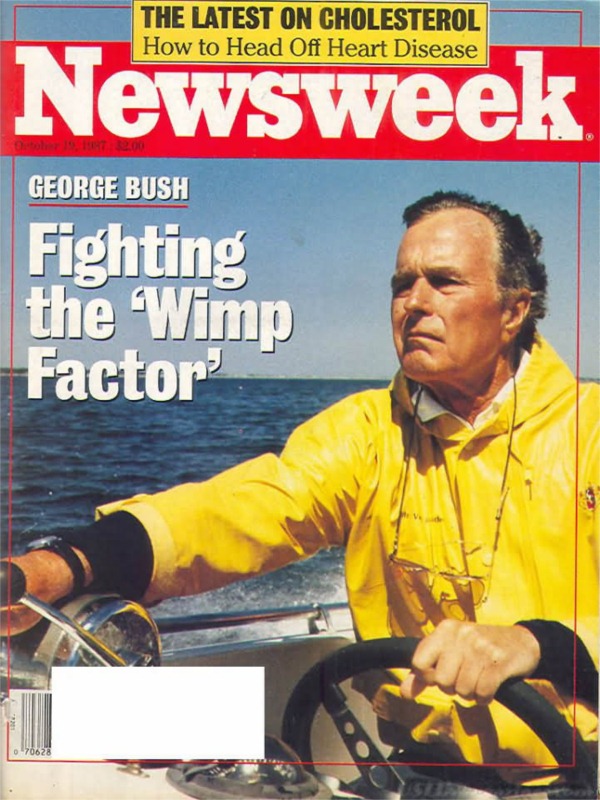 People get the government they deserve.


George Herbert Walker Bush died last night, and everyone is falling over themselves to declare him an American hero - including people that, not a few years ago, said the most horrible things about him.   That is the norm in politics today, and perhaps it always has been.   But it is incumbent upon us not to fall for the mud-slinging and smears that the politicos engage in, and that the media breathlessly reports on.

Back in the 1980's, Newsweek ran a cover story about Bush, with the title, "The Wimp Factor."   The thrust of the article was whether Bush could overcome his reputation as a "wimp" because he tended to see both sides of an issue and was willing to compromise to get things done.   Politics is the art of the possible - or at least it was back then.   A man who was nearly killed flying an obsolete and flimsy death-trap of a torpedo bomber against a well-armed Japanese carrier, was called a "wimp" by people who never served in the military.   As he saw his comrades shot down and killed around him, he stayed on target until he too, was shot out of the sky.  Wimp, indeed.

But we saw the same thing with the late Senator John McCain.   "I like my heroes who aren't captured" Trump said, or something to that effect.  Corporal Bone Spur is in a position to know - after all, he charged San Juan hill with Teddy back in 1889.   People ran down John McCain, even back then, when he was running for President, on his military service - alleging, for example, that he was "brainwashed" by the North Vietnamese.   They apparently did a shitty job - he still ended up a Republican, and not a Democratic Socialist.

Of course, this sort of smear campaign runs both ways.  John Kerry was derided for his service in Vietnam with lies and misdirection.  They even coined a name for it - "Swiftboating" - the idea that you could take an opponents' strength and turn it into weakness.

If you look back in history, though, you see this sort of smear tactic has been popular since the inception of our Republic.   People back then would publish anonymous phamplets alleging the opponent had a child out-of-wedlock, preferably of mixed race.
It is only later in life that we look back and wonder why we vilified these folks.   And we all did it, too.  At the time,  I also engaged in the two-minutes hate, along with everyone else.
That was before social media, and our social media President.  Vilifying our political opponents not based on their political positions, but rather on their perceived personal weaknesses, or indeed invented personal weaknesses, directly led to the situation where we are in today.
Maybe it took a Donald Trump to teach us where this all was headed.  And maybe, going forward, we will learn from this experience and consider our political leaders based on their policy views and not based on personal attacks on their character.
Maybe, but I doubt it.
Newer Post Older Post Home