A Tale of Two Lawyers 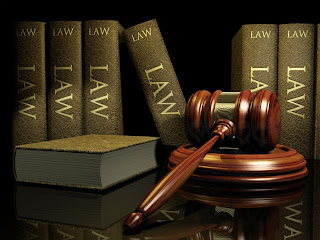 An education is an investment, but more like a derivative investment.  Not only can you lose the money you invested, you can lose more!

A recent article on CNBC and MSN talks about how student loan debt can "balloon" to two or even three times the base amount borrowed.  I thought the article was going to be another whiny piece about how shitty millennials have it these days, but it quickly morphed into some common-sense advice on how to avoid this trap.

The article missed two salient points, however.  First, go to a cheaper school, if you are borrowing money.  Second, borrow as little as you can.  Live more frugally, get a part-time job - whatever you have to do (I did it, you can too!).   Major in something that will lead to a job, not something that sounds like fun.

The latter is important.  In another MSN money article, one of these financial "gurus" actually offered some good advice - learn something useful instead of "following your dream".   Dreams are fine and all, but often they remain just that - a fantasy.  And sometimes it is useful to have salable skills in this world.   Long before I became a lawyer and before that, and engineer, I learned to type, to weld, to plumb, to wire, and to fix cars and program computers.   These skills served me well, even today.

The problem with education today is that we encourage 18-year-olds to "follow their dream" and for a lot of them, this dream involves joining a frat, drinking a lot of beer, smoking a lot of pot, and playing a lot of video games, while majoring in "sociology" or "liberal arts" or even "general studies" - while racking up tons of "private" student loans to pay for their living expenses in addition to tuition.

If you are getting private student loans, that is a sure sign you are living too lavishly in college.

They say an education is an "investment" and that may be true.   Having an engineering degree and a law degree has paid off for me - allowing me to be self-employed for nearly 20 years and make more money and control my own life in a way that I would not have been able to do as a technician in the labs at Carrier.

But not all degrees pay off, and some can cost you more than your "investment".   I bought GM stock before it went bankrupt, and I lost the $5000 I invested in that stock.   I lost money, but I didn't have to pay back more than I invested in GM.   With a college degree, you can spend tens of thousands of dollars and pay back hundreds of thousands, if it doesn't work out.   If you don't get that job after graduation, and you stop making payments on your loans, well, the interest can be added to the balance and eventually the amount balloons out of control.

Now before you try to tell me how "lucky" I am to have lived in an earlier era where college cost $5 a year and how Bernie Sanders is going to make college free (good luck with that) consider the poster-boy the above article uses to illustrate the pitfalls of investing in a college education:

For example, law school graduate Rick Tallini borrowed around $55,000 in the 1990s. He's since struggled to find employment and pay the bills, and today his student loan balance has ballooned to well over $300,000.

How was it that I was able to succeed as a Lawyer and this poor fellow is so hopelessly in debt?  Well, when I went to law school I already had the job I wanted when I graduated.  And I was working in a field where there was a high demand for attorneys.   I knew a lot of other people who were in law school who had never worked at all, and were borrowing huge sums to attend law school, and also to live a lifestyle they would never approach after graduation.

Like the undergraduate studying "Sociology" I ran into a lot of people studying "International Law" in law school - without any real understanding of what that meant, or what jobs that lead to.   I guess they envisioned themselves as these mythical "international lawyers" jet-setting across the globe, raking in six-figure salaries and solving tricky international legal issues.   Sadly, such jobs largely don't exist - they are a fantasy.

Yes, there are high-paying jobs with "white shoe" law firms, but only for a select few people from name-brand law schools who are in the top 10% or 1% of their class, who edited Law Review and participated in Moot Court competitions and otherwise distinguished themselves.  These students were groomed with law clerk positions while in school and then transitioned to six-figure salary jobs upon graduation.   They were the few and far between.

When I graduated, in 1992, a funny thing happened.  Some of the students I knew during school - who had cushy law clerking positions and implied promises of big-paying jobs after graduation - found their offers being rescinded.  Suddenly, they had all this debt and no where to go to work - and little or no real work experience.  A similar thing happened on a larger scale in 2008.  What happened?  The law of supply and demand kicked in.  Everyone saw that lawyers were making money, so everyone decided to go to law school.  In 1992, when I took the bar exam, I was part of the largest graduating class of my law school and the largest bar exam class in the Commonwealth of Virginia.

But I was lucky - or smart - in that I had a unique skill that kept me in business for years to come.  But even then, as you get older, your skills are less and less in demand.  I get letters from headhunters all the time with listings for jobs in the Patent field.  Most are for chemical or biotech engineers - or people with computer software experience - with "3-5 years experience".   They don't want someone with less experience or someone with more.  They want someone who needs to pay back student loans and will work for a smaller paycheck.

There are senior positions, but again, I am usually not qualified as the technology is biotech or computer science (meaning, Internet) and my skills in these fields are nonexistent or obsolete.  But again, they want someone with "In-house counsel experience of 5-10 years" - no less and certainly not more.   You get put out to pasture after a while, and you have to plan for this.

I made regular payments on my Federal student loans - and never took out any private ones.  I borrowed as little as I could, although in retrospect, I could have borrowed even less.  I worked while going through law school (and undergraduate) so I didn't have to borrow for living expenses.   And I paid off my loans over ten years without refinancing them.  The payments weren't all that onerous, at the time, or in retrospect.

What happened to the fellow above is hard to parse - his story is repeated time and again on the Internet, from a search I did on his name (and I believe that ironically, today he is a bankruptcy attorney, if Linked-in is showing me the correct profile).  But you have to take one-sided stories with a grain of salt.  People want you to be outraged, but only because they want to sell you a narrative.  Whether that narrative is "law school is a ripoff!" or "feel sorry for me!" is hard to tell.  And you don't know whether the story is an outrage, unless you could go through this guy's personal budget for the last 30 years.

In order to sextuple your student loan debt, you have to seriously make an effort to not pay it back - and allow interest to compound over decades.  Compound interest is a bitch - when you are paying interest.  It is your friend, when it is being paid to you.   But I have to wonder, over the three decades since law school, did this guy buy any new cars?  A house?  Have a fancy cell phone?  Cable TV?  Coffee drinks once a day?   These sound like trivial things, until you realize that any one of them could pay a big chunk if not all of a student loan payment.

I did without cable TV for years - the $100 a month they wanted for it was a big chunk of my monthly debt payments.  Ditto for fancy smart phones, which I did without until very recently (and even then, I bought a used phone on eBay for $99).   I scrimped and saved and did without and paid off those damn loans.   And I gave up a lot of things - toys mostly - to get out of debt and stay out of there.

But we'll never know what the real story was.   Did he graduate at the bottom of his class?  Have no specialty that was in demand?  Were there personal issues?  What?   His story is a cautionary tale, though, that "investing" in an education can go horribly wrong, if you don't think these things through.

But again, I am not sure that making college free or subsidizing education further is the answer.  One reason that college tuition has gone up exponentially in recent years is that it can.  With so much "funny money" loans available, students can borrow more - and their parents can borrow as well.   People see an education as the ticket to the middle-class, and thus put all their money on this one "bet" on the roulette wheel.  If they win, great.  If they lose - they lose it all.

And it is odd, that people smart enough to go to law school, or engineering school, or college in general, can make such poor financial choices.   I was perusing Reddit the other day, and there was something /r/beggarschoosers where someone mentioned that a student in Calculus II class was thrown out for selling MLM products during class time.  Smart enough to study calculus, but not smart enough to understand the math (or lack thereof) behind a pyramid scheme.

It is almost as scary as a pilot selling "cake shakes" as part of an MLM scheme.  Smart enough to pilot a plane, not smart enough to see through a scam.

And that, to me, is the interesting thing.   People can be absolutely brilliant in one narrow area of specialty, and utter idiots in others.   And I am not leaving myself out of this equation, either.  I had three semesters of Calculus, Differential Equations, and even Number Theory - and yet I still could not balance a checkbook or figure my way out of intractable credit card debt, at more than one point in my life.

But it wasn't just luck, though.   Even when I was a spendthrift, I did cringe at the thought of debt and at the cost of things.  And we did start investing early and regularly.   We may all be prone to weakness, but this does not negate free choice in the equation.
Newer Post Older Post Home