Struggling With Life? Get Real! 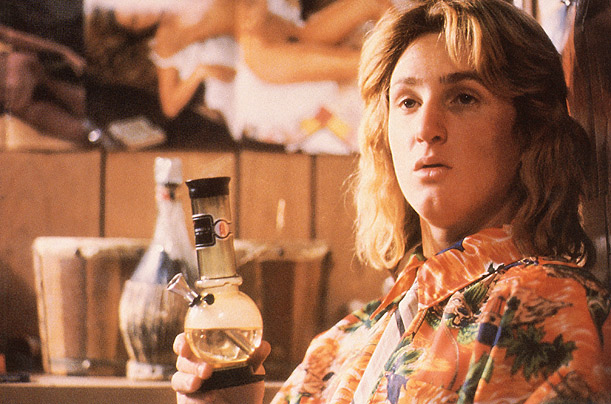 Are drug addicts and alcoholics struggling with life or just having a hell of a good time?

A recent article online recounts how family members claim that their son is "not a monster" after he killed four children in a DUI crash.  They claimed he is a "good-hearted man" who has been "struggling with life."

This is a story I've heard before - in fact, far too many times before.  Every time we hear a story about some criminal who injures or kills somebody. or who robs bank to pay for his drug habit, we are told that he is actually the victim because of his "struggles" with drug addiction, alcoholism, or basic criminality.  We want to be led to believe the most difficult thing in the world is to avoid becoming a criminal.

Drug addicts and alcoholics aren't struggling, they're usually having a hell of a good time.  Getting high all the time and staying high, and "partying" is a hell of a lot of fun.  And I know this because, when I was a teenager, that's basically what me and my friends did.  And as I got older, we kept doing it well into my twenties, until I realized it was a dead end in life.

Of course, I never robbed banks or killed people to pay for my partying habit.  I manged to get a job and support myself, even though it was like carrying around a ton of bricks on my back.

But let me tell you this: It isn't hard or a struggle to get high. It's a hell of a lot of fun and it's really the easy way out.  It's not a struggle to stop getting high.  It's not difficult to give it up.  It's just a lot easier to fall into that lifestyle, just as its a lot easier to steal shit than to work for a living.   Laziness is the struggle, and laziness is not a disease.

The folks who are getting high all the time are enjoying life.  They aren't sitting around weeping about how difficult their life has been and what struggles they've had trying to get off drugs.  Oh sure, once they're in court and they're facing a bunch of charges for killing or robbing someone or whatever, they will profess great regret with crocodile tears.  And an army of psychologists as well as their family members will tell you what a horrible struggle it was for the accused to be high all the time and have parties and get laid and basically enjoy themselves and never have to work for a living.  The criminal becomes the real victim here - you see how this works.

Again, I don't buy it.  The real struggle, and it really isn't much of one, is to just live your life and support yourself and be a productive member of society.  Going to work everyday, fighting the rush hour commute, getting to your office on time, doing your job, putting up with an asshole of a boss, collecting that meager paycheck, and paying your bills - that's the real struggle in life.  And it's not really all that hard.  It can be a grind, day in and day out, year after year.

(And yes, it can suck, particularly at low-wage jobs, which I had to work at and try to support myself with.   It wasn't easy, but I managed to do it, in 1980, when unemployment was 10% and inflation was as well.   Today, things are a little easier.)

The real heroes in this world are the people who show up for work every day and work hard.  Those are the people who are really struggling.  And yet we never give them any sort of accolade or congratulation for their effort.  Instead, we talk long and loud about the struggles of drug addicts and crazy people as if they were fighting some noble cause.

Maybe it's time we change this narrative and stopped lauding bums and criminals and instead heap accolades on the real heroes in our society - the working people who are doing the hard thing and not taking the easy way out.