Will You Live Long Enough To Retire? 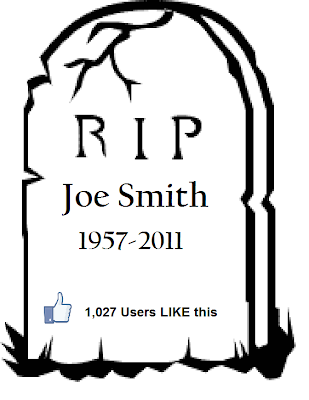 One question that eludes most people in retirement planning is whether they will live long enough to see it.


I was caught in one of those Wikipedia Rabbit-Holes the other day.  I was reading a book given to me, electronically, by a fellow camper (along with 6989 other titles - figure out the retail cost on that - did I mention I have 11,000 songs on my phone as well?  At $0.99 a song on iTunes, I would have enough to buy a good used car!).  Anyway, the book was from cracked.com which used to be a Mad magazine ripoff, but has morphed online and now into bookstores.  It was sort of a "News of the Weird" kind of thing - the "betcha didn't know that!" kind of book.  Amusing, but not entirely accurate.

One article was about misrepresentations by the media.  One story was about the Dateline NBC piece about "sidesaddle" gas tanks exploding on GM pickup trucks.  It seems they are guaranteed to explode if, like NBC did, you detonate them with incendiary devices moments before impact, and leave the gas cap loose to insure a fireball of flame for the cameras.  This struck me as so ludicrous that I had to Google it.  And according to Wikipedia, it is true.   The sidesaddle gas tank wasn't the best of designs (indeed, neither were the behind-the-axle tanks of the 1960's and 1970's - but their central filler was convenient to use!).  But Dateline NBC really screwed up - and in a way sanitized the image of GM.   Conspiracy theorists can step in here.... GM was a big advertiser on NBC!

But getting back to Wikipedia, I read the article about the C/K 10 pickups and it mentioned New Process Gear transfer cases (which, ironically, my BMW X5 had) and I clicked on the link to that. I used to drive by the factory on my way to Carrier in Syracuse, and not surprisingly, the factory is now gone. I looked up Carrier, and it is mostly gone, too - bulldozed right into the ground, as if they wanted to salt the earth. The biggest spot for high-rise construction is no longer in America, but Asia, and the big centrifugal chillers Carrier makes are easier to make and sell nearer their main market - not coincidentally where labor is cheaper.
The workers in Indiana should have known that a measly $7M bribe to keep jobs there wouldn't work - Carrier turned down $210 million from the unions and local governments to keep the Syracuse plant going.  Too bad the unions and local government didn't figure this out in the 1970s instead of waiting until the 2000's.

I looked up my Dad's old plant - also gone, also bulldozed.  It made me kind of sad, but then again, time marches on.  One of my Dad's old plant buildings had been bought by a guy named Tony Bagadonuts, who had it declared an "Historical Landmark" (as opposed to an historical eyesore) and he hoped to make a lot of money from it.   The mob still runs things in Central New York, which is why all the companies left.

But it got me to thinking about those old days, nearly 40 years ago, and I realized my 40th High School reunion was this year.  On a whim, I looked that up, and it seems a few dozen of my classmates (out of a class of 177) had gotten together to talk wistfully about the old times.  Googling further, I found a rather morbid facebook page dedicated to all the alumni of my high school who had died.   What was shocking, to me, anyway, was that about 17 people - about 10% - of my high school class was listed as dead.   Some of them people I knew, others people whose names were only memories.   But it was jarring.

I even found out an old boyfriend of mine had died - at age 52. No word on cause of death. It was kind of shocking, but then again, I realized that this is probably about a normal statistical distribution, and why it is so easy to assemble things like the "Clinton Death List" - if you live long enough, a lot of people you know will die, from accidents, illness, suicide, and even murder.  And the older you get, the more people you know will kick the bucket.

It is funny, but a friend of mine said, "All you ever talk about is money and death!" which struck me as odd.   He lives in suburbia and his parents are still alive and he can still kid himself that life goes on forever and moreover, funding the 401(k) is something he can do "later on" like when he is 62 or something - or maybe his parents will leave him a pile.   Or he'll work until age 70 or never retire.   Me, on the other hand, living in "God's waiting room" and seeing my older friends get ill, infirm, and often leave the island feet-first, have a more realistic view of life.  On average, I may live another 20 years or so.  The idea that I will be around until age 95 probably isn't in the cards.

A lot of people think they will live forever - because they know friends and family who live into their 80's or longer.   They forget about their friends who died of cancer at age 50 - or view that as some sort of "but for" aberration in life.  If you just take the right vitamins and exercise, you'll live forever - regardless of your family's history of congenital heart defects.  Tell that to Jim Fixx.

The oldest man in the US - and oldest WWII vet just passed away.  Pretty soon, the youngest WWII vet - the last one - will pass away as well, and an era will be over.  But the title of "oldest person" in the country or world is a crown that is not worn for a long period of time - days, perhaps weeks, not often months, and never years.  The only exception is, of course, Mel Brooks, who has been the "World's Oldest Man" for over a half-century now.  But that is a fiction.

Confronting your mortality is helpful in planning your finances.  If you believe in the "I'll live forever" mentality, then the idea of living "paycheck to paycheck" and spending every last dollar you have on loan payments seems like a swell idea.  After all, this thing called "life" goes on forever, or anyway to a higher number of years than we can count, so don't sweat it, right?

But if you factor death into the equation, you realize the time you have to "save up for retirement" is finite and cannot be put off for tomorrow.  You realize that there will come a time - sooner than you think - when you lose your job, usually in your mid-50's (as my friend did) and you have to contemplate early retirement or a second career - which fortunately my friend found.   Now about that pesky 401(k)....

Anyway, this got me to thinking, how many people actually live long enough to retire?  It is not an easy question to answer, as "retirement age" like the drinking age, keeps ratcheting up, and it seems that like with the drinking age, I am perpetually one year away from making it.  By the time I am 70, the "full" retirement age will be 75.  You just know it.  And there is a statistical reason behind this.  When I googled the question, this response popped up:

In 1900, 75 percent of the people in the United States died before they reached age 65. Today, this is almost reversed: about 70 percent of people die after age 65. Since 1900, life expectancy has increased by more than 50 percent, from a little less than fifty years to about seventy-five years.Jan 30, 2001

Demographic Data on Aging and Retirement

And that right there illustrates why Social Security is in trouble.   When it was created, they didn't think most people would ever collect on it.  Today, most will, but a large portion - nearly 1/3 - will kick the bucket before reaching retirement age.  People like my neighbor, who had an aneurysm two months before his retirement party.  But increased lifespans mean more people are collecting.  It also means that retirement age will inevitably have to go up over time.   Bad news for our generation!

But it struck me that a whole lot of people will never experience the joy and tranquility of a contemplative life (indeed, many retirees may not - involving themselves in a bevy of activities to stave off loneliness and thinking about the inevitable).   Today, most people haven't saved a nickel for retirement and tell themselves, "I'll just work until I'm 70!" as if God will tack on an additional five years to their lives to compensate.  The longer you put off retirement, the less likely you are to ever experience it, and even if you do make it, the amount of retirement you will enjoy will be brief.

Not only that, but it will be uncomfortable.  The "I'll never retire!" crowd is usually forced out when they are too old and infirm to work, which means they transition almost directly from the office cubicle to the rest home, without a stop at the golf course in-between.

This is, of course, a choice, even if many people claim it isn't.  They spend-it-all-now and borrow more to have stuff today, and then hope to pay for it all down the road.   Some claim to enjoy working.  I met a Patent Attorney well into his 70's doing foreign prosecution for a German chemical company.  I could see where that might be relaxing work, as most of the heavy lifting is done by your overseas client's German attorney, and all you need do is fill out forms.  And with Chemical engineering, well, none of these "software" rejections that are difficult to overcome these days.   You have a practice like that, and with some good clerks and secretaries, it can almost run itself.

And besides, there is the money, which I think he likes, as it allows him to control his adult children.  Sadly, many retirees take up this expensive hobby, although few can really afford it.  But I digress.

The point is, you have to enjoy life while you can, as you are not guaranteed the "four score and 20" that they talk about in the Bible.  A young friend of mine and her boyfriend hitch-hiked around the world in their 20's - twice.  At the time, many of us shook our heads at them walking away from "good jobs" and possessions and real estate.   But they had a good time and today have "good jobs" and a house and kids - and memories of a trip that they likely might never be able to take again, or at least not in the same manner.

So many people end up with this paycheck-to-paycheck mentality, not because they barely make enough money to survive, but because they feel entitled to a luxury SUV and all the cable channels.  They fall into depression, working 8-10 hours a day and watching television 4.5 hours a day (the national average) and then anesthetizing themselves with restaurant meals and Amazon purchases.

Someday, they think, they will have a chance to get off the merry-go-round and really relax and retire.  But so long as owning "things" is the centerpiece of their life, that someday may never happen.  And the stress of paying for it all might lead them to an early grave.
Newer Post Older Post Home