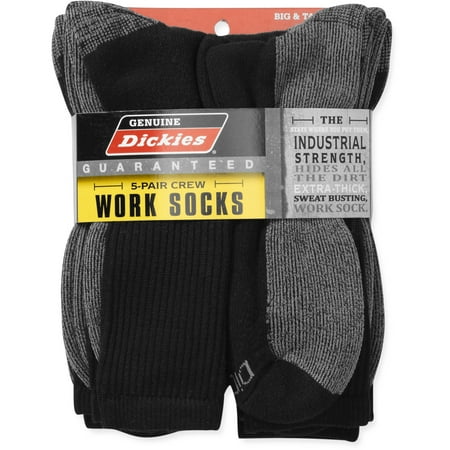 Socks that fit - without losing their elasticity!


Note:  In response to my previous posting on stainless steel tumblers from WalMart, a reader asks if they are "made in China" - as if it were possible to buy things only made in America or Canada these days.  Of course they are made in China - which is why they are $5 apiece ($20 for a set of four) instead of $20 apiece.  I didn't realize until I perused their entire line of products, but the Ozark Trail line of products is basically a low-cost ripoff of the overpriced "Yeti" brand of coolers and outdoor gear.  And by ripoff I don't mean they stole anything, only that they sell for less and are based on the same product ideas (which do not appear to be Patentable).  Of course, you don't get a cool "Yeti" sticker to put on the back of your pickup truck or on the windshield of your boat (stickers sold separately - $4.99 apiece!) but we all have to make sacrifices.

You can bash China all you want to, I myself prefer to get my products for 1/4 to 1/10th the cost of "American" made products.  And after actually having worked in American factories and seen how overpaid and underworked American workers are (and what whiny bitches they are) I have little sympathy for them when they lose their overpaid jobs.  I mean, going on strike for months when you are overpaid compared to local talent by at least a factor of four is just insane.  And yes, I was in the union once - it sucked.  Unions suck.  Organized crime sucks.  I am being redundant.

So, if you want to spend $20 on ONE drinking glass so the 'murican worker can buy a new monster truck, you go right ahead - I'll buy four for the same price.  And that 'murican worker - he's buying all the crap made in China, too.  Why?  He's no fool - he wants his money to go further.  And yes, with layoffs and salary stagnation, it pays to buy things that are less expensive - your dollar goes further.  So in reality, the 'murican worker of today may make the same amount of money (in terms of dollars) but his dollar goes a lot further than it did 10, 20, or even 30 years ago - thanks to cheap crap from China.   The "American Made" Coleman cooler of 1975 was $99 at the local hardware store.  Today, you can buy it for about the same price - in dollar terms.  In terms of inflation, you can buy six today for the price of one back then.   I've said it before and I'll say it again - although it is unpopular to say this in America today - we are a far wealthier nation today in real terms than in the not-too-distant past.

Socks have been the bane of my existence since as long as I can remember.  They were always falling down, or stretching out of shape after only one or two uses.  In the 1970's, striped athletic socks became a thing - socks that extended past your calves.  These actually stood up well, as they didn't tend to fall down to my ankles, like other kinds of socks.  By my large feet (13EEE) and large calves meant that they elastic would stretch out after a few uses, and once again, I had socks around my ankles.

But while traveling, we found a set of socks that fit both of us, are warm and comfortable without overheating your feet (like LL Bean socks do) and are nice enough to wear to "nice places" - they are Dickies work socks.   We bought a set of these somewhere along the way - perhaps at WalMart, I do not know.  But geez, they fit well, they breath, they are warm, they come in different colors, and they don't bunch up around your ankles or wad up under your big toe.

Oh, and they are reasonably priced - likely because they are made in bad old evil China, or as WalMart calls it, "Country of Origin:  Imported"  You don't have to be a detective to read between the lines there.

But unlike really cheap socks, such as they sell at Dollar Tree, these actually fit well and last a good long time.   And when I find something that works well and sells for a reasonable price, I am quite ecstatic.

Makes a great Christmas gift!
NOTE: These come in different weights. There are heavy duty insulated socks which are too hot for warm climates. The ones I prefer are the lighter weight socks.
Newer Post Older Post Home