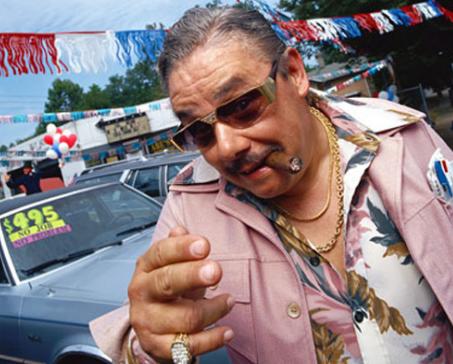 If you crank the numbers on this scam, you see it is just a redistribution of wealth.


This "Guaranteed Basic Income" thing is great for the media - it generates a lot of clicks.  And some politicians are getting out in front of the "movement" as well.   Some argue that it must be a good idea, as people from across the political spectrum - including some famous people - are in favor of it.  The problem with that "argument" is that it is merely a credentialist argument.   Mr. Smart Guy says it is a good idea, so it must be, as he is Mr. Smart guy!   But history has shown that smart people do dumb things.   Chelsea Clinton's Father-In-Law went to jail for stealing from his clients to send money to Nigeria when he was conned by some 21-year-old in a Nigerian Internet Cafe.   Millions of dollars and jail time - and he was a "smart guy".

So that is not an argument - the fact a cockamamie idea is endorsed by a particular person or people.  And in fact like all credentialist arguments, it is not an argument at all, but a way of shutting down argument and discussion, because you can't respond to a credentialist augment other than to say the "smart guy" making the argument is, in fact, an idiot.   Never confuse getting lucky with being brilliant.   We hang on the every word of Bill Gates or Steve Jobs or that Zuckerberg kid, as if they have some great insight to the future of technology, when in reality, these were people mostly in the right place at the right time - smart enough to take advantage of opportunities dumped in their laps (unlike most of us) but hardly brilliant innovators who had a vision of the future.

A better approach than to say an idea is endorsed by celebrities is to examine the underlying idea itself.  And if you "do the math" you quickly realize that doubling the national budget and giving away money in a wealth redistribution scheme are really not ideas that hold water or add up in a mathematical sense.

Suppose, for example, we could enact "guaranteed basic income" or "guaranteed minimum income" or whatever you want to call it.   And let's say we give everyone $10,000 a year - an amount bandied about by proponents of this plan.  How would this play out?

As I noted before, this comes to a whopping $3.15 trillion a year, which might be reduced to "only" $2 Trillion if we cancel social security and other entitlement programs (which would be a huge pay cut for those already on Social Security who would riot in The Villages if you tried to enact this- but let's take that aside for the moment).

Unless we want to borrow nearly 2/3 of the national budget every year, on top of what we already borrow, we'd have to raise taxes by $2 trillion dollars.   Actually, since we would be abolishing the social security tax, we'd have to raise taxes by $3.15 trillion (not counting administrative costs for the plan!) after cutting the 16% self-employment tax and the 8% SS tax and 8% employer contribution.  So we are basically doubling the annual budget which is today, about $3.8 trillion dollars or $12,000 per person as it is.

The 25% bracket guy is subsidizing the 15% bracket guy, no matter how you slice it.  Our high-earner in the old 35% bracket is now paying for ten people to receive their $10,000 check from Uncle Sugar, which really is a check from your fellow citizens.    This makes a lot of "sense" if you work as a burger flipper at a fast-food restaurant, less sense if you own the restaurant.

Now I rounded the numbers here for convenience.  You can crank the numbers anyway you want.   The bottom line is, you have to do the math on this, and no, you can't merely double the national budget and expect the money to just appear out of nowhere.

The big problem is that Americans would not stand for doubling the tax rates.  And history has shown that if you raise tax rates high enough, you stifle the economy, which means you'd have to raise rates even higher or cut benefits or borrow even more.  As you tax the economy to death, the economy will suffer, meaning less tax revenue.  It becomes a vicious circle, raising rates to 70% even 90% (and even 100% in some countries)

The other huge problem with high tax rates is that when they get high enough, people spend more time avoiding taxes than actually working.  When taxes get wacky, people go to great lengths to avoid paying them - legally - and thus spend useful work doing nothing of consequence.   And usually, only the very rich can do this.  They can afford to move to countries where taxes are lower, or register their boats and cars in places where there are no taxes.

Think I'm lying?  When we lived in Alexandria, Virginia, which had an annual 4.5% property tax on cars, the rich folks living in houses with garages all had new Mercedes with District of Columbia tags on them.  They registered their cars at their office address, and avoided paying thousands of dollars a year in car taxes.  Meanwhile, the county would send cars through the low-income apartments to ticket people who didn't register their cars in Virginia and pay the taxes (yes, I got caught!).   It became a poverty tax - enforced only against the poor and middle-class.  The very rich just played games and avoided paying it.

Or like California's yacht tax.   You have a big yacht, you register it in Mexico and leave it there for more than six months a year.  The fishing is better in Baja anyway, right?   Life is good.  Meanwhile, the guy with the 26-foot family boat has to pay.  He can't hire people to keep his boat in a foreign country.   The poor pay, the rich get away.   And this happens when you try to raise taxes in an uneven manner.

Or consider the staggering VAT or Value Added Tax they have in Europe.   I had a friend who bought old Sea Ray boats, converted them to diesel power, and had them shipped to Europe on container ships.  A SAS pilot ran the whole operation and sold the boats for a tidy profit in Sweden.  Why?  The VAT tax on a used boat was pretty low, but on a new boat, it was murder.  What did this do to the Swedish boat building industry?   It exported jobs to Fort Lauderdale, is what it did.

You can "tax the rich" all you want, they can afford to figure out ways not to pay - by incorporating, moving overseas, moving assets, registering in foreign countries, or whatever.   All perfectly legal, too, and they can afford the overhead of accountants and lawyers.

Now some folks think we can raise this money by increasing the corporate income tax, or enacting trade tariff taxes, or a national sales tax, or whatever.   Go ahead and figure out some sort of scheme, just remember you are doubling the national budget overnight with this idea, and you may have heard some inkling that balancing the existing budget has been very, very hard to do.

Bear in mind also that while $10,000 may seem like a "lot of money" (it isn't) today, it will quickly evaporate its earning power as inflation - which will rise as a result of this scheme - eats away at the earning power.  So you quickly have to raise the "guaranteed basic income" to $12,000 then $15,000 and $20,000 and so on.   You'll be carrying money to the bank in wheelbarrows before long, as inflation skyrockets - wiping out most of the country financially.

Sorry, but this idea is just plain insane.   Giving away money sounds great if you are living in your parents' basement and smoking pot all day long.   A lot of things sound great in that scenario, including ordering a pizza right about now.  With chicken wings.

It is sad to me that people actually believe in this nonsense, and not just stoners in their parents' basements, but some silicon valley "visionaries" (hint: good time to sell their stock!) and people on both sides of the political spectrum.

Democracy fails when the plebes realize they can all vote themselves a raise - I think Heinlein said that.   Once that happens, all bets are off.   Fewer and fewer people will want to work or work hard, as the "reward" for working will only be to pay taxes to pay your fellow citizens.

Think of it this way, suppose you won the lottery and they took 90% of your winnings and gave it to everyone else who played the lottery that day?   Would that be "fair"?  Some would argue yes, as it evens out the outcome and redistributes the wealth and provides better income inequality.

Life is not the lottery, of course.  It is less about "getting lucky" and more about "applying yourself".  And when you apply yourself, you can become successful, and you might have a crazy idea at that point that decades of hard work that have paid off for you should not be spent on paying someone else.

If we remove the incentive to work, fewer people will work.  And few people will find any incentive to start or run a business, invent, or create, if all the profits from their efforts are taken away in taxes and given to other people.

Our system already does this to a limited extent.  But we triage who receives the money and make sure that the least possible is paid out.  We limit what people can buy with food stamps, because quite frankly, they need that kind of guidance.

Whatever you perceive the "problems" in the world to be, throwing money at any problem is rarely, and in fact never, the correct answer.   We spend more per capita on education in the District of Columbia than any other jurisdiction in the country - and still have some of the lowest test scores.   What is needed isn't more money, but a better application of what money we are spending - plus new rules and regulations that allow teachers to teach and force students to learn, or leave.

These posited "nightmares" of massive unemployment and layoffs and "make-work" jobs have yet to materialize.  In fact, we have record low unemployment at the present time, and millions of jobs going unfilled for lack of qualified candidates.   The problem is already that we have too many incentives not to work and not enough incentives to work.   Piling on a huge non-work incentive will just make things far worse.

This is an insane idea.   And even more insane that "guaranteed basic income" is the idea that I would ever support this concept or be persuaded of it, after posting over 3,000 blog entries emphasizing personal responsibility in the world.   Sorry, but no sale, just as I am not about to get all weepy about some asshole who refused to leave his seat on a plane (I see he got his payout - mission accomplished!).

What our country needs isn't more victim-mentality, but less of it.  We have to stop feeling sorry for ourselves and for other people who put themselves in harms way and then claim to be "victims."  It never works out very well for anyone involved.

Self-actualization is a far better path.   Put down the bong and get back to work!
Newer Post Older Post Home