Why I Am Getting Out of Stocks 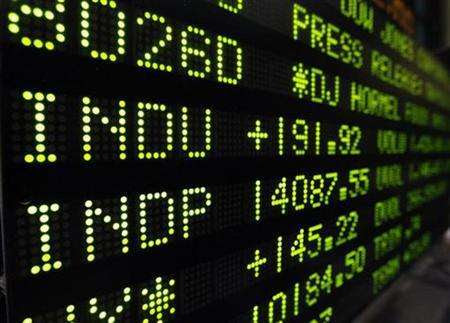 Timing the market is hard to do.  However, sometimes personal reasons and market reasons my coincide.


The one chance in my life I had to time the market, I pretty much ignored it.   Back in 2008, if you can remember that far, the economy started to tank.   Gas shot up to over $5 a gallon.  The foreclosure crises was in full bloom.   People lost their jobs, people lost their houses.  Consumer confidence started to plummet.  The automakers were hitting the skids.

And I hung on.  In retrospect, it wasn't a bad idea, as most of the stocks I had (except GM stock and Fannie Mae) bounced back within a year.   Most of these companies had solid balance sheets and solid products, and they continued in business.   And the one "gamble" I did take at the bottom of the market, soared up 7000% and compensated for my losses with GM and FNMA.

But I hung on to stocks even as bad news piled up.   GM was showing losses in 2005, three years before it became apparent to everyone it would go bankrupt, and four years before the actual bankruptcy.  I read in the papers about this at the time and thought they would turn things around.  After all, the largest car maker in the world - my former employer as well as my Alma Mater - couldn't go bankrupt, right?

A recession is likely, because of a number of factors.  In fact, some of the strengths of the economy could turn into real weaknesses.   Low unemployment means wages will rise, and that can fuel inflation.   Interest rates are already rising, which could also lead to inflation.   While ordinarily inflation means a robust economy, we've seen in the past - in the 1970's - that inflation can lead to stagflation as people buy less, because things cost more.

But we needn't worry about that yet - inflation is down right now, as is consumer spending.   One of the miner's canaries in this deal is the amount of easy money lent over the last few years.   Low-cost loans and zero-interest loans were made to consumers, who went out and bought a lot of stuff, particularly cars.   Used cars are starting to be a drug on the market, and as a result, resale values are down.  Good time to buy a used car, bad time to sell one.   And if you took one of those low-interest or zero-interest seven-year loans, you may find you own more on the loan than the car is worth.

No problem, you say, just fold over the negative equity into a new car loan!  Well, that is bad personal financial advice to be sure.  But with default rates on sub-prime lending rising, that negative-equity loan will be harder to get - and if you get it, at a higher interest rates.   Ford is already showing a slowing in sales and predicts a whopping 14% decrease in profits this year.  And Ford is not alone in this pickle.   Overcapacity still plagues the auto industry, which is why Fiat-Chrysler has been trying to sell itself, like a street prostitute, to the highest bidder (with no takers!).

Fiat-Chrysler finally claims to have given up on gay marriage to GM, but VW is acting like a suitor.  The problem for Fiat-Chrysler is massive debt, which they want to dig themselves out of.

Do these sound like companies to invest in, at the present time?   Last week, I sold all of my auto stocks (other than what is in my mutual funds, which is anyone's guess).   At the very least, we will see profits stagnate because the auto industry is indeed cyclical.  1957 was a boom year, 1959 was bust.  It is a pattern repeated throughout the 60's, 70's, 80's and today.   People all buy cars and then demand is satiated for a while, and sales drop, particularly these days as scores of off-lease cars flood the secondary market.

But what about other stocks?   This is the conundrum.  Airline stocks are making record profits - steadily and continuously for the first time since, well, since airlines were invented.   The problem is, if we see a recession, we'll see air travel drop off.   And if people stop flying internationally, because maybe we aren't welcome overseas or we stop welcoming people in the US, then air travel profits will drop off as well.   Planes are flying at capacity as it is, but some airlines are talking about adding more planes, which could create overcapacity, particularly if air travel drops off.   Fare wars, which haven't been seen in a decade, could result.

The airplane companies are feeling the pinch already.  While sales are steady for some models, airlines are clamoring for planes that simply don't exist - asking Boeing, for example, to make a plane like the discontinued 757.   They will make one, but it may take a few years to materialize - by then the market may have moved on.   Tellingly, both plane makers are finding little market for their flagship jumbos, the 747-8 and the A-380 and there is talk of discontinuing both.   And while both manufacturers had the market to themselves, smaller companies like Bombardier and Embrarer are starting to build larger and larger planes.   Will they challenge Boeing and Airbus directly?   Recall that Boeing's best-selling aircraft of all time was the lowly 737, which started out as little more than a regional jet and took off (pardon the pun) from there.

Sold Boeing, Sold Southwest.   Maybe I am making a mistake here - Boeing could make a ton of dough in defense contacts if Trump's defense budget goes through or he starts another war.  On the other hand, I made good profits on these stocks (200% on Southwest) so why not take the profit and put it into an FDIC insured CD?

Quite frankly, I think most people are hoping most of his agenda falls by the wayside.   Traditional Republicans have little taste for more deficit spending - so goodbye wall, goodbye "infrastructure" spending, and perhaps even goodbye tax cuts - without corresponding spending cuts.   The biggie of course, is some sort of import tariff or "border tax" (same thing).   History has shown time and time again that tariff wars usually either cause recessions or depressions, or make them last longer than they should.   Our economy is the largest in the world because of free trade not in spite of it.  Cushy union jobs aren't coming back if we enact a border tax.   All that might happen is more non-union plants open up in the South.

The market is cyclical, so the other factor is maybe we are just due for a recession anyway.   Things build up and up and up, and then like a balloon, the pressure releases (or perhaps like an orgasm).  It is chaos theory, basically.  After a seven or eight year bull market, maybe it is time for a pull-back.   It is hard to say.   World events may overcome us in any event - things seem less and less stable than in recent years.   Every country either wants to divide from itself, or has elected dictators to run the place.  Duterte, Maduro, Erdoğan, Putin, Kim Jung Un, el-Sisi, al-Assad and so on.  Connect the dots, one of these is going to cause some sort of real trouble in the next few years.  And the Western world, divided as it is (by design, thank you Vladimir Putin!) will be in poor shape to cope.   Another 9/11 attack is all it could take to put the stock market in a tailspin.

Or maybe not.  That's the problem with trying to predict the future without a working time machine.  Maybe it will all be sunshine and roses.   Maybe Trump and Putin will work something out and Assad will leave Syria peacefully and ISIS will lay down its arms.   Free elections will take place in Venezuela and pigs will fly.  It could happen.   Really, it could.

To tell you the truth, one reason I did retire early and also slimmed down my portfolio of real estate and "things" is that I wanted to be able to pick up and move on a moment's notice.   Maybe World War II is ancient history to you.  I met a 13-year old the other day who told me that she is learning about Hitler in school.  "He fought the Communists," she said.  I guess that was all she got out of today's textbooks.

To me, it was a very recent thing.  I grew up playing GI's and Nazis, with surplus army gear my Dad had, including a Nazi helmet he picked up as a souvenir at El-Alamein.  No he wasn't there during the battle, but in the 1950's, old German equipment still littered the battlefield.

Anyway the experience to me wasn't historical but recent history.  When I grew up, we had beaten the Nazis, and now we were going to beat the Russkies.  And we did, too.   Too bad we lost the peace.

But one thing that always stuck in my mind was reading of the experiences of the Jews in Germany before the war.  So many stayed when they had a chance to leave, convinced that "Herr Hitler" would be reined-in by more rational voices.    It couldn't get that bad, could it?   By the time they figured out it was that bad, it was nearly impossible to leave, and before long the borders were closed.

There is a reason I live on an island.  I'm not sticking around just to water the plants, when the stormtroopers come a-knocking.

But the real personal reason I am migrating away from stocks is that I am getting older and can afford to gamble less and less in the market.  One thing about getting older is that you realize that you've basically made all the money you have made in your lifetime.   Putting another $2000 in your IRA this year really means bubkis.   You'll be spending that money in a few years, so what's the point?   Particularly when the tax advantages are nearly nil when you are in the lower tax brackets.

So yes, you can make great gains in the market when you invest young, invest for the long haul, and clean up, over time - and you can afford to take huge losses as we did in 2009.   But the older you get, the less you can afford a "do-over" in the market.   You may lose out and then never recover.   And the potential gains you are giving up by going to "safe harbors" are a lot smaller.   When you are taking years instead of decades, the upside is a lot less.

And at the present time, excluding Real Estate, I am below this 58% figure.   A lot of our investments are in various mutual funds, some safe, low-yield investments, some riskier stocks.  We also own a lot of stocks directly.  And some are in fairly risky but higher yield foreign investments.

The point is, I need to get this number down below 42% of my portfolio.   I have no business risking so much in stocks, particularly at a time when things seem, well, quite uncertain.

So, tomorrow, I am going to liquidate a few more stocks, particularly those that seem speculative or risky.   And some mutual funds may go away as well.  I don't plan on "dumping" anything, but rather, over time, making some trades to migrate some of my stocks to safer harbors - government bonds, FDIC insured CDs and things of that nature.  As with each passing year, I will take another 1% and move it over to safer harbors.

Frankly, I should have been doing this years ago.