The Slideout Craze - How Status Sells 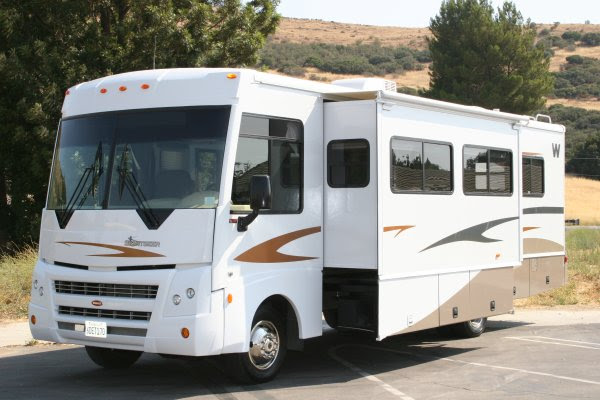 When slide-outs first appeared on the scene, many folks traded-in their old RVs just to have the latest and greatest.


Slide-outs are all the rage with RVs these days.   It isn't like an RV doesn't leak and flex enough going down the road as it is, they have to cut a huge hole in the side of these things and take away more than half the structure as well.   What's not to like?   Oh, they're now heavier as well!

You may think a slide-out is a functional addition to a motorhome or trailer, but it really is more about status.   Today, manufacturers put slide-outs on everything - even tiny trailers (with tiny, useless slides) as people expect them and a rig without slide-outs is hard to sell.   Wouldn't it be easier than putting a 2 foot slide on an 18 foot trailer than just to make the 18 foot trailer 2 ft longer?
But manufacturers do this. Some slides only pop out a few inches, making one wonder how much space you're really gaining. It's become less about adding additional space and more about just saying you have a slide because people want that feature in a trailer even if they would have the same amount of room by buying a longer trailer without slides.

It is akin to the SUV craze.  You can build a really great car that is reasonably priced and has excellent quality and gas mileage.   It will sell like lead balloons.   Jack it up a few inches, add some body cladding, big tires, and an aggressive grill and call it an "SUV" and it will sell like hotcakes, even though you've added $10,000 or more to the price tag, taken away 5 mpg, and made it handle like a kitchen stool on wheels.

Why is this?   People are deathly afraid of being mocked.  I recounted before about a couple who had a "paid-for" motorhome and traded it in on a monster coach with three slides, which they eventually lost to the re-po man.   Why did they make this idiotic financial decision?  Well, believe it or not, they were shamed into it.   They were in a campground somewhere, and having cocktails with some folks, and some blowhard who just signed his life away on a motorhome (whose loan his wife will have to pay off once he dies) made mocking comments on my friend's older coach. "It doesn't even have a slide!  How can you possibly live in that thing!"

And instead of just blowing it off and realizing the guy was a blowhard (and not someone to hang out with - talk about shallow!) they took it to heart, at least subconsciously.

Worse yet was the time they went to a "motorcoach resort" and were roundly mocked by people over-their-heads-in-debt on monster coaches.  How could they live in something so small?   And old?  Yes, a coach that is 5-10 years old is considered "ancient" by the motor coach set, even though many are bought on 20-years loans and the owners are upside-down by tens of thousands of dollars (which they don't have) by year 10.   Most fold over this negative equity into a new loan on a new coach.

The next time they visited this same resort, they were refused admission because their coach was deemed too old!   So, shamed and humiliated, they went off to the RV dealer and traded in their "paid for" coach for a brand-new one!  They'll show those people they hardly even know, who's boss!

Idiotic?  Yup.   People do it all the time.   A decade or so ago, you could go into an RV dealer and pick up a used trailer or motorhome for nearly nothing if it didn't have a slide-out.   They were poison on the market - no one wanted them, because they had no status.   The slide-out marked you as having a newer coach, just as the third brake light marked you as having a new car in the early 1980's (and many people installed them on older cars to "keep up").
People will bankrupt themselves all the time for status.  And it is sad to see.

What is odd to me is that many of these slide-outs are nonsensical or non-functional.   An 18-foot travel trailer has a 18" slide-out.   It slides out the dinette 18".   What is the point of this?   Why not make the trailer 18" longer?   Other slideouts are equally as silly - wardrobes or closets that slide out to provide aisle space.   Why not put the closet elsewhere?

Others look like maintenance nightmares.   Kitchens and even bathrooms that slide out.   What's not to like?   You just have to put in flexible electrical, gas, hot and cold water, and sewer connectors.  These hoses will never chafe or wear out, going down the road.
Many modern trailers have entire sides that slide out, which basically takes the rigid box structure and removes one whole side - sometimes two.   Experiment with a shoebox sometime and see how rigid it is with the lid on, versus off.   In order to make these coach-wide slides, the entire thing has to be build above the wheel arches, which means the coach or trailer is now a foot or two higher than older models.   Three or four steps just to get in to the thing, not to mention more wind resistance and a higher center of gravity.

And the seals?   Water rains down on the slide and you hope it doesn't leak, because since the roof of the slide is flat, the water doesn't run off.  And leaves and pine needles aren't helping any.  So you put an awning on the slide, which helps, except that rain and leaves can come in from the sides and the awing sags.   So you put a beach ball under the awning to prop it up.   But now you have to carry a huge stepladder with you so you can reach it, because the roof of the thing is nearly two stories off the ground.

But the space!  All that space!   For what?  A dancing contest?  Every rig I have been in, with the slides out, merely presents a lot of useless walking space in the middle.   What you need this for, other than a "sense of space" is hard to understand.

And with the slides in?  You often can't even walk through the coach.   Good luck using the bathroom after making a quick stop - all the slides have to be out to access anything.

And when they break, oh boy!   Stuck in an RV park for a week while you wait for parts, as your slide has no manual crank option (as many do!).   Or worse yet, stuck in a parking lot somewhere and unable to get your slide in.   Or stuck in the RV park and you can't get the slide out.

And over time, you see these rigs start to settle on the frame.  The slide is crooked, one edge is popped out.   It still works, sort of.  Kind of leaks now, too.  You can see air in the gaps and bugs get in.  You stuff a "wacky noodle" in there as a temporary fix.

I just can't figure it out, particularly on the smaller rigs.   Why buy an 18-foot travel trailer with a slide when a 22-footer without one has far more room, costs less, and is easier to set up and tow?

But again, it gets down to status and "features".  Cell phones and computers and other electronics are no different  Manufacturers get caught up in a race to install "features" not because anyone wants them or uses them, but because the other fellow sells that feature.   You have to match the competition feature for feature or your product comes up lacking.   Consumers, not able to recognize quality or utility, simply sum up features and divide by price - and make their buying choice.
As I noted before, if you want a screaming deal in transportation right now, check out used cars but not used SUVs or Trucks.  The demand for these larger gas-hogs is skyrocketing to the point there car makers have to give away sedans to meet CAFE requirements.  On the used-car lot, they languish, and projections are, there will be a glut of them in the coming months.
If you want a real bargain an RV, look for one without slides. Not only will you pay a lot less for the rig, it will give you a lot less trouble down the road.