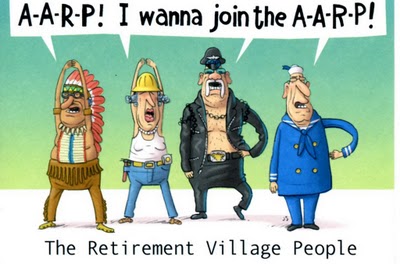 Why does the media like to stick labels on us?

I'm not sure how I want to be characterized if I should ever end up in the news either as being famous or infamous, or merely in my obituary.

I suppose I could be listed as a "motorist" or even a "consumer". And in the past I would have been deemed a "worker" or "businessman."

This is how the media likes to portray us. I thought about this recently with regard to an article regarding the MOAB bomb dropped in Afghanistan where they were talking with Afghan "villagers."  And I thought it would be nice if I could be a villager some day as well. Maybe if I moved to The Villages.

Why is it the media likes to use these sort of labels? They are important and have a profound impact on how you interpret a story. For example if you were to read the Afghan story and it said "Afghan businessmen talk about MOAB bomb", how would you interpret the narrative differently?

The term "villager" evokes some tan-skinned, wrinkled man, wearing a robe and one of those Hamid Karzid hats. Some charming local who mutilates his daughter's genitals because God told him to do so.

One word, that's all it takes. Once you slap the label on someone you can define who they are. Entrepreneur. Capitalist. Billionaire. Protester. Community organizer. Politician. Representative. Clergy.

For some reason, it is vitally important to us as people to understand who people are and what they do for a living before we listen to their stories. When we lived in Washington DC, it annoyed me to no end that at cocktail parties, the first question everyone asked was "What do you do?"

Of course, they weren't interested in what I did as a hobby or what I did in my spare time. They wanted to know what I did for a living, as that defined your existence in Washington DC. And on more than one occasion, when I replied "Patent Attorney" I could see the person making the mental  calculations as to whether I would be of use to them in their financial endeavors. And then when the answer spit out of their Univac-like brain that I was of no use to them, they would turn and walk away from me as if I didn't exist, which in their mind I didn't.

It irks me to no end that various media outlets like to use these labels. NPR loves to use the term "workers" when discussing issues involving anyone who has a job. When they want to run somebody down is being an evil capitalist, they use the term "businessman."

Much of the media loves to use the term "consumers" as if that was our primary function in life to consume and excrete continuously. Maybe we should be called excreters instead.

Or maybe just "spenders." Because when you get down to it that's what the media would like us to do - just spend our money on whatever it is their advertisers are selling.

These labels are often inaccurate and misleading. For example, an article discussing "farmers" could mean anything from some hippie chick with her organic garden patch in the backyard to a multi-millionaire (itself a label) agribusiness mogul with thousands of acres under cultivation.  The term is freighted with emotional meaning - farmers are, after all, the salt of the earth.  "If you ate today, thank a farmer!" the bumper sticker says.  Good thing they aren't in it just for the money.  Oh, wait...

"Teachers" is another term that the media loves to use, too.  Anything that a teacher says or a teacher invents is somehow better than a non-teacher. And of course "Mom" is the Mother of all labels. Advertisers tell us that Obama wants Moms to go back to school as if somehow women who have had children are singularly called-out.

And of course anything "invented by a Mom" has to be better than something invented by Dad, because we know how Dad's inventions usually pan out.

But the term "villager" - I want to be a villager. If you write my obituary or an article about me, please describe me as a villager because it just sounds so damn quaint.  Anything a villager has to say has to be better than a businessman, worker, or even a Mom!
Newer Post Older Post Home