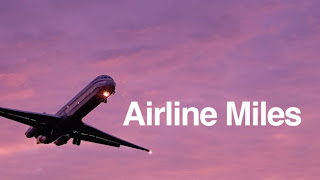 Flying is so unpleasant as it is.  Offering people more flying as an incentive is not very smart.
In a recent article on Bloomberg, an economist argues that the overbooking problem, which has been present in the airline industry since the 1940s, can be easily solved by allowing Airlines to auction vouchers to passengers.

The airlines already do this, however he proposes raising the ceiling on these auctions from the current level of 400% of the full fare amount.  While an interesting novel use of the free-market system to solve a problem created by the free market system, I don't think the idea will work any better than today's system.

It should be noted that today people are expressing a lot of moral outrage on social media about a recent incident on United Airlines flight where a passenger was asked to leave a flight and refused. Sadly, this reflects the level of intellect on social media, where people love to be outraged and grab pitchforks and go after someone without knowing all the facts.

And the facts are pretty simple. Once you get on an airplane particularly in this post 9/11 world, you give up a lot of your rights. The pilot the captain is in charge of the plane much as a captain is in charge of a ship. And his word is law.  If someone asks you to leave the plane you have to leave the plane regardless of whatever the reason given is.  And when you fight police officers, you will always lose. When you injure yourself by doing this it is your own fault. When you run back on the plane screaming incoherently it only adds to the problem.

Some on social media apparently seem believe that passengers should have the right to say no to the Captain and flight crew, which is of course is absurd.  If we allow passengers to decide for themselves who gets to stay on the plane in an overbooking situation, then it would become a race-to-the-bottom as each passenger becomes more belligerent, with the most belligerent passenger winning.

When you buy an airline ticket you're purchasing a contract.  Are the terms of this are set forth in the contract of carriage is something most people, except those on Facebook, already know.  And that contract is pretty simple and straightforward.  In consideration for the money that you paid for your ticket, the airline agrees to try to get you to your destination to the best of their ability but does not guarantee that.  They either get you there or maybe you get a credit toward a future flight.

And anyone with half an ounce of common sense would understand why. The airlines have really no control over whether issues, maintenance issues and other things that can delay or prevent flights from occurring entirely.  All they can do is hope to offer best efforts to get your to your destination.

A lot of folks also like to be outraged by the conditions on airplanes today, and sheepishly, I have to admit that includes myself.  One reason I haven't flown in so long is that the airlines have made flying such an unappealing proposition.  But as some economists note, it is us the paying public who have made flying unappealing, not the airlines.

In addition to our boorish behavior on the airplane, it is our insistence on ultra low airfares that have created the mess that we are in. We want a cheap flight to Ottumwa, Iowa, so we insist on low fares which means seats crammed together, flights overbooked, and people treated like cattle.  Since planes make no money if they are sitting idle, it means we have to deplane and board quickly so the plane can get back in the air as soon as possible.

Back in the days of the CAB and airline regulations, things we're not quite as hectic.  If you look at old pictures of airline terminals, you see the planes not pulled nose-in to the gate but rather parallel, with two jetways at the front and rear of the plane.  This made boarding a more casual affair. Back then, planes were like cruise ships, and that you could go aboard with your friends and see them off on their trip and then leave the plane later on before it took off.  In today's post 9/11 environment, obviously this is not practical.

But back then, flying was a more relaxed affair as the desire to turn around aircraft in the shortest amount of time didn't exist.  I recall sitting in airports watching planes sit at the gates for hours between flights.  And as I noted in an earlier posting, prior to deregulation, airlines were forced to fly unattractive routes with expensive equipment even if there was no demand for such flights.  As a teenager I once flew from Syracuse Hancock Airport to Hartford's Bradley Field on a 727 virtually the only passenger on board the plane.  Such was the nature of the regulated airlines.  As I recall, my Father paid nearly the cost of a decent used car to put me on that flight.

And the system was that way until Jimmy Carter was elected president and he, not Ronald Reagan, deregulated the airline industry.  We all wanted to fly and we wanted to fly for cheap so the problem is ours, not the airlines.  And now, since every Bubba and yahoo flies on airplanes and seems to relish the sardine-like conditions, they've made flying attractive for the rest of us.  People behaving badly, such as this fellow refusing to give up his seat, only makes matters worse and delays flights for hours.  Of course, one wonders if they're trying to intentionally create grounds for a lawsuit and no surprise, they're filing one

But getting back to vouchers, my own experience with the situation illustrates why they are bad idea that simply doesn't work.  Mark and I had been booked on a flight, I believe on United Airlines actually, many years ago when they announced that the plane was overbooked and asked for volunteers to leave the plane. Initially nobody offered to leave. Then the flight attendant offered a free voucher good for round trip airfare anywhere in the United States to anyone who would leave the plane.

The next flight was leaving in a couple hours and we figured why not take the voucher have a nice dinner at the airport and enjoy a free flight later on.  What we learned was the vouchers were basically worthless.  The vouchers had a time expiration of only a few months as I recall, so we had to use them almost right away or not be able to use them at all.  We tried to book a flight using the vouchers and we're told that there was no way we could both booked on the same flight using these vouchers. We would have to travel separately on separate flights.

Not only that, the airline would only allow us to fly convoluted route with multiple stops and layovers which would make the trip so unattractive. Spending five hours at Phoenix Sky Harbor on your way to San Francisco is not actually an optimal outcome.

So, much like my worthless American Airlines frequent flyer miles which I try to use recently to book a hotel room, we ended up allowing the voucher to expire as there was no way for us to actually use them on the system, and of course this was not by accident but by design.

And obviously, other people know this is well, which is why nobody wanted to leave that United flight exchange for a worthless voucher.  Perhaps if they handed out cash they might get more takers.  I'm not sure that any kind of certificate or coupon or voucher would be of any value to anybody in this day and age when we all know how the airlines play the game with these things.

And please, don't even try to offer me worthless airline miles.  If you did that, I would have a meltdown on the plane!
Newer Post Older Post Home