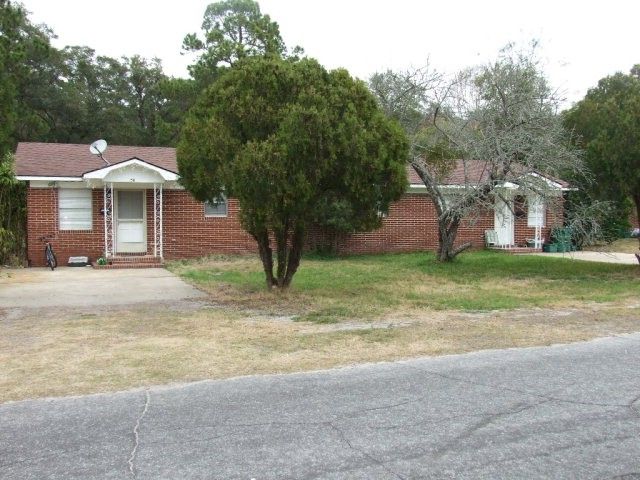 Should you buy a free-standing house, or are there other options?


Per my previous posting, I was musing about what guru Tony Robbins said about buying income property, and one thing he mentioned was buying a duplex instead of a free-standing house.   Not long ago in this country, this was quite common.   In my home town of Syracuse, New York, the standard home in the older neighborhoods was an up-and-down duplex.   The owner would live on the bottom floor and rent out the top level, which over time would pay for his entire cost of living.

Of course, you have to put up with being a landlord and having neighbors.  But I guess it worked for the Mertz's.   A little inconvenience can turn into a huge paycheck down the road.   But then again, most good investments do require some inconvenience, like saving up money, for example.

But what is the math on this like?   Well, let's take my current house and a duplex (both sides) which are on our island, which sell for about the same amount of money.  In fact, a friend of mine just did this - sold his freestanding house and bought a duplex, which he rents out one side of.  It has turned his house from an expense to a money-maker.

I detailed our actual housing costs in a recent posting:

We'll assume the taxes and utilities, lot rent, and insurance are the same for both properties, as they have equivalent values and are about the same size overall.   Using a mortage amortization calculator, assuming a $50,000 down payment and financing $300,000 over 30 years at 4.5%, we have a monthly payment of $1520 per month, plus $802.78 for utilities, insurance, taxes, and everything but repairs.  This totals $2322.77 per month just in carrying costs, exclusive of repairs.

Now, assume we can rent this unit for $850 a month for 12 months to a full-time tenant - which is the going rate on the island.  Or, we could rent it for $1200 a month seasonally (December - April) and for $1000 per week in the summer months, seasonally, again going rates from Real Estate Agent websites.   Obviously, the seasonal rentals are more lucrative, and if you are on-site, not so hard to manage.   Although the inconvenience of having new tenants all the time might be off-putting.  But assuming a 50% occupancy rate in the summer, that works out to $14,000 a year in rent, plus $6000 for the winter residents, for a total of $20,000 per year in income.

Renting full-time yields only $10,200 a year in income and obviously is not as lucrative.  It might not even cover the carrying cost of that half of the property! (which tells me the property is overpriced, which is why I declined to buy it when it was on the market for $220,000 a couple of years back).

But at $30K per year, this works out to about $1,666 a month in income, not enough to cover your $2322 in carrying costs for both sides but enough to more than cover the rental side.   If you rented out both sides, you'd be making some good money, but of course, we have not factored in repairs yet.

So instead of paying $2322 a month to live in your own home, you'd be paying $656 a month to live in half a duplex.  Granted it isn't as large, but frankly, we don't use half the space we already have.   Having a free-standing home is a luxury and you pay for it.   If you have the money (or think you do) then no big deal.   If you are young, starting out, and want to make money, maybe putting off luxuries is a good first start.

But of course, our tax system skews this a bit in your favor.   You can depreciate the rental unit over time and deduct that amount from your taxes.  If you have an income in the 25% bracket or higher, this is advantageous.  For me, in the lowly 15% bracket, not so much.   And of course, all your repairs for the rental side are tax deductible and you have to make sure that everything you deduct is for the rental side of course!  If you buy a box of nails, be sure to count them and make sure all the nails you deduct are for the rental property.   I am being a bit facetious here.

Now, it may get trickier to do this these days, but say after ten years, you decide to sell your side.  You have capital gains, at 3% appreciation a year, or a sale price of $235,185.37 a gain of over $80,000 for your one-side of the duplex (assuming it was worth half, or $175,000 of the purchase price) which is tax-free to you.  In this example, the duplex has two sides which are titled separately, so you can sell one side at a time.

Now, you decide to move into the other side for three years.   The laws are changing in this area all the time, so consult a tax advisor for full details.   But if you can "convert" the rental property to a personal residence, you may be able do the same trick again and sell the other side tax-free as well, and walk away with well over $160,000 in tax-free profits, after living at a reduced cost or even nearly free, for a decade or more.   If you were aggressive in managing the property and could get your vacancy rate down, you might even do better.

But even assuming you pay $656 a month, over ten years, that is $78,720 which is a lot of money until you realize the "free-standing" $350,000 home cost you a whopping $278,640 in monthly expenses over the same period.   Since the tax deductions and paydown on the mortgage are the same for both houses, you can nitpick on these items, but it doesn't affect the overall outcome.

Of course, we did not address repair costs, which have to be factored into the mix.   In this example, I am gutting and remodeling before moving in, so I have replaced all the appliances, roof, sheetrock, bathroom, and kitchen.   If our time-line is ten years, well, repair costs should be minimal.   If the property was not in new condition, you have to factor that in.

The point is, do the math, and putting money into investment real estate can be a far better deal than a home that you live in.

You are qualified to buy $X of real estate based on your income, your location, and your credit record.   If you max out this amount on a house to live in, you will do only "OK" after a number of years.   If you use part of this amount to buy a place to live and the remainder to buy investment properties, you come out far ahead.

I use the duplex here as an example, as it allows us to compare two properties side-by-side.  But in my own life, I basically did the same thing.  We had a house worth about $250,000 in Alexandria.  When I graduated from law school, most of my classmates went out and bought $500,000 mini-mansion houses because they could now afford to - or so they thought.  I kept our old small house and used that income stream to support the purchase of three rental properties that had positive cash-flow from the get-go.   As a result, I made more money in Real Estate than I did in my law practice.

Now, this is not to say it works in every situation and for everyone.   As I noted, if I rented that duplex full-time, it would be a money-loser, not a money-maker.  And many people rent these duplexes to full-time residents, claiming the "hassle" is less.   But the money is a lot less, too - less than half, in fact.

Do the math.  If the rents in your area are so low the property would have a negative cash-flow, then maybe it isn't such a swell idea.   In fact, if that is the case, ask yourself why you are buying any real estate instead of merely renting it.  Paying top dollar in an overheated market is never a good idea - nor a good way to make money, regardless of whether it is a personal residence or a rental one.

And yea, I saw people pay top dollar for homes and rental properties and not "do the math" and lose their shirts.  Whose fault was that?  Oh, right the big banks and Wall Street. (I am being sarcastic).

And not everyone can be a landlord.  If you think this is your opportunity to try out your crazy economic or social theories, you will have your ass handed to you on a platter (ditto for being an employer!).   No one expects a landlord to be "nice" and no one respects one who is.   This is an investment that could bankrupt you if not handled properly, so you have to be firm on things like having the rent paid on time and keeping repair bills at a minimum.