Why the Media is Not A Good Source of Information 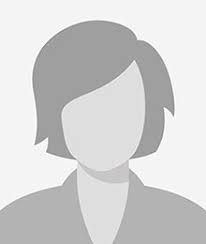 I could not find a photo of Deborah Reese anywhere online, so I will have to use this generic profile picture to represent her.   On the other hand, if you want to find a photo of her murderer, Ledell Lee, they are all over the Internet.   Funny how that works.


Recently a man was executed in Arkansas for a crime he claims he didn't commit.  The media doesn't much report about the crime, but the criminal.   We rarely hear about the actual details of the crime or the victim, but hear volumes about how the criminal got a bad deal in life - or how they got shafted by an unfair trial or how they were actually innocent.   We hear the criminal's story, again and again, but rarely the real facts uncovered at trial.   And we never hear the story of the victims.

While the media wants us all to be victims, when we actually are one, they treat us like, well, victims, and kick us under the bus.

The media reports that Lee was convicted based on "eyewitness testimony" which initially shocked me.  Eyewitness testimony of strangers is not very reliable.  Could a man go to the death chamber based on the photo ID by some people on the street?  It seemed incredible in this day and age.

But if you read the actual facts in the case, from his appeal decision, another story emerges:

William McCullough Jr. lived near the victim's house and had been home on the morning in question.   Sometime between 10:00 a.m. and 11:00 a.m., he heard a knock at his door.   McCullough went to the door and was met by a man who asked to borrow some tools.   McCullough gave the man a driver ratchet and a socket, which he promised to return.   The man did not return the tools.

At approximately 10:50 a.m. on the morning of the murder, Katherine Williams, the victim's mother, received a phone call from her daughter, who lived some four or five houses away.   A man had just knocked on the victim's door, asked if her husband was home, and inquired about borrowing some tools.   When the victim replied that she had no tools, the man left.   According to Katherine, her daughter told her that she was scared and “did not trust this guy.”   The victim promised her mother that she would be at her house as soon as she finished curling her hair.   Her daughter never arrived.

Andy Gomez lived across the street from the victim, and was also home on the morning in question.   While looking out his front window, he saw a man standing at the front door of the victim's residence.   He watched the man grab the screen door and “make a B-line inside just real fast.”   Approximately twenty minutes later, the man exited Debra's residence.   According to Gomez, the man made rapid-head movements, as if he was checking to see if he was being watched.   Suspicious, Gomez got in his car to follow the man.   He caught up with him on a nearby street, where he observed the man talking to a female with spirals or braids in her hair.

Glenda Pruitt lived at 128 Galloway Circle on the date in question.   A man she had seen four or five times and knew as “Skip” walked up her street.   Glenda, who wore her hair in long braids, had a short conversation with Skip as he passed by her house.   McCullough, Gomez, and Pruitt identified Lee in a photographic lineup as the man they had seen in the victim's neighborhood on the morning of her murder.

Debra's body was discovered in her bedroom at approximately 1:38 p.m. that same date.   Three one hundred dollar bills that Debra's father, Stephen Williams, had given to her were missing from her wallet.   This money had been part of a larger stack of crisp new bills Williams received in sequential order from the Arkansas Federal Credit Union.   At Lee's trial, the State offered evidence that, at 1:53 p.m. on the day of the murder, Lee paid a debt at the Rent-A-Center with a one-hundred dollar bill.   Of the three one-hundred dollar bills that the Rent-A-Center received on February 9, one of the bills bore a serial number that was two bills away from one of the bills that the victim's father had turned over to police.

During the State's case-in-chief, Glenda Pruitt testified that she saw Lee shortly after the murder when he passed in front of her house, which was located near the victim's residence.   According to Pruitt, she asked Lee, “Where's the fire?” to which he responded, “Well, you are always asking me for weed.”   Without objection, Pruitt testified that Lee responded that he did not use marijuana, but used cocaine.

During cross-examination, Lee's counsel questioned Pruitt regarding her beliefs and practices as a Rastafarian, particularly with regard to the use of marijuana.   He attacked her recollection of her conversation with Lee and whether that recollection was impaired by her use of marijuana.   During redirect examination, over Lee's objection, the trial court permitted the State to present the entire conversation between Pruitt and Lee.   According to Pruitt, she asked Lee whether he had cocaine “running all through [his] veins,” to which he responded, “Yes.   It is running all through me.”   Pruitt then stated, “Don't you know it (cocaine) is poison?” to which Lee responded, “I'm going to get some now.”

If you read CNN or some other "news" story, you read a lot about Lee and his problems and his allegations that he was innocent - without much discussion by the media of whether his claims were valid or not.  You have to dig to get the raw data, and the fact the "eyewitness" knew the defendant personally makes the identification more compelling.  Drug users tend to know their drug dealers, and no, a Rastafarian is not an unreliable witness as the defense alleged.  The serial numbers on the $100 bills seals the deal.

Nevertheless, the "innocence project" claims an "innocent man was put to death!" based on no evidence whatsoever other than claims by the decedent that he "dindonuffin".

Oh, right, I forgot to mention that several women identified him as having raped them.   We put away the right guy.

But you'd have to dig to find that out.  If you read the media this morning, you might come away with the impression that an innocent man was put to death based on the eyewitness testimony of a few neighbors.  Such was not the case.   A vicious animal was put down, for the sake of the safety of the community.
Newer Post Older Post Home