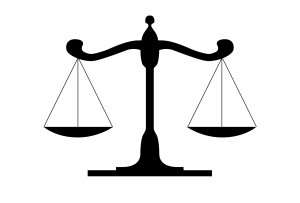 After a stellar first quarter growth, then a staggering second quarter loss, we are finding ourselves back where we started in the third quarter of 2011.  What is going on?


As I have noted in the past, it is a good mental exercise to calculate your net worth on a regular basis - at least yearly, if not monthly.  It is the only way to understand whether you are treading water, getting ahead, or sinking out of sight.

When you add up all your assets, deduct all your liabilities, you have a clear picture of what is going on in your life - and whether you need to make changes in your spending, saving, earning, or whatever.

Since the beginning of the year, we have been on a roller coaster ride.  I made enough money from my investments, at one point this year, to be able to buy a brand new BMW.  Then the Republicans decided to grand-stand this summer with their debt ceiling debacle.  Suddenly, the GOP was shocked - shocked - to discover that the country was trillions in debt.  Gee, I wonder how that happened?

The market reacted poorly to this - and to the Greek debt crises as well.  Suddenly, it seemed that instead of slowly climbing our way out of recession, the United States was teetering on bankruptcy, and moreover, the European Union was about to go under.  Welcome to the brave new world - where China is the big player, and everyone else is third-world status!

Or so we thought.  We all went on vacation, and when we got back, the house was still there, the sun still rose in the east, and prognosticators kept preaching doom-and-gloom, but people stopped believing them so much.  Unemployment remained steady, perhaps dropping a bit, and prices are flat and corporate profits, are, well, not stellar, but not bankrupt, either.

So the market has recovered to the point of January 2011, and not surprisingly, my personal portfolio is about where it was in January 2011.

Should I have sold in June and bought in July?  Perhaps.  But timing the market is difficult, at best.  Bear in mind that often what drives these price swings are not the smart investors thinking the world is going to hell in a hand basket, but rather Joe and Josephine Paycheck, who panic at every piece of bad news and get euphoric at every piece of good news.  I think they are the ones selling out in response to bad news on TeeVee and then buying back in when the coast is clear.

As I get older, such volatility is less and less attractive, of course, and today, I rebalanced my Fidelity account to get a little more bond-heavy and a little less stock-centric.  I already have bonds in other parts of my porfolio, and even in the worst of times, they go up in value.  Ditto for life insurance, which just keep chugging along, spitting out dividends and increasing in cash value, like some sort of money machine (caveat, it hasn't yet increased in value to the point where it is worth more than paid in, of course).

I guess I am an optimist. Overall, I don't see the United States going bankrupt anytime soon.  330 million people have a vested interest in seeing that not happen.  And for all our problems and faults (which are magnified by the television 1000x) we will work our way through these "crises" one at a time, the way we usually do - by compromising, changing, and morphing.

Should I have bought Gold instead?  I think not.  While the stock market has gone down and then up, gold tends to mirror the market - going up, and then down.  During uncertain times, the price of gold shoots up. So gold shot up to $1700 an ounce (good time to sell) and then dropped back to pre-panic prices.  The chart above would seem to show that gold is a swell investment. But scaling is everything, isn't it?

The chart above blows up the last 10 months.  While gold is still up for the year, it had dropped from its dramatic rise of August and September.  And each piece of good news will hammer it further.  Commodities remain a risky investment.
Newer Post Older Post Home
View mobile version