Why Opportunity Cost Has No Place in Personal Finance 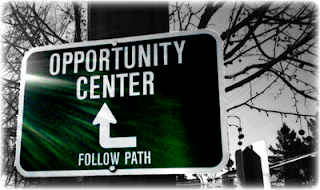 People who want you to make decisions against your own self-interest will use Opportunity Cost arguments.  If they do, run away, they are trying to screw you.


Folks like to throw around economic terms like "Cash Flow" and "Opportunity Cost" when discussing personal finances.  It makes them sound smarter than they are, and they can use these terms to self-justify bad economic choices.

The Opportunity Cost argument may have some merit in macroeconomics.  But beware, economists come in two varieties - the good kind and the evil kind.  And in many instances, economists make up a lot of theories that really make no sense, or work against the good of mankind.  And since our economy is apparently something that even economists cannot quantify, a good theory and an evil theory sound equally as plausible.

The Opportunity Cost argument is based on a false choice.  The argument goes like this:  If you invest money in a government bond, it pays only 2% interest.  But, since you could have made 10% return in the Stock Market, the real opportunity cost of your bond investment was the 8% additional gain you missed out.

The problem with this argument is that is it compares a particular outcome to an idealized one, and fails to account for other factors - in this case, risk.  Yes, you could make more money in the stock market, but the risk factors are much higher.   You could also lose all your money.  It is comparing apples to oranges.

And the Opportunity Cost argument also compares your choices with idealized outcomes that are never realized.  For example, taking the Opportunity Cost argument to its logical extreme, you could stay home tonight and watch television, or you could set up a laboratory in your basement and discover a cure for cancer.  The "opportunity cost" of watching television is the world losing a cure for cancer.

And you can see, it is a ridiculous argument.  Yes, there are more constructive ways to spend your time that watching TeeVee.  But assuming the alternative is a maximized outcome is, well, foolish.

You'll see the Opportunity Cost argument raised in consumer financing all the time - and it is a specious argument.  The person at the consumer loan agency or the car leasing company, will tell the consumer, "Well, by financing this purchase (or leasing a car) you don't tie up all your money and thus can invest it!  There is an Opportunity Cost to paying cash that most people don't figure on!"

And weak-thinkers fall for this every time, as it validates a poor economic choice as a smart economic move.  By renting-to-own a television or leasing a new Chevy, they are being "smart" by not "tying up all their cash!"  So now that can go out and invest all that money they would have used to pay cash, and actually come out ahead.

Nice try.  Problem is, folks like that have no cash to "tie up" in the first place.  They're freaking broke from the get-go.

They just want a shiny new car, and someone to give them a reason - any reason - why they should get it.

But, even assuming you had the money, is borrowing or leasing a good idea?  Not really.  For example, suppose you had $20,000 in your savings account, earning 1% interest (the going rate these days).  You decide to buy a car, for $20,000 and the dealer offers "low low 2.9% financing!" or even 0% financing or a lease deal.

You tell the dealer you can pay cash, and he makes the "Opportunity Cost" argument.  "You could invest that money and make more!" he chirps.  Of course, he gets a $200 bonus if he can get you to finance - perhaps more, if you lease.

And theoretically, yes, you could put that cash in the stock market and make 10% - in a good year (we haven't been having a lot of those, lately).  But there is a hitch.

First, regardless of the come-ons and other jokes, you do pay interest on that car loan.  0% financing is not 0% - if you forgo a $1500 or $2000 rebate.  And leasing?  Well, you know the drill there by now - the hidden fees and "cost of money" are staggering.  Chances are, you may end up paying more effective interest and fees with a car loan or lease than you would get, even in the stock market.

And then there is risk.  Comparing loan interest to stock returns is comparing apples to oranges. Stocks can go DOWN in value.  But when you avoid loan interest, it is a 100% safe "return" on your investment.

If you pay cash for the car, you may lose out on the 1% interest the bank is giving you (or 2% in a T-bill) but you are avoiding the 2.9% interest plus fees plus the lost rebate - which is a guaranteed effective rate of return, compared to taking the loan or lease.  And a 100% guaranteed rate of return is more akin to a bond or government-backed security - not a speculative investment in stocks.  Apples to Apples.

When talking to my financial adviser at Fidelity, I mentioned that we paid off our mortgage.  He was not so keen on the idea, thinking instead we should have invested that money in stocks.  And he recommended (soundly) that we invest in more conservative stocks as we get older - about half our portfolio should be in safe investments.

"But half my porfolio already is," I replied, "I own my house, free and clear."

"But your house doesn't count as an investment," he replied.

"Really?" I said, "Well by paying off the house, I save about $25,000 a year in interest payments alone, which is easily a 5% rate of return.  What other investment will guarantee that rate of return, with 100% certainty?

The argument he wanted to make was, that I could have invested the money instead, and made more than 5%.  The problem is - invest in what?  No other investment would top that rate and be 100% safe.  And if I invested in stocks, yea I might make 10% as I did earlier this year - or lose 20% as I did in the second half of this year.

And of course, the main reason he wanted me not to pay off my mortgage, was that he would have preferred I invested that money with him, so he gets his "taste".

Perhaps I need to find a new financial adviser (Update, I did). But, like most Americans, he doesn't get it.  A younger guy, with a wife and two kids, a mortgage on a mini-mansion, car payments to make, and assuming that his good job will continue to last him a good long time.  Perhaps it will, perhaps it won't.  I'm old enough to know better.

We saw, firsthand, the result of this "house of cards" approach to finance, in the last two years.  People with $300,000 mortgages and $300,000 in their 401(k) plans thought they were doing pretty well.  Their net worth was positive!

Then the stock and housing markets crashed, and these folks found themselves in a situation where their house dropped in value by half, AND their 401(k) plan did as well.  Suddenly, the house is worth half the balance on the loan, and their stock portfolio is worth only half that.  One moment, they were solvent and had a positive net worth, the next moment they are upside-down on the house and have more debts than assets - the technical definition of bankruptcy.

The guy with the paid-for house, on the other hand, he'd doing OK, as his house is still worth something even if he has little or no money in savings.  AND he has no need for a crippling monthly cash flow.  Which guy would you have rather been?

And all of this occurred because they followed the tax code as an investment guide, and borrowed to get a deduction and invested in stocks to get another deduction.

And the key is not to be real smart, but rather to dumb down a bit and listen to your instincts, not convoluted theories.  Opportunity Cost really makes no sense at the granular level of the individual.  If it is cheaper to pay cash, pay cash, period.  Borrowing money is never a good idea, unless you really, really have to.

UPDATE:  The other thing to think about with opportunity cost arguments is that they make sense in terms of investing in a business.  Should we build a new factory, or use that money for R&D for a new product?  One investment has an opportunity cost in terms of the other.   But factories and R&D are things that make money for a company.  Consumer spending, on the other hand, is just consumer spending.  You don't make money on your car, your television set, or even your home.
Newer Post Older Post Home
View mobile version