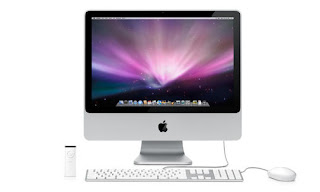 Apple is to Computers as Polaroid was to Cameras.

A lot of people love their Macintosh computers.  And they are not a bad machine, of course.  But compared to the PC, they have a lot of disadvantages.  The only reason to really own a Mac is to be able to say you have one.  It is a style and even political statement (people on the Left tend to favor Macs).

What's wrong with Macs?  A number of things:

1.  They are staggeringly expensive.  A basic iMac is going to cost you over $1000, and probably closer to $2000.  Laptops are similarly expensive.  This is a lot of money, nearly 10 times the cost of a PC.  Basic PCs can be had for less than $300.  Even PC Laptops cost less than $500.  I recently purchased a Toshiba Laptop at WalMart for $320 (after spilling a martini in my trusty old Dell - which started working again after it dried out!).  For the price of one Mac, you can buy a PC for every member of the family.

2.   They are hard to repair:  A PC can be taken apart and "generic" parts installed.  For a PC, a hard drive is a hard drive, and parts are readily available online or on eBay.  Macs, on the other hand are not so easy to service - and a trip to the Apple $tore is going to cost you $300 just to get your foot in the door - more than the cost of a new PC!

3.  They are easier to use, because they hide the O/S from the user:  In the old days of PCs and even Apple computers (the old Apple II, for example) you had to know DOS or APPLEDOS and all the arcane commands needed.  Remember "RUN"?  and C:\?     As a result, you had to learn how to use a computer - but the plus side was that computers were less complex.  The GUI is a great toy, but one way they make a MAC (and increasingly, Windows) "simpler" is just to cut off the user from the O/S and how it works.  As a result, a Mac is not simpler, it is just a sealed device which allows you no access.  It is a computer for people who hate computers, just as a Subaru is a car for people who hate cars.  That does not make the Mac a great computer or the Subaru a great car - quite the opposite.

4.  They are a fashion statement more than a practical machine:  People buy Macs for the same reason they buy BMWs - to make a statement.  No one pays 2x or 3x or 4x for a product without reason.  And a Mac is not that much more productive - perhaps even less productive, in some instances - to warrant the cost delta.  However, owning Apple products is not just about the product, it is almost a religion with some folks.  And buying things just to be trendy is never a good idea.

5. PCs are not that hard to use:  While the Mac interface was revolutionary back in the 1980's - and the early versions of Windows were clunky and crash-prone - today the gap has narrowed considerably.  You can buy a PC and start using it right away, just as you can with a Mac.  Of course, a lot has changed since the 1980's - for example, everyone knows how to use a computer these days.  Back then, people were just starting out with computers, and Apple offer a "computer for the rest of us".  Today, the Mac is an expensive piece of jewelry, and Dell makes the "computer for the rest of us" - at least in terms of price.  In terms of ease of use, it is a wash.

7.  Common Data Formats:  When sending data from one person to another, you want to make sure the person receiving it can read it.  Using Mac formatting means you can only talk to another Mac person - in many instances.   Yes, there are Mac versions of many PC software titles.   But that sort of defeats the purpose of a Mac, doesn't it?

8.  The Virus thing is overstated:  Some wags argue that Macs are immune to computer viruses, and this is, of course, not true.  Computer hackers work from a cost/benefit standpoint, and a virus which can attack the largest number of computers is the most effective.  Writing a virus for a computer system which represents, worldwide, maybe 1 in 20 computers (PCs have over 90% of the market, Macs about 5%) makes no sense.  Macs are not inherently more secure, there is just less malware written for them.  And let's face it, with a few free shareware programs, you can avoid viruses on your computer - particularly if you stop opening .exe attachments in e-mails from people you never heard of, and stop falling for social engineering schemes.

9.  Closed Mac:  The Mac is a proprietary system, which means that only Apple makes parts for it and does not disclose how it works to others.  PCs are an "open" architecture in that different companies make different parts - which all interact with each other.  In fact, most PC makers are mere assemblers of components.   This flexibility keeps prices down, and makes repairs easier, as you can multi-source parts.  It also allows you to flexibly design or upgrade a system according to your needs and tastes.

10.  Need to Learn Two Systems:  Buying a Mac for home use is probably a bad idea, simply because the computers where you work or go to school will likely be PCs.  No one can afford to screw around with Macs in the work environment, and schools can ill-afford to buy Macs as well.  So if you use a Mac to teach your kid, its like teaching them to drive on the left hand side of the road.  Eventually, they will go off to school and have to "unlearn" Mac.  Similarly, if you have a Mac at home, chances are, you are going to have compatibility issues with files from work  - and have to mentally change gears when switching between the two systems.  For a college student, a Mac is similarly a bad idea (but no doubt will make you look trendy) as when you graduate, you will be PC-illiterate - in a job market than demands PC skills.

There are a number of other factors as well.  Yes, the Mac is better in some areas, but given the staggering price delta, it is not a difference that justifies the cost.

At the beginning of this piece I mentioned that the Mac is the Polaroid of computers.  Polaroid, back in the day, had a camera with a neat feature - it could take pictures and instantly develop them.  Some folks might argue this was better than traditional 35 mm cameras, which were hard to use, with their aperture and shutter-speed adjustments.  And of course, with traditional cameras, you had to get your film developed, which could take a week or more.

And yet, 35mm cameras dominated the industry.   They were cheaper and took better pictures.  And since they were "open source" you could buy the camera body from one vendor, the lens from another, and your film from yet another.  You were not locked into one company for everything, and as a result, had greater selection, lower prices, and greater compatibility.

Digital cameras, killed off both 35 mm and Polaroid instant cameras.  But Polaroid was smarting long before Digital Cameras took hold.  The fascination with Polaroid started to wane long before Digital Cameras drove in the coffin nail.  Today, digital cameras dominate the market - and the same camera makers who made 35 mm cameras now sell digital ones.  What ever happened to Polaroid?

Apple is morphing into a phone and tablet maker, which might be a smart move, in the long run.  While the Mac is not a bad machine, its staggering cost makes it staggeringly uncompetitive in the marketplace.  Buying a Mac is just a bad idea all around.

And hey, I would like to be able to say otherwise - to stand up for the "little guy" (another emotional reason people buy Macs - as well as their love of the late Steve Jobs).  But reality is what it is, and romanticizing something as concrete as a computer is a pretty stupid thing to do.
Newer Post Older Post Home
View mobile version