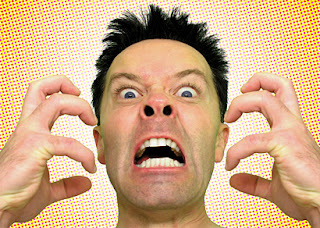 In the Western World, we have the luxury of having something called a "Mid-Life Crisis."  Most other people are not so fortunate.

Americans are always having one problem or another - usually of the self-inflicted variety.  For many men in America, turning 50, or even 45, results in something called a "Mid-Life Crisis" - which is inaptly named, as it usually occurs after more than half your life is over.
Men at this age often do odd things, like buying expensive, fancy cars or boats, dumping their loyal wives of 20 years in favor of some young cutie from work - or having a clandestine affair on the side.  And many men try - desperately - to reclaim their youth through the use of medications, such as Rogaine and Viagra, and through exercise and diet.
And the rest of the world laughs at them, of course.  So why do they do it?  I think the answer is fairly simple.
At around this age, a person has worked in a field long enough to have the confidence in their talent and abilities.  They also realize, by this stage, exactly how far their careers will go - and for most men, this is not as far as they once hoped (or secretly fantasized about).  Not all of us will end up on the Supreme Court, and and in fact, most of us won't (they only let in nine at a time).
They also realize, too, that their sex life up to this point in their lives, has been marked by half-hearted efforts, conservative actions, and guilt and shame.  And at about this time in their lives, their wives go through menopause and in some instances, stop wanting sex at all.
Like I said, this mid-life crisis is a luxury we can afford in the Western world, simply because we live so long and have so much money and time on our hands to be introspective and think - perhaps too much - about the meaning of our lives.
So what's the answer?
Well, I think the answer is to admit to your own mortality and your own mediocrity.  When we are young, we all have very bold but undefined plans for our future.  Rarely do these plans work out, and in some instances, success may be followed by catastrophic failure.  This is normal.
Most of us will go through life being unremarkable.  And there is nothing wrong with that at all.  After all, someone has to be a drone, right?  And in fact, most of us have to be.
Where this becomes unhealthy is when a person thinks that their life has to have some "great meaning" or that they need to accomplish "great deeds."  And oftentimes, people who fall into this trap fail to realize that, while they might never write "the Great American Novel", they will in fact, accomplish a lot over their lives, and in fact have accomplished much.
And all that great sex you're missing out on?  Overrated, trust me.  And not worth dumping your wife or turning into "Weekend Dad."
Once you come to grips with the fact that (a) you are going to die, and very soon now, and (b) that you are a pretty unremarkable individual, compared to everyone else, you can move forward and do constructive things with your life - and be happy.
The other path leads to misery and depression.  Denying death is a foolish game.  All the facelifts and toupees in the world will not extend your life at all.  And crying over what "could have been" prevents you from savoring "what is".
Newer Post Older Post Home
View mobile version