Throw Momma From The Train! 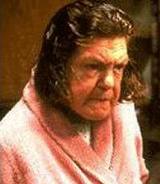 What will happen when you get too old to take care of yourself?  Will someone else step in and take care of you?  And will you be happy with the decisions they make?  Being proactive in this regard is probably a good idea.  But few people make plans for the inevitable.