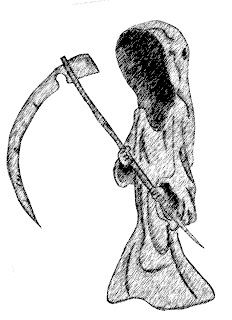 Companies often pay millions of dollars to managers who lay off people, close divisions and factories and generally do a lot of harsh things.  Why is this?  Mostly because the people in-house become complacent and complicit in a system of protecting their own perks.

One of the arguments that many on the left make, when protesting everything from the price of a cup of coffee to their student loan debt (the latter apparently being the fault of Wall Street, according to today's paper) is that corporations pay millions of dollars to executives, while at the same time, laying off the "workers" and closing factories.

Why do companies do this?  In part, the answer is, getting someone who really is an effective manager is very hard to do.  And oftentimes, you have pay a lot of money for the "talent" who can see through the fog of personal fiefdoms and do the harsh things that are necessary - before a company goes bankrupt.

My experiences at GM are a case in point (and I could write volumes on that topic).   Many folks like to blame the UAW for the decline of GM.  But the antics of the Union were only half the story.  Management was the other half.  And many people in the bloated ranks of GM management were concerned more about making it to retirement with their careers (and pensions) intact than in insuring the long-term success of the company in view of increasing Japanese competition.

When I was at New Departure, for example, I was assigned to the Industrial Engineering Department.  Industrial Engineering used to be an honored profession, and indeed, the Japanese and Germans take it to heart - using it to increase efficiency and productivity, as well as quality.  But in the US, the idea of doing time-motion studies or quality control are, or at least were, an anathema.

I went out onto the factory floor with my triple-stopwatch clipboard, at the instruction of two older gentlemen, who were just a year or two away from a full retirement from GM.  After watching some workers and making time-motion measurements (which of course, the workers did not appreciate), I went back to the office with my data.  It was a pathetically easy assignment, with just a few columns of figures to add up.

I got out my calculator and started adding up the columns of data.  "Whoa there, fella!" said one of the Engineers, "No need to rush this.  This should take us until at least lunch to finish."  It was barely after 11 in the morning.

"But this shouldn't take more than a minute or two," I replied.

The two Engineers stared at each other and then one said to me, "You just don't get it, do you?  This will take until at least lunchtime."

So the three of us sat at the table and did nothing for an hour - although one of the Engineers made an elaborate game out of adding the numbers slowly.  We were not working, not contributing, or doing anything of value.  It was really just make-work, and make-work that was being stretched out over time.

And this attitude was typical of much of management.  Protect your perks, do your time, retire with full benefits and a pile of money.  The overall health of the company was secondary - and since the company was facing stiff competition from overseas, this meant that the company was at risk.

Similar scenarios are played out across the country in numerous industries.  If you are Vice President of a small company that makes truck parts, for example, and see that your domestic and foreign competition is cleaning your clock, there are only a few limited options you have.  You can try to be dynamic and reorganize the plant - perhaps moving it to Mexico, or at least down South where labor is cheaper.  Or you could try to sell off the division to a competitor, who would likely do the same.  Either way, you are probably putting yourself out of a job.

On the other hand, if you can manage the hemorrhaging of cash for a few years until you reach retirement age, you might be able to hang on to your job just long enough to retire - and push off all the high costs and obsolete equipment onto the next manager of the plant.

And in short, that is what happened to a lot of rust-belt industries in the last few decades.  Union workers would go on strike to get wages that were 2-3 times the prevailing rates.  The high cost of labor meant that less money was available to modernize plants.  Many US factories, until fairly recently, were still operating with WW II era machinery.  And in fact, some still do.  A long protracted strike can cripple a company, so management caves in - figuring that bleeding to death slowly is better than sudden death.

And of course, a similar thing has happened to British industries.  In both cases, the bloated cost structure, poor quality (remember British cars?  Ugh.) and high prices meant that foreign competitors took away more and more business - even if the Unions succeeded in getting import tariffs enacted.

So, what happens?  In the case of GM, the company lurches along until it goes bankrupt.  Cheap gas and the SUV craze of the 1990's kept GM alive - as a zombie - but not for long.  Once gas shot up, and the economy tanked, no one wanted to buy poorly made gas-guzzlers anymore.  And unfortunately, the corporate culture at GM does not appear to have changed much.  GM survived, by screwing all of its shareholders and most of its bondholders - and temporarily cutting pay for the hourly workers.  But it still has a bloated management structure, mediocre products, and is a sitting target for the current generation of Korean cars - and the next generation of Chinese and Indian imports to come.

Other companies have cut back dramatically on costs - and this is where they bring in these outside "turnaround" experts, who have no emotional ties to the company or employees, and have no vested interest in making it to retirement.  They sell off unprofitable divisions, close down unprofitable factories and yes, move work overseas through outsourcing.

And yes, you can argue that it is "unfair" that your job is going away while some business school schmuck makes 100 Million dollars, just by firing you.  But, as I have noted time and time again, whining about the unfairness of the world rarely results in (a) your personal bottom line improving, and (b) the world being less unfair.

Many folks act surprised then they are laid off, when in fact, they should have seen the writing on the wall, all along.  The New Departure plant I discussed above has long been closed - converted to a warehouse for Chinese-made goods.  And yet, at the time of the story - in 1980, employees told me, with great confidence, that GM would never close the plant - and moreover, GM was too big to fail.  And of course, this whole silly Japanese Car thing was just a fad that would go away soon.

In your personal life, look at the business you work for - even if it is your own.  Is the company profitable - both in the short term and long-term?  Is the company positioned strategically to compete with competitors both foreign and domestic?  Is management weak and more concerned with not rocking the boat than with being dynamic and assertive?  If so, don't be so surprised if the company goes belly-up someday, leaving you high and dry.

And don't act mystified when the company brings in some grim reaper to lay everyone off and close the place down - and pays him millions in the process.  Because across the rust belt of the United States, this story has been repeated time and time again.  And every time it happens, people appear mystified as to what is going on.
Newer Post Older Post Home
View mobile version