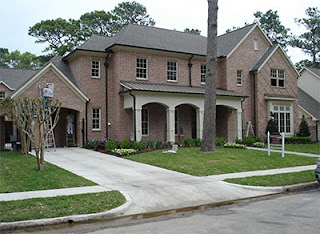 Having a lot of crap means only paying a lot of taxes.  What's the point of that?
One of the conundrums of living in the US over the last few years, is that they've changed the rules of the game, without really telling us about it.

The tea partiers are right that taxes have gone up - but not in the way you think.  People like to talk about the Federal Income tax as the big enchilada, when in fact, you are far more likely to pay more in local and State taxes - and this is where rates have skyrocketed.  Federal rates, if anything, have stagnated or been cut.

The effect of this is a profound change on the incentives to work, save, and own.  In the not-so-distant past, your Federal tax burden might have been your biggest chunk of taxes to pay - and lessening that load made sense.  So, you chased after each deduction and credit, in an effort to cut your tax bill further.  And to some extent, it worked.

But, if your income drops, or you never were in the higher brackets to begin with, well, most of those incentives made no sense.  For example, if you are in 15% bracket (combined income $65,000 a year or less) the savings from a home mortgage interest deduction are not nearly as great as, say, to someone in the 35% bracket.  As I noted before, this unfair deduction allows a rich person to buy the same house as a poor person - and effectively pay less for it.  Or contrarily, the rich person can buy a fancier house and pay the same effective amount as a poor person does for a cheaper home.  Great code, eh?

But taking all that aside, the creeping increase in property taxes has meant that owning a home today merely makes you a larger target for the tax man.  And property taxes, unlike income taxes, are assessed year after year, on the same property, regardless of your income.  Thus, if your income drops, you may find that you can't "afford" a house you already own, because you can't afford to pay the taxes on it.

In a way, this works as a luxury tax, so the net effect is to discourage you from buying a home - or from buying a larger home.  And we wonder why housing sales are off.  And taxes vary all over the map, too.  Our home in depressed Central New York had a tax bill of $7000 a year - while our similarly sized and valued home in Georgia is only $2800 a year.  Florida taxes for such properties were topping $12,000 a year, at one point, although they have dropped somewhat in the last few years.

One has to wonder about the wisdom of generating tax revenue based on the market values of Real Estate, quite frankly.

But sales taxes are another area of concern.  In some States, such as New York, the sales taxes in some counties are 8% or more (State sales tax is 4%, with another 3-4.75% tacked on).  Florida, having no income tax, has staggering property taxes (as noted above) as well as a 6% sales tax that counties can add another 1.5% to.  A true regressive tax, the county tax applies only to the first $5000 of a purchase.

Such taxes, do, of course, discourage consumption, and are, of course, a regressive tax.  The very rich may spend more than the very poor.  But the poor spend nearly every dollar they make, while the rich can invest (no taxes, until you make a profit) and also move money around offshore to avoid taxes for large purchases.

So how do you avoid the tax man?  Well, owning a lot of crap is certainly one way NOT to.  If you want to buy a "look at me!" house, you will have to make more money, which in turn, means more income tax.  Yes, you get a deduction on the interest, but not on the principle.  And then every year, like clockwork, the local authorities come to you for their bite of the apple.  It is a lot of money to pay to be able to say "Look at me!"

Of course, if you have income-generating properties, it is a whole different deal.  Rather than own a fancy house, you can own two homes - and rent one - and end up making money, not losing it, at least on the second home.

These staggering tax bills are another reason that your personal residence is not such a swell investment.  You may think you are making a lot of money on your house, if you sell it with a $50,000 profit.  But if you add up all the tax bills over the years, as well as the cost of improvements and those trips to Home Depot, well, it really is a wash.

This is not to say that owning a home is a bad idea - only that, once again, owning more home doesn't make you richer, just a dude with more home that he needs.  You can't "make money" by buying a larger home.  In fact, it just ends up being a larger expense.

And perhaps this is why, traditionally, when someone had a fancy home, we thought of them as rich.  Today, people with fancy homes are rapidly becoming poor.

The only real way to minimize your tax burden is to not spend and not own - but of course, that sort of negates living a reasonable life.  But on the other hand, it does make sense, from a long-term prospective.

Most Americans spend all they make - on houses, cars (and cars, and more cars) and restaurant meals, and electronic gadgets and subscription services, and all the junk they buy a Wal-Mart or Target to fill their homes to the brim.  So they end up paying sales tax on most of it - and property taxes on a lot of it, even after they own it.

In some States, they nick you for property taxes on your cars!  So the more you consume and the more you own, the more taxes you pay.

Investing, on the other hand, has no immediate tax consequences, and is a real way to build real wealth - owning money.  And in fact, since we have tax-deferred investment plans (401(k) and the like) you can really dodge the tax man by investing, rather than spending and owning.

And as a bonus, over time, you will become wealthier, so you can afford to pay those taxes later on, if you decide to consume.  But the greatest luxury of having wealth is having wealth - and not having to work for a living or dance to someone's tune - be it your boss or the tax man.  Owning YOURSELF is a tax-free proposition.

But few choose to do it.  Instead, we buy a big house and a fancy car and think we are wealthy, when in fact these things are golden handcuffs that lock us to our desk and chain us to the tax code.

Living frugally and having wealth is, I think, better than living large and being poor.  The latter approach limits your options, forces you to work, and makes you pay more, over time, in taxes.

Of course, there are ways to dodge sales taxes, which is the subject for another posting.
Newer Post Older Post Home
View mobile version