Signing Your Life Away 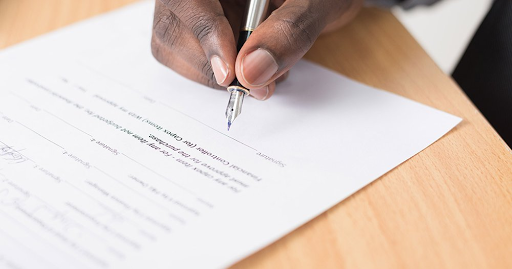 We used to have a saying "signing your life away" and today it is more real than ever.


When I was a kid, my parents used to say that the neighbor, who had a new Cadillac, got it by "signing his life away".   You could have anything in life you wanted, but you literally had to do a deal with the devil (the finance company) by signing your life away.

I don't hear this phrase bandied about so much anymore, which is a shame, as more and more people today are doing just that - signing loan documents that can last for decades or even a lifetime and in fact bankrupt them or keep them in penury for the rest of their lives.

And maybe that is why the phrase has fallen from fashion - it is too close to reality for many Americans.

But is it really a mandate or just poor financial planning?   I know young people today who are in college who have modest amounts of student loan debt - or no debt at all.   Despite all the hoopla about being "helplessly buried in student loan debt" the average amount graduates have is about $25,000 to $35,000, depending on whether you count parental debt as well.   Clearly, some folks are attending college and not signing their lives away.

Similarly, many got caught up in the fever of home ownership back in 2006 and are still making payments on underwater mortgages.   Worse yet, people today are overpaying for homes, refusing to listen to the lessons of 1989 and 2009.   It is a really simple test:  If it costs substantially more to own a home than to rent it, then owning a home is probably a bad bet.   If you can rent for $1500 a month and own for $3000 a month, maybe homes are overpriced in your area.

So while you read sensationalist headlines about people struggling to own a simple home in San Francisco or Toronto, you don't hear about the people who decided to rent and live with that, or move to a cheaper place to live and live better.  Because frankly, that is not a "story" in the media sense of the word.

Similarly, you hear about people who bought "look at me!" houses and are now struggling financially.  But you don't hear about the guy who bought the modest house and is quite comfortable there because he can afford the payments.    There are indeed options other than signing your life away in order to have a place to live.   But of course, some folks refuse to consider them.

The same is true of cars, boats, and RVs.  I have related before how the RV dealers sell these beast motorhomes for hundreds of thousands of dollars on 20-year loans.  The owners end up upside-down or underwater for most of the term of the loan.  The boating indsutry is no better - selling boats at boat shows that end up rotting in a side yard, while the owner makes payments.  They have signed their life away for a material thing that provided transitory pleasure.

Yet I meet people with boats and RVs who bought them secondhand, or bought cheaper rigs they could actually afford and thus are not upside-down or paid cash for these really frivolous and unnecessary purchases.   They didn't have to sign their lives away to have a recreational toy.
Even cars are falling into this trap - as Bill Ford tried to warn us.   Sub-prime financing and longer terms (as much as 7 years!) mean that owners can be "upside-down" on a car loan for the length of the loan.  They trade-in and fold negative equity into a new loan, increasing the debt load over time.  After doing this two or three times, they have signed themselves up for more than a decade in debt.

And leasing is no better.  People fold in the hidden back-end charges into a new lease, and it can be a decade or more locked into lease after lease, before it all blows up in their face.

And again, though, there are others who buy secondhand cars, take care of them, and drive carefully so their insurance rates are low.  They keep track of their bills so their credit score is good and they can obtain decent financing.   They learn to live with less rather than sign their lives away so that they can impress the fellows at work with their manly truck.

The point is, these are all choices.   No one is born in debt.  Somewhere along the way, you have to make a bad decision to end up with staggering amounts of debts - or a series of bad decisions.  Somewhere, you had to pick up a pen, and sign a document promising to pay back huge sums of money, with interest.   Rather than sign your life away, might I suggest leaving your pen at home?
Newer Post Older Post Home