The Problem With Libertarianism 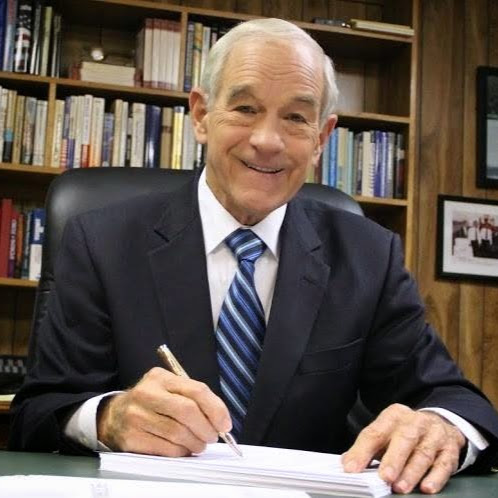 One of the problem with Libertarianism is that the people who support it are largely whack-jobs.   But that's not the only problem.


A reader writes that I am not being fair to Libertarianism.   He claims I am misinterpreting and misrepresenting what it stands for.  I disagree.   You can characterize Libertarianism as whatever you want it to be, as it stands for everything and nothing at the same time.  It is the Rorschach ink-blot test of politics - you read into it what you want to see.

Liberal or Conservative, Fundamentalist Christian or Gay-Rights Advocate, you too, can be a Libertarian!   However, you may find yourself at odds, not with the rest of society, but your fellow Libertarians.

For the pot-smoker living in his parents' basement (or bong-lair flophouse) Libertarianism represents the government legalizing pot.

For the gun-nut who is assembling an arsenal of firearms and ammo (often the same person as the pot-smoker above) it represents the government lifting restrictions on firearms.

For the religious nut, it means the government not interfering in their practice of religion.

For the tax denier or tax protester, it represents the government being so small as to "drown in a bathtub" and a simplified "flat tax" code or some such other nonsense.

The list goes on and on.   The problem is, of course, that this disparate group of people are often at odds with one another.    Each one of these groups wants the government "out of my face" and into the face of someone else.   The religious freedom nut, for example, wants the government off his back, but snooping into the habits of the pot-smoker - or into the bedrooms of his neighbors.

He also wants religious freedom for him (as a Christian) but not for his Muslim neighbors.

Like I said, it is a Rorschach test - you read into it what you want to see, which usually an "I win, you lose" scenario that everyone wants, but is not really workable.

And besides, most of what these Libertarian nut-jobs want, we already have.   The USA already has the greatest religious freedom in the world.   Our European friends are banning head scarves and prayer-blaring minarets at Mosques.    We debate whether there is a "war on Christmas".   The religious right is hardly under attack in this country.  It is hard to see how we could be more Libertarian than that.

Marijuana rights are greater than ever before (until Jeff Sessions gets into action - but then again, he's from the same "freedom" side of the fence as the Libertarians).   Gun rights?  Do we even have to go there?  We have more gun rights and guns than any other country on the planet - and no sign whatsoever, despite NRA propaganda, that anyone is going to "take away yur guns!"

What, exactly, are Libertarians liberating us from?   What sort of "government tyranny" are we suffering under?    What sort of drugs are they smoking to believe we are being tyrannized?

Oh, right, you can't go on government lands and graze your cattle for free.  You can't ride your four-wheeler through Yellowstone National Park and turn it into an erosion pit.   You can't infringe the rights of others in order to have your own rights.

And that is the thrust of it.   Libertarians are just plain selfish people who want everything their way, and everyone else on the highway.   They fail to see that rights are accompanied by responsibilities and that your rights end where they impact or intersect others'.

There is one, and only one thing that Libertarians, like their progressive counterparts, are good for - vote spoilers.    If you can convince enough muddle-headed young people that voting for Gary Johnson or Jill Stein is a worthwhile endeavor, you may be able to siphon-off enough votes from a legitimate candidate to sway an election.   Worthless third-party candidates are what got Bill Clinton, George W. Bush, and Donald Trump into office - for better or worse.

Sorry, but no sale.   And Libertarianism is just a prime example of externalizing which I have mentioned before - merely once or twice - in this blog.   The typical Libertarian is convinced that nothing will ever change in the world until their unworkable political philosophy is adopted as the norm.    Since this will never happen in their lifetime, they have a convenient excuse to fail at life - Just like the Jill Stein or Bernie Sanders supporters.

Why bother even trying when the system is so rotten and corrupt?  Except that it is not - it is the best system in the world for personal freedom and opportunity, if you just open up your eyes and bother to see it.

Sorry, America is a great country.  I have no time for people who run it down because of their personal failures.
Newer Post Older Post Home