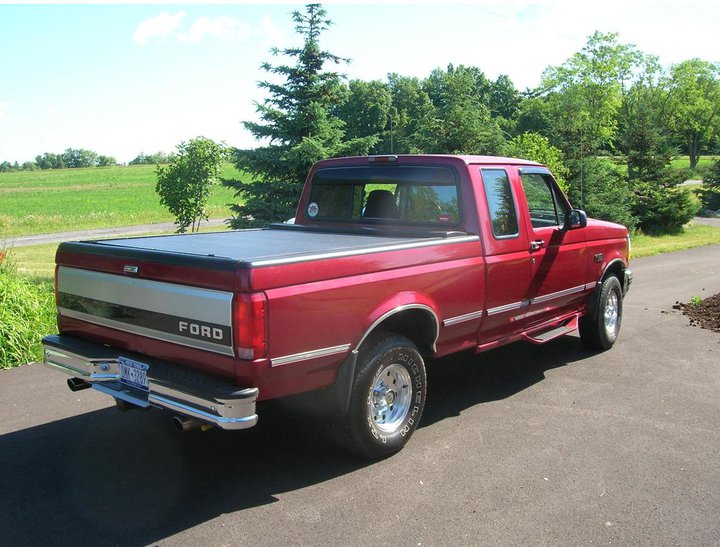 Ford may very well be the miner's canary in the automobile business.


In a recent Opinion article in Business Insider, which was listed as a "briefing" in their Australian edition, a young editor argues that "fake news" has been slamming the auto industry unfairly.

I thought this article was funny on a number of levels.  To begin with, it is distributed widely in the Australian format, as their Australian branch doesn't have an ad-block detector, apparently.  Given the demise of the Australian Auto Industry (now 100% GONE)  I found it interesting they would make this argument at all in Australia.

But I also found this article an interesting example of the mindless drivel in the "financial press" which often posts articles to boost or depress stock prices (I believe) or to make contrarian arguments.  In other words, it is pretty worthless news.

The central premise the author makes is, gee, car sales have been going like gangbusters in 2015 and 2016, so what's the problem?  The problem is, it's 2017, and car sales are falling off dramatically.   People are running out of credit and defaults on sub-prime car loans are skyrocketing.   The auto industry still suffers from massive over-capacity, and the troubles of the "Big-3" are far from over - and as in the past, leveraged on the sales of SUVs - and this time around leveraged even further on sales in China.

The author of the Business Insider piece apparently believes in the Disco Stu method of trend-spotting.   What happened in the past is not a forecast of the future!
GM has recovered the best of the big-3, but makes a large amount of its profits on sales in China.  The Chinese are not stupid.  They let in Western automakers just to pick their brains and learn from them.  Their domestic car makers will eventually supplant transplants in their home market - and they will eventually export cars, and in fact are already doing so, through GM dealerships.  I think it will be safe to say that foreign-owned car companies may see decreased sales in China.

GM in the USA is going back to the same old tired playbook - selling monster SUVs and Trucks at monster profits.  I read the other day that the "Average" new vehicle sells for $38,000, Pickups average about $42,000, and average large SUV for $60,000.  This astounded me, as I paid $25,000 each for my last two vehicles - $10,000 below the average retail price on a car.   A lot of people are paying a lot of  money for empty steel boxes and financing them with seven-year loans.  Small car sales are in the toilet, as no one wants useful, inexpensive, efficient cars in an era of cheap gas.

And we all know how that worked out last time around, right?

Fiat-Chrysler is still struggling with its quality image - any list of "10 worst" is peppered with vehicles from their fleet.  The CEO has been desperately hawking the company like the last ugly girl at the dance bar, after they turned the lights up.   "Please go home with me!" he says to suitor after suitor (GM in particular) only to be snubbed time and time again.  These are not the actions of a healthy vibrant company.

Ford is in a particular pickle.  They eschewed the bailout money and bankruptcy, using debt to get themselves out of the recession of 2008.   But this heavy debt load and lack of investment shows in their product lineup.  A friend of mine just bought a brand-new Expedition, which externally looks identical to his old Expedition.  While GM has updated their line of huge SUVs twice, Ford is still selling the same pre-recession large SUV - leaving the field clear for GM's Suburbans and Tahoes and their GMC counterparts.   A gamble on small cars paid out in the post-recession years, but looks to be a bad bed in this new era of cheap gas.   Worse yet, Ford has no new products in the pipeline for at least two or more years.

Ford stock has dropped 40% in the last few years, even as it remains profitable.  Many analysts are wondering why, given that things have been going so well.   But just as people "buy ahead" stocks and houses by bidding up the prices, people also look ahead and see trouble down the road, and bid things down.   And with Ford's debt to equity ratio, (over twice that of GM's) lack of new product lineup, and a general recession in the car industry, things are not looking well for Ford.

The idiot who wrote author of the article for "Business Insider" disagrees.  He claims that a lot of nervous nellies are driving down the stock price based on "Fake News" articles that promote the idea that Uber, Waymo, or Google self-driving cars, or Tesla are going to "disrupt" the auto industry and drive companies like Ford bankrupt.

Nothing so high-tech, my friend. Just your typical good-old-fashioned carburated, four-on-the-floor auto recession.

We have them every few years, like clockwork.   Perhaps the most famous was in 1958 through 1960.   Go to any car show and you see gobs and gobs of "Tri-Five" Chevies and other mid-fifties befinned monstrosities.   But 58's?  59's?  60's?  Not so much.   Sales plummeted during those years due to a minor recession.   People shied away from dual-quad Hemis and bought things like Falcons, Valiants, and Chevy II's. Ostentatous and expensive was out, cheap and economical was in - at least for a few years until the "Muscle car" era took off.

And then like clockwork, in the early 1970's, it all came crashing down again.  The must-have muscle-car of 1968 languished on the used-car lot in the 1973, particularly after the Arab oil embargo.  But insurance rates were already killing them off, not to mention the costs.

People get giddy and buy expensive look-at-me cars.  Hey, it's fun, right?   Then they get tired of making payments and are broke.   Either they don't bother trading in again, or if they do, they go for something simpler and cheaper.   It is a cycle, and we are due to repeat it again.

In the 2000's we were all giddy and making money.  I had six cars then - four of them BMWs, three of those, convertibles.  It was fun, wasn't it?  Then 2008 happened, and we all shit our pants.  I didn't lose a lot of money, and in fact made a lot by selling out early.   But it was a sobering lesson, and I decided to downsize.  Today I drive a Hamster, and like it very much, thank you.   But I won't need a new car for many years at this point.

And others are in the same boat - and often locked into their cars.  Bill Ford himself warned of this a few years back - seven year car loans putting buyers "upside down" on cars and making it harder and harder to sell them new ones.

This isn't the end of the world, of course, just the normal business cycle.  And no it isn't a cyber-this or e-that "disruption" of the auto world.   Self-driving cars are farther away than we'd like to think. And Tesla will have significant problems in an era of protracted cheap gas.  Market Cap notwithstanding,* Tesla is not "worth more" than Ford.  Ford makes more cars in a month that Tesla sells in a year.  In fact, it is somewhat ironic that the new head of Ford formerly was in charge of their automated vehicle division.  It is not that Ford doesn't have a hand in these emerging technologies, only that the current technologies are not selling very well.

So yes, in a way, the author of the Business Insider piece is right - in that anyone who is arguing that the car business is headed for trouble because of Uber, Waymo, Google, Tesla, or whatever, have their head up their ass.   But I don't see a lot of people making this argument about the current situation in the auto market.  Maybe five or ten years from now these "disruptors" may have an impact - we will have to wait and see.   Most of the analysts I have read had pointed out instead that the fundamentals of the car market point toward recession and such a recession could be very hard for the weakest of the carmakers - Ford.

* Market Cap is meaningless and the Ford example illustrates why.  Ford has a D/E ratio of over 4.  This means that four times as much of Ford is "owned" by bondholders than shareholders.  So naturally, the stock is worth less - the real owners of Ford are the lenders.  If you don't believe this, guess who ends up owning a company after bankruptcy?  Yup, the bondholders - while shareholders are wiped out.  So when people harp about "Market Cap" of such-and-such a stock, just plug your ears and tune it out.  Market Cap is a meaningless number than only boobs on the financial shows toss around.  It means nothing, whatsoever.

UPDATE:  Not only is Ford seeing lower sales, GM is too, particularly with cars and even their trucks.   Again, the press raises the canard of the "tech" sector cutting into sales, even as Tesla has hardly sold any cars, and no one has actually sold any self-driving cars to date.   Rather, the reason is simple:  Recession.   Ford and Fiat-Chrysler are propping up truck sales with sales to fleets and steep discounts, cutting into GM's revenue.  Car sales are down as gas is cheap and everyone wants a huge SUV or pickup truck - those who are still buying at this point, that is.

This will turn around in 2-4 years, of course!