What Ever Happened to Angie's List? (Making Money on the Internets Isn't Easy!) 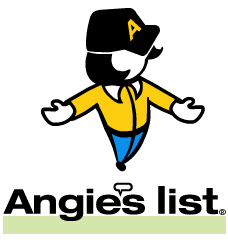 Angie's List is finally sort of going away and re-emerging as something else.  Maybe something else that makes money this time around?


I wrote before about Angie's List and what a waste of time it was.   Angie's list is one of a number of "review" websites out there that some are saying border on reputation blackmail.   Some contractors claim that Angie's list offered them premium memberships or suggested they have friends sign up, in order to counteract negative reviews and up their "score".

Whatever the truth was, we'll never know.   A new CEO decided that the "subscription" model of Angie's list wasn't working, because as I noted in my previous posting on the subject, there are so many "free" sites out there you can access with similar reviews, which are about as worthwhile (read: worthless).

Again, to sum up, word-of-mouth is not common currency.  Who is making the review is more important than the content of the review - which is why we used to have professional reviewers in our society.   As an example, a local Mexican taco place makes real Mexican "street tacos" al pastore, which is barbecued beef, cilantro, and raw onions on a small soft corn tortilla.  This is the real deal - what you get in Mexico - not some American aberration with lettuce and cheese on it, served on a dried Dorito.

But like clockwork, some yahoo reviews the restaurant and says, "the durn tacos don't have no cheese on 'em!  We ended up going to Taco Bell down the street!"    Again, who is making the review counts, and some trailer-dwelling redneck isn't really qualified to review anything, much less a restaurant.  But these "review sites" dutifully count his review and add it to a "score".   Fortunately, the owners of the restaurant simply don't care as the place is packed every day and they are not relying on Yelp! or TripAdvisor to fill tables.   In fact, the kind of restaurants who cater to that crowd generally suck, as they have to lower their standards to the lowest common denominator.

The other problem with review sites is that the people motivated to review things are either really pissed off, or friends of the owner.   If the food is "OK" and you had a good time, you have better things to do that spend a half-hour writing a review on some site.   So these reviews are suspect, from the get-go, on all these social media review sites, period.

Anyway, this "Freemium" model of Angie's list didn't make any money either.   Angie's list reported that it made a profit in 2016  for the first time.  But apparently that wasn't enough to keep the place going, and they agreed to merge with Home Advisor, which is a site that sort of like Uber or AirBnb, puts homeowners in touch with contractors.    Decades after the death of the Yellow Pages, we are still struggling to figure out a replacement for it, it seems.

So the new Angie's List (no word on whether they are keeping the name or not) is morphing into something else - less of a review site and more of a clearing house for contractors for home services, much as Home Advisor was.

But the bottom line is, of course, did Angie's list make any money for its investors?  At a buyout price of about $8.75 a share (although for some reason, the share price today is over $11) the folks who bought in at the beginning in 2011 when it went public, will find they get most of their money back and not much else when this sale goes through by the end of the year.    The company made profits only one year and never paid any dividends.    You'd be better off and at far less risk leaving the money in your checking account.

But of course, most of the shareholders in Angie's list are not IPO stock buyers.  They sold over eight million shares of Angie's list at the IPO, but there were over 50 million shares outstanding at that time, and close to 60 million today.  So like any good IPO, the goal was to create a market for the shares owned by the insiders who started the company - who also hold a bulk of the shares of the company.

As a result, the little people who bought stock on the exchanges ended up breaking even - or if they bought at the height of the hysteria at nearly $30 a share, lost their shirts.   But the founders who have huge blocks of shares, they clean up and cash out.   That is how an IPO works, to take money from you and give it to other people.   And yes, these are hyped on television - I've explained to you how television works, right?   Just bad bargains!

So what is the point of all of this?   A number of things.   First, stop trying to "get rich quick" by purchasing "tech" stocks or IPO stocks.   These are stocks that make other people rich and those other people never bought their shares on the NASDAQ or NYSE - they were paid in stock for their contributions to starting and running the company.   You are just the chump they sell to, in order to get cash for a Ferrari.   Just stop handing rich people all your money and then whining about income inequality, OK?

Second, this whole "online review" nonsense is just that.   Yes, I've been on a number of the sites and written a few reviews myself.   It really means nothing.  No one reads the reviews and no one cares.  Many of the sites are jiggered up so that the restaurant or company ends up being shaken down by the review site (where the site makes its real money) in exchange for cancelling your negative reviews.   These sites are little more than advertisements, and your contributions really aren't changing the world, they are lining someone else's pockets.

Third, word-of-mouth isn't a common currency.   If you want a good recommendation of a restaurant, ask people you know and trust.   And be prepared to take that big scary risk of having a bad meal and go to some place you've never heard of and try it.

Is Angie's List a success story or another example of the long string of failures on the Internet?   Well, I guess that would depend on whether you were an insider shareholder, an IPO stock buyer, a contractor whose reputation was ruined by an online review, or one of the hapless fools who actually paid money to get onto the site (and is still trying to get them to stop charging your credit card).

For an elite few, it was a chance to make a life-changing amount of money.   For the rest of us, it was really a nothing.   And I think that perhaps sites like this - and there are so many of them now - are another reason why there may be a tech crash in the near future.   People eventually fatigue of these things, over time.   Taking pictures of your food and posting them on Facebook gets old, really fast.   Eventually, the fascination factor of these online sites wears out.   And Angie's list may be a victim of this trend.

If I want to hire a contractor, I will ask my neighbors who they used to have the work done on their house.  I am not sure I want to go through some site where people paid to be listed and to be referred to someone who cannot get work based on his reputation in the community, but rather in the online community.

There's the fly in the soup right there.


UPDATE:  Yelp! seems not to be doing so well these days, either.   In a few years, we'll say, "hey, remember online review sites?  Sort of like AOL or MySpace...."


"It was all hands on deck obviously at that point, and we put a team in place to focus on that particular cohort and that particular profile,” said Jed Nachman, Yelp’s chief operating officer. “And we’re able to really course-correct in a pretty short period of time and saw progressively better results as we got into March and particularly in April.”