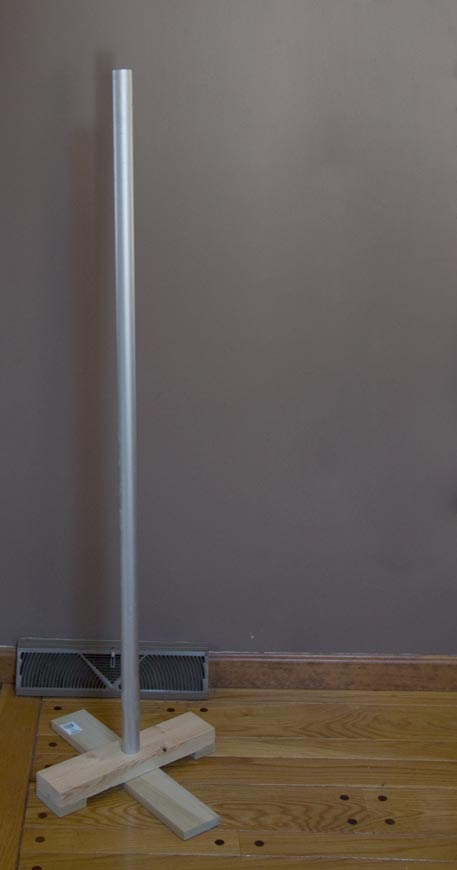 Festivus was a joke from the Seinfeld show.  Unfortunately, a lot of people didn't get the joke, and actually celebrate this new-found holiday.  Is this how Christmas got started?  Perhaps.

Christmas time is here, and it is not a favorite time of year for me, or most other people.  Kids love it, because they get a shiny new bike and an X-box, and maybe an iPad.  Unless you are poor, of course, then it sucks.  Too bad for you.  Don't be poor - that's the real meaning of Christmas, right?
Now, some of you Fox News Geniuses are going to say I am waging "war on Christmas" but as always, people who watch Fox News are full of shit.  Christmas, as its original Christian holiday is a fine thing in my book.   A minor holiday celebrating the birth of Christ - a good way to break up the Winter Solstice.  And as even the Pope reminds us, not a major holiday and no, not really in Winter.  But there it is, so there you have it.
But the Frosty-the-Snowman, Santa Claus, Little Drummer Boy, Rudolph The Red Nose Reindeer, and even the Grinch, are all added on "modern" traditions that date back to no more than 100 years - in some instances less than 50 years.  Many were created in my lifetime.  These are not time-honored traditions of yore.
And new ones are being added all the time, even as we speak.
And the worst "tradition that is not a tradition" is this idea that we all have to spend massive amounts of money buying things for people - things they do not want or need - so the retail merchants of America and our corporate overlords can show tidy profit margins.  We are exhorted to consume - for little or no purpose whatsoever.
And all of this would be fine and all, if it were enjoyable.  But Christmas is a season laden with guilt.  Did you send out your Christmas cards yet?  What about a present for Uncle Henry?  What do you get a guy lives in a bunker?  A gift box of ammo?  Christmas MRE's?  What?
It is, of course, all silly.  It is nice to buy presents for the kiddies - after all, they have no income of their own.   And that is how it all started.   Santa brought toys for the kiddies.   But now it has morphed into this sick gift exchange nonsense, which is more like bartering than anything else.  And we keep score as to who gave us what gift.
What's worse, is that we've taken a holiday that was a single day, morphed it into the 12 days of Christmas, then a month of Christmas.  And now it is wiping out Thanksgiving - after already taking New Year's Eve hostage.
Well, it can be that way, if you choose to make it that way.  You can De-Militarize Christmas, if you choose to do so.   And it is a choice, really.  No, really.  No one, not even the almighty Fox News can force you to celebrate Christmas.   Just tell people you are Jewish, or better yet Muslim - as they will honor your "traditions" with quiet reverence as we are all supposed to do.
The real meaning of Festivus was just what I am talking about here - that our traditions are very arbitrary, usually of recent vintage, and often just plain silly.   Putting an aluminim pole in your living room makes as much sense as putting in an ugly Christmas tree.  Yes, they are ugly - Christmas trees are an aesthetic nightmare, period.  There, I said it.
You can create your own Christmas traditions - I grant you permission.  Take a trip to a Carribean Island.  Go on a cruise.  Take a trip to Disney.  Stay at home and paint the garage floor.  Whatever.   Get Chinese take-out and see a movie.  Whatever works for you.
My Christmas Tradition is to run my free annual credit report.  Why not?  There's nothing fucking to do on Christmas day, other than eat, watch Television and talk to your relatives.  Ugh, Ugh, and Ugh.  It works out wells - kills an hour of time and also I am reminded to do it every year.   I also total up our finances for the year in preparation for tax season.  Christmas - a time for reflecting on how blessed you truly are - right?
It is sad to me - and a bit scary - that some folks are taking Festivus to heart and actually "celebrating" this made-up holiday.  But you know, Kwanzaa was the same way - a manufactured holiday that people started taking seriously.  As Elaine would say, "Fake, Fake, Fake, Fake!"
Newer Post Older Post Home