The Death of Journalism 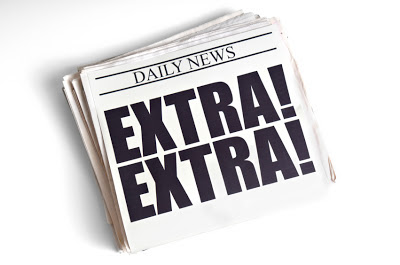 A lot of people are crying that newspapers are dying - because of the Internet.   But the Internet is little more than a format-change.   Journalism started dying long before the Internet came along.

The terms "Journalism" and "Journalist" have taken on new meanings in recent years.  We tend to think, without thinking, of "Journalism" as "The News" and a "Journalist" as a Newscaster or reporter, or perhaps a writer for a daily paper.

But the terms once had a different meaning.   Literally, Journalism referred to keeping a journal, and a Journalist was one who wrote in a journal.   Mary Chestnut, who wrote a diary of the Civil War, which today is viewed as an amazing historical record, was a Journalist in that regard.  She wrote of her life experiences.  Samuel Clemens and H.L. Mencken were Journalists in the sense that they were people with experiences in life who wrote, not people who set out to be copy writers.

Today, Journalists are cranked out by schools, such as the Newhouse School at Syracuse University.  And my brief brush with their sort of "Journalism" as a student was a real eye-opener.   What passes for writing, in today's papers and online sites, is often horrifically bad.   The idea is to get people to buy papers, or today, to click on stories.  Gaudy headlines sell papers or generate click-through revenue.  So the idea is to "punch up" or sensationalize a story.

That is, unless, of course, it might annoy the advertisers or piss off the powers-that-be.  In that case, they can turn any story into a series of blandishments that say little or nothing of value, unless you can really read between the lines.

I wrote a story for the Daily Orange once, about a student retreat held by S.U. for "student leaders" (which for some reason, included me).   A student had recently been raped by a football player and it made the national news.   We wanted to discuss this, but the people in charge nixed it.  The Assistant Dean of Students, an old battle axe said to me, "Mr. Bell, what you fail to understand is that the football program brings in a lot of money to the school!"

So there you have it.  Anyone in the football program can do as they please - rape co-eds, or apparently in the case of Penn State, abuse 11-year-old boys.   Maybe times have changed since then.  And maybe they would have changed sooner had the media not been such a complicit ally.

I wrote the story, telling what I heard and said.  The editor said it was a good story, but I needed to "punch it up with quotes!"  That was his line - "punch it up with quotes!" which apparently was what a professor at Newhouse told him.   I thought the one quote - from the Assistant Dean of Students, was punchy enough.  But that was the one quote he didn't want to put in.   "We don't want to be too controversial" he said, realizing that the school held the purse strings to the student fee, and hence his budget.

So the story got watered down and I walked away from it and asked them to take my name off it.  It was published as "Students Leaders Attend Retreat, Discuss Student Issues" with three paragraphs of non-alarming fluff.

That was the drivel coming out of the Newhouse School back then.  And since then, it has gotten worse.  Today it is all about capturing eyeballs and click-bait.  They want you to "stay tuned" for a story that is made to seem more than it is - or get you to click on a story just so they can get click-through revenue.  So they put alarming headlines on plebeian stories.  You are being baited.

And few media outlets are honest enough to say this.  Well, there is one, the Onion.  In a recent article entitled, "Please Click on Our Banner Ads" the satirical newspaper stretched irony so far as to expose the underlying truth:

Oh, I'm sorry. Did you think The Onion actually cared about the integrity of its brand? Or that we paid even one single thought to the expectations of our readers? Or that the enduring quality of The Onion's content mattered even in the slightest? Ha! That's rich. No, none of that stuff matters at all. I mean, don't get me wrong, we want tons of people to go to our website and click on our news stories, for sure. But the only reason we want this to happen is so that their eyes might, by chance, wander over, like little lost children, to a nearby ad. You think the New York Times is any different? Don't kid yourself. What you are taking part in here is not a free exchange of information provided by The Onion as some sort of noble act of public service. Lord, no. What you are taking part in here is, essentially, a scam. A scam in which we trick you in to visiting our website and looking at ads so that some large, omnipotent corporation will give us a big stack of cash. Or a small stack of cash. Or, really, any amount of cash at all, preferably arranged in stacks.

By the way, what I just described above is the sole aim of every website on the Internet. Literally, every one of them. It is also the sole aim of every newspaper, every magazine, and every television program. And you—you clueless, literate schmuck—are but a pawn in this game. So just let go. Just accept the fact that you are reading this column right now simply because we can count you as a number on a spreadsheet. You are a pageview, my friend. You are a "monthly unique visitor." One of millions. Nothing more, nothing less.