The Evil of Forwarded E-Mails 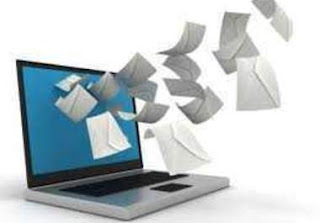 Receiving forwarded e-mails is bad enough.  Forwarding them further is even worse.

We all get them, usually from that crazy Uncle or friend who has too much time on their hands.  Sometimes they are harmless - funny cat pictures or a silly joke.  But more often than not, forwarded e-mails are evil - truly evil.
What sort of things am I talking about?

1. The Public Warning:  The mall rapist is at "Wal-Mart" and using perfume samples laced with chloroform to rape unsuspecting women - or he is hiding underneath your SUV!  Or, gangs are killing random people as "initiation rites".   These stories are false, of course, and they cost the local police a lot of time and energy, answering calls about these non-existent rapists and gangs.
Why do people forward these sort of things?   They want to appear to be "in the know" and be a "good Samaritan" by warning others.  In other words, they are stroking their own egos.  But since the data is false, they are really stroking something else.
2.  The Political Diatribe:  The "mainstream media" won't cover this (not even Fox News!) but a little known treaty, bill, or Presidential order recently signed will merge Canada, Mexico and the United States.  Or they will take away our guns.  Or the President was born in Kenya.  Whatever.   And this goes on with Presidents of both parties.
The scary thing is, people believe this shit.   They believe that bills are passed in Congress "in secret" and no one in the general public knows about them - except for the elite corps of e-mail forwarders!  God bless you all for keeping America safe!
3.  Business Slander:   I recently received one of these from a friend. All charities are crooked, it read, except for  a few at the end of the list I had never even heard of (which actually were probably the fraudulent charities - and yes, they do exist).  My friend was convinced, based on this e-Mail that Goodwill was a scam and that the President of the company was pocketing all the "profits" for himself.
What was sad about that e-mail is that my friend was all-too-ready to believe it, without doing any further research.  A simple check on Snopes - or any one of a number of charity-monitoring sites - shows the data to be untrue.   But rather than look for confirmation of this data, my friend was willing to accept, at face value, an e-mail sent from an anonymous source.
Of course, that is one problem with forwarded e-mails.  Since they come to us through friends, we assume the friend has endorsed or checked out the data - but usually they haven't.  Since these things are chained together as one forward after another, you have no way of knowing what or who the real source was.
And in many cases, it may be a competing company or service, trying to drum up business for themselves, or just some disgruntled former employee, or whatever.
4.  The Virus Load:   This is the real danger of forwarded e-mails.  People get into the habit of forwarding e-mails to friends, or receiving forwarded e-mails, and then they click on an attachment that loads a trojan into their hard drive.  At best, all they have to do is reformat their hard drive and lose all their data.  At worst, it steals personal information and cleans out their bank accounts.
Once you get in the habit of opening forwarded e-mails and their attachments, you are a prime target for this sort of victimization.
5.  Jokes, Funny Pictures:   These are harmless enough, but they can take on a life of their own.  For example, if the person forwarding uses "Forward to All", then your e-mail address has been broadcast for all the world to see.  And worse yet, when someone hits "Reply All" you get the follow-up comments clogging your mailbox.
And just because they are jokes and funny pictures doesn't mean they aren't evil, either.  Many of these are along the lines of "how life was back in 1955" or "Rules for schoolteachers, 1872" with a tacked-on message that "life was better back then, before we had iPods and Gay Marriage".
These are often political message e-mails hidden as joke or anecdotal e-mails - that life used to be better and that we need to "go back to simpler times" to fix all of our "modern problems".   These sorts of messages are as subtle as a hammer.
6. Slacktivisim:   You are exhorted to boycott gas stations next Friday to "bring down the price of gas" or that signing an online petition will cause some change in government or business policy.   It is activism without the activity, hence the term "slacktivism".   Of course these "gas boycotts" don't work and online petitions are worthless.
But people feel important and that they are "making a difference" with just one click of the mouse!  They aren't, of course.  They are just making themselves look foolish.
7. Forwarding Contests:  If you forward this e-mail to 100 friends, Bill Gates will give you a free computer!  Of course this is not true, and often this type of e-mail just makes the forwarder look stupid.  And often, it may be an e-mail address harvesting scheme.

Who Forwards these e-mails, anyway?  Lonely and un-empowered people who are not very familiar with how the Internet works.   They don't realize that forwarding this drivel makes them look stupid, and moreover the risks involved in opening forwarded e-mails.
And yes, they are often friends of ours, and we have to "grin and bear it" when they send you this shit.  Because when you gently try to point out that the stuff they just forwarded is loaded with odious political opinions, half-truths, outright lies, and libel, they get all huffy - as if it was their right to spread shit and you are at fault for seeking truth.
Who Starts these e-mails, anyway?   That is the question few ask - and the more interesting one to ask.   And I don't think it is any one group of people or type of people, but rather a panoply of different groups of folks.  Like graffiti on a mens room wall, not everyone is motivated by the same reasons for "leaving their mark".  Some want to "tag", some want to create "art", while others want to write witty jokes or comments.  And still others want to say nasty things about an ex-girlfriend.
Some of these e-mails are started by kids (and by kids, I mean people well into their 40's) who think they are being oh-so-clever by creating an e-mail and then seeing how many idiots forward it.   It is the same thing as trolling - trying to get a reaction out of people.
These are sad and lonely people who are very familiar with how the Internet works, but have yet to figure out how to make money from their skills.  By creating a stupid e-mail and then watching it be forwarded to millions of people, they feel empowered.  And it is a joyous day for them when their e-mail comes back to them, forwarded by their Aunt Edna, with a chain of e-mail addresses a mile long.
And speaking of which, it is possible that this is also used as a means of harvesting e-mail addresses.  If the mail gets forwarded enough, often with header upon header of e-mail addresses attached, it may come back to its source (or a computer infected with a trojan or virus) and the e-mail addresses could be harvested.
Political operatives have been known to use the forwarded e-mail to spread slander and lies about an opponent.  I received some of these from a right-wing friend who hit "forward all" to an e-mail about Obama being of Kenyan birth.   I was shocked that my friend (who is Hispanic) harbored such idiotic and extremist views, but perhaps that is one advantage of these e-mails - you find out who your friends really are.  People often won't say things in public that they will forward to you in an e-mail.
But obviously, it can be helpful to start a "whisper campaign" about a candidate - which political operatives have done for Centuries - and e-mail just makes a better and more efficient outlet for whispering.  The problem is, of course, that sometimes these e-mails get traced back and people get in trouble.
The "Wal-Mart Slasher" e-mails are harder to parse.  They are dusted off and reformatted from time to time, so someone is certainly keeping them going - on purpose - knowing them to be fabrications.  Perhaps frustrated unionizers or disgruntled former employees are trying to damage the reputation of a business they used to work for?  Perhaps.  Or perhaps it is bored teens or hysterical or insane people.  Who knows?  Who Cares?
The point is, you validate these folks when you forward this crap.   The powerless Internet Troll gets satisfaction every time his bullshit e-mail gets forwarded.  The political operative scores points and influences opinion - based on lies that are never checked.   Crooked companies gain business advantage when lies about their competitors are spread around.
And the real victim is the truth, which is now viewed as subjective, rather than as an absolute.   A civilization dies, just a little at a time, when people stop seeking truth and instead look for convenient and easy answers.
And forwarded e-mails are chock full of the latter.
Newer Post Older Post Home