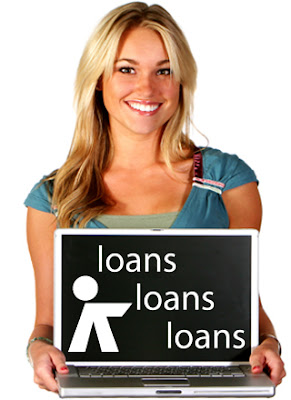 Online Loans are usually just a scam to harvest data.

OK, this is a pretty dumb scam, and you'd have to be pretty dumb to fall for it.  But you know, even smart people fall for scams - Chelsea Clinton's Father-in-Law spent millions of his client's money on a Nigerian Scam and went to jail over it.
You probably have seen a lot of ads on the Internet for online loans. Apply now!  Unsecured loans from $1000 to $100,000! Bad credit OK! Now, if you've been reading this blog, you understand that borrowing money is not a good idea, nor is it a "privilege".  And borrowing money is not a way out of financial problems - it is  just throwing gasoline on your financial fire.
And many people think they can "borrow some money to tide me over" and then think they can pay it back.  But if they are short of cash already, how is borrowing more going to fix that problem?
And sadly, many folks do this to "hang on" to houses, cars, boats, motorcycles, and the like - convinced they cannot "give up" on owning a "thing" and that borrowing more money is the way out.  Selling crap or even declaring bankruptcy is a better option.
Many of these online loan sites are just a flat-out data harvesting scam.   Granted, even the "legitimate" ones are a scam, in that they offer trivial loans for staggering interest rates.   But many more simply want your Social Security Number, place of employment, home address and phone number, full name, and of course,  your Bank Account number (so they can "deposit" your "loan" to your bank account).
Of course, you are declined the "loan" which likely never existed.  But now that have more than enough data to perform high-level identity theft, unless your credit history is locked.
Your data will be sold and re-sold to a number of people - mostly in foreign countries.   And you may start getting odd phone calls.
One of these is the phony debt-collector scam.  These folks target the poor and dumb (which are often the same thing).  People desperate enough to try to borrow money online are desperate enough to do anything.
The typical call, usually at night, will be from someone with a foreign accent.  They will claim to be from a loan company and may even use the name of a legitimate loan company.  Or they say they are from "Legal Services" or even "Law Enforcement".
They will tell you that you have defaulted on a loan that you never made - for $497.35 or some such odd number.   And if you don't pay this right NOW, you will be arrested, as you have failed to appear in court in response to their lawsuit.   And if you don't pay this NOW, the court costs and fines can be over $4000!
And if they don't pay up, their credit rating will be DESTROYED!  And they will be fired from their job!  They will never work again!
The idea, of course, is to throw you in a panic - to be worried about being arrested or being liable for huge sums of money.  And for many folks, they don't even bother to think whether they took out such a loan.   Maybe they did borrow that money?  Or did they?   Either way, best to pay it off and avoid trouble!
And the scammer will offer to accept a credit card over the phone, or instruct you to wire money by Western Union.    Both are bad ideas and hallmarks of a con artist.
These scammers are preying upon the ignorance of the poor as well as their fear of courts and police.  With immigrants who barely speak English, they have easy prey.
Even legitimate debt collectors can be very aggressive, as I found out recently when I was accused of owning DirectTV some money - that turned out, of course, to be the debt of a different person with a similar name.
How do you avoid these problems or solve them?
Well, for starters, don't hand out information like that online.  Forget online loans, payday loans, and other odious deals.  Get out of that mindset entirely.
And if a debt collector calls or writes, don't panic.  Ask for full documentation of the debt, in writing.  Get the address of the debt collector, the name of the agency, and the name of the person calling.  If they tell you they can't give you their name, then tell them "so sorry!"
Con artists will claim not to have an address to write to, or not be able to send you the documentation.  And in most cases, they will hang up and not call back.
But never pay a debt you don't owe.  And never let a debt collector intimidate you.
Newer Post Older Post Home