What a Rotten Year! Or...Maybe Not! 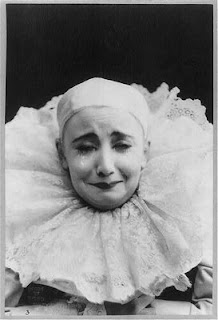 Oh what a horrible year we've had!  Everything is going so badly.
No, wait, that's not quite right, is it?


On the Internet, you see people trolling and grooming and posting messages about how awful things are.  This is nothing new, we've seen it in real life since time began.  During every economic recovery I have lived through, there were legions of people willing to tell you how awful things were and why everything was so rotten.   These are called depressed people and you shouldn't listen to them.

During the 1950's, we had a huge post-war recovery and our nation was prosperous.  But to listen to some folks, it was an awful time, what with nuclear annihilation, the cold war, and youth gangs and all.  The fabulous fifties, according to some, were a dark and dreary time!

And during the 1960's, the economy boomed again.  But if you listen to some folks, their only impression of the 1960's was race riots, assassinations, and the Chicago 7.  Yea, bad things happen - they always do, you know.  But a lot of great things happen as well.   People seem to forget the latter.

The 1970's?  Well, they did kind of suck.   Nixon resigned in disgrace, we made a hasty exit from Vietnam, stag-flation and oil embargos paralyzed the country, and Jimmy Carter was President.  But you know what?  We still drove off to work every day - in our crappy 70's cars - and people still had a lot of fun.  I know I did.  I spend most of my time water-skiing and smoking pot.  There are worse ways to sit out a decade.

In the 1980's, the economy slowly recovered - but the naysayers would have you think that "Reaganomics" killed off all economic activity of that decade.  The opposite was really the truth.  Gas prices eased and salaries shot up.   Things were looking up and people were doing well.

And today?  Well, the recession has been officially "over" for over two years now.  The definition of "recession" is when an economy shrinks, not expands.  And we are expanding - nice and slowly, thank you, which personally is the way I think it should be.   The slower the expansion, the longer the recovery will last.  Rapid expansion is usually followed by rapid and more severe decline.

Unemployment is down, housing starts are up, existing home sales are up, home prices are up, foreclosures are starting to ebb, unemployment is down.   And it will get better, too, once we stop extending "unenjoyment" indefinitely and people realize that they aren't getting that overpaid job back, ever again - and take a job they are actually entitled to.

And the stock market?  Way up over this time last year.   In fact, I made more on my investments this year than I did in ordinary income from work.  My investment portfolio went up 13% since December of last year, which is not a bad annual rate of return.  Will this continue at this rate?  Well, we have already seen a drop of a couple of percentage points due to Boehner's boners.  But like July 2011, we will bounce back from this, eventually.

My life insurance went up a nice 5.7% which today is considered a good rate of return.   And while my income reached a nadir in the summer of 2012 (partly because I took a two-month vacation), my income is ticking up for 2013, and looks to be pretty good for the new year.

And my debt load is pitiful.  I am carrying a small balance on my business credit card ($2000) for some filing fees owed to me by a client, but that is about it.  No mortgage, no car loan, no staggering monthly payments to make.   Even if the shit hits the fan, I'm set - or at least better off that I was four years ago.

In other words, not only are things not all that bad, they are pretty freaking good, compared to say, 2008.

But no one wants to admit to that.  Why is this?   The political types want to say everything is rotten, so they can blame political opponents.   This is how you gain power and leverage in a political debate.  And both parties do it, although the GOP, being the party out of power, does it more lately.

And people like to feel sorry for themselves - wallow in self-pity.   It feels good to feel bad, sometimes, and we all like to indulge ourselves, from time to time.  But some folks take this too far, and it blows up into a full-blown mental depression, and nothing you can say will make them think otherwise.

In fact, good news is bad news to such idiots.  You tell them that the stock market is up, and they say, "Well, wait for the double-dip recession!  I read about it on a website!"   Or you say that housing sales are up, and they argue, "Well, that is only because the banks are holding back on foreclosures!"   For every piece of good news, they have some long-winded and improbable theory as to why it is actually bad news.

And the way economies work - the way human nature works - things will get better and then get worse.   This isn't the last recession you will see in your lifetime or the life of mankind.   So the naysayers can always say, "I told you so!" even if they have to wait a decade or more for their negative dreams to come true.

But more to the point, life is what it is, regardless of your credit score or the level of the Dow, or who is in the White House.   A beautiful day in the park doesn't have a score or level or credit, and never goes into recession or recovery.   You have to look at life like a customer sometimes, and appreciate it when it is beautiful and not worry so much about nonsense like jet ski payments and new apps for your cell phone.

2013 will be a good year - regardless of the debt ceiling, the fiscal cliff, the stock market, or unemployment rates.   Whether you enjoy life or not has a lot less to do with money than you think.

But even if you measure your life in terms of dollars and cents, 2013 seems poised to be a pretty good year, no matter how you slice it.