Another Word From the Illuminati...

Note: I started writing this back in May of 2015 and finished it only now. 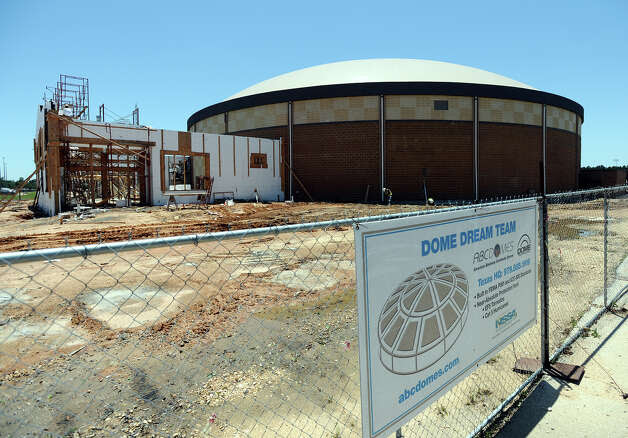 We Illuminati are hard at work, preparing to enslave the nation!

In the mail this morning, this screed:

There is an IMMEDIATE NEED for all types of companies to assist with Remediation, Flood Clean Up, Renovation, Inspections, Debris Removal, Security and Engineering work for both Services and/or Products. All types of companies needed such as Veteran-Owned, Woman-Owned, Minority-Owned, HUBZone and 8(a)-Owned as well as Small Business's are NEEDED NOW.


Once registered  through (DHS) Department of Homeland Security and (FEMA) Federal Emergency Management Agency a company will be able to work under many other agencies such as U.S. Customs and Border Protection (CBP), U.S. Coast Guard (USCG), U.S Immigration and Customs Enforcement (ICE), and Transportation Security Administration (TSA) just to name a few.

Yes, as I have mentioned before, I am a government contractor, and a former defense contractor.  So here I am, now hard at work, helping build FEMA domes and FEMA coffins, so we can put you all in jail and take over America.

So, obviously, the next step is to just round up everyone and put them in detention camps.   A slave-labor economy will be so much more efficient than a consumer-based economy, won't it?   I mean, once we turn all the Wal-Marts into detention camps, we won't have to waste time selling products to people, loaning them money, or hooking them on cell phone plans.

And since everyone will be in detention camps, we can shut down all the car dealers and repair shops, as no one will have to drive anymore.   It will be sweet for us, to be sure, driving everywhere at 100 mph with no traffic.  Once we have all you "little people" locked up (and take away your guns, it goes without saying) life will be sweet, right?

Or maybe not.   In a consumer-based economy, we make money when people consume.   I make money on my Altria stock because you smoke cigarettes.   If we lock you all up in detention camps, what does that do to the sales of cigarettes?   They collapse, that's what.

And if all the Wal-Marts are turned into prisons, how does Wal-Mart make any money?  And why would a Wal-Mart even make a good prison?

This is the problem with conspiracy theories - they don't hold up under even the most mild of scrutiny.   People posit that the powers-that-be want to lock us all up and put us in detention camps.   Years ago, a friend of mine sent me a scary video of a "Bush internment camp" being built - right near a railroad track!  They would ship us all in to the camp in rail cars, and the turnstiles and barbed-wire topped chain-link fences would keep us all prisoners!

Or maybe, it was an Amtrak train station under construction.   Hence the railroad tracks, turnstiles, and chain-link fencing.  But some ominous music and a little narrative and selective editing, and my friend believed - to the point where they left the country in terror.   Drugs were involved, as you might imagine.  (Fast-forward a few years, and the same video is repurposed as an Obama internment camp under construction).

Yes, pot makes you paranoid.  So paranoid in fact that the powers-that-be can get you to vote for a guy who will outlaw pot so long as he doesn't "take away your guns" (How's that working out by the way?  I mean, how many guns did Obama take away?  I have yet to hear the tally).

And speaking of which, what ever happened to Jade-Helm?   That was a military exercise which was supposed to be Obama's plot to take over Texas - or something - using these domes and closed Wal-Marts.   Nothing ever came of that, and the conspiracy theorists seemed to conveniently forget this, just as "end times theologians" conveniently forget when their predicted "end of the world" date comes and goes.

By the way, the e-mail produced above is a con.   Since I am a registered government contractor (for at least one more year) I get e-mails all the time exhorting me to "sign up" with companies with official-sounding names, who promise to get me all sorts of government contracts in areas that I am not qualified to work.   The joke is, these are not government agencies sending these e-mails, but often are con-artists, who want a fee for me to sign up with them, and in turn, they would send me lists of contracts that I could obtain from the government SAMS site by clicking on a few links.

Yes, even lawyers and government contractors are hoodwinked this way.  Especially the lawyers.   You'd be surprised how many "urgent legal needs!" there are on Jekyll Island, judging from the five or six e-mails I receive daily in my SPAM box.

But I am astute enough not to believe that an island of less than 500 residents has such "urgent legal needs!" but instead is a cut-and-paste SPAM e-mail that uses my name and address data scraped from my website or the State Bar website (I wrote the Patent on the scraping technique!).   I can see this, can't you?

So why do people fall for such SPAM?   Why do people believe in conspiracy theories?   People are not very bright and will squander their emotional and physical energy on nonsense.

Just don't do that.   Pretty simple thing.   You'd be surprised how many people fail to see it - even smart people!
Newer Post Older Post Home