Median Income versus Average Income in US 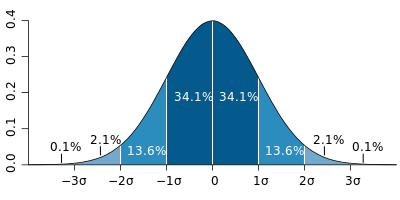 There is a difference between median and average, of course!

I have bandied about the number of $50,000 as being the "median income in the US" for some time now in my blog.  This is an outdated number and also somewhat misleading.    According to Wikipedia, quoting the Federal Reserve, the median income in America is $56,516 as of 2015, presumably higher today.  So my $50,000 number is far outdated.

As in any discussion, break down the premise of what is being said to understand what it actually means.  And the term "Median household income" can be somewhat misleading.

Median, of course, is a mathematical term which means the value in a group of numbers of which half are higher and half are lower.   It is far different than average.   If I have a group of  nine numbers, say {100, 99, 80, 75, 25, 15, 10, 3, 1} you could say the median was 25, as half the numbers are higher and half are lower.  It is more in the domain of set theory than arithmetic.   If these numbers in my set represented income, well, you'd have a distorted view of what the typical person's income was.

"Household" also bears mention, as it is more nebulous how this is calculated.   A "household" may be a single person, a couple, or a family of four, or a family of 12.  The census bureau tallies up all the money earned in a house (or apartment or condo or trailer or yurt) and comes up with a household income.   This is far different from individual income, to be sure.

Average income is a different beast, of course.   Average is calculated mathematically, by adding up all the income of everyone in the United States and then dividing by the number of households (to come up with average household income).  According to Motley Fool, quoting the Census bureau, the average household income in 2015 was $72,398 which is a lot higher than the median, to be sure - by nearly 50%.

So what do these numbers mean, if anything?   Well, you can glean a lot of information from them, if you think about this data.   The first thing that jumps out at me is that Americans have much higher incomes that in the past, but this is largely due to inflation over the years.

Back in 1980, the "Yuppies" were a thing, and the slogan from the hippie era of "Don't trust anyone over 30!" was morphed to "Don't trust anyone under $30,000" which was a joke back then.   $30,000 back then was considered a "huge" salary and meant you were making enough to afford a 1980 BMW 318i, which in retrospect was one of the worst BMWs made (but they sold a lot of them to those aforementioned Yuppies).

Already today, the "six figure salary" is no longer a big deal, as  it is probably within one standard deviation of the mean, or at least within two.   Making a hundred grand a year ain't no big thing any more  - a successful plumber or welder can do it, with overtime, working in a hot market.  Of course hanging on to that money is another trick, and was the reason I started this blog.

But another observation I take away from this is that most Americans' income is fairly uniform in nature.   Our tax code illustrates this - we have tax brackets that have break-points at or near the mean and average incomes in the USA.  The very highest brackets top out in the mere hundreds of thousands of dollars.

Note how these brackets (here illustrated for a married couple) are clumped along the lower income levels in America.   Make a half-million or a million, you are in the same bracket.  Make a Billion, you are in the same bracket.   Of course, the joke is, once you make a million or more, you can hire an accountant and lawyers and structure your life so you are paid in capital gains and thus pay no more than 15%, as Mitt Romney and Warren Buffet do.    Only little people pay taxes - Leona Helmsley was right!

And if you think this is going to change anytime soon, look at the electoral map carefully.   The sad story is, it doesn't take a lot of money to sway politicians, and the very rich can spend very little to control things.   But that's another story.

The main thing is, the bulk of us are clustered along this $0 to $100,000 income level.   While there is a great disparity between the billionaires and those on welfare, the bulk of Americans make under $100,000 a year.  In fact, half of them make less than $52,000 a year, which is what "median" actually means.

So, if you are making something within this range, odds are, you are a pretty average person in America.   Not unique and not necessarily disadvantaged compared to others.   If you are making more than this, you are doing pretty damn well - start banking it, as you have no excuse to be broke later on in life.

A reader recently took me to task for my recent posting on actual logged spending.  He argues that his Pa, who is living in the UK is spending far less.   It is hard to parse this, for a number of reasons.  First of all, I have to ask, Is your Da really spending that much or are you just guessing?  Because unless he logged every single damn purchase on Quickbooks or some other software, he's just guessing at his spending.    If you had asked me what I thought I was spending, well, I would have said far less.   That is the point of logging all purchases - you can't control that which is not measured.

Second, my spending is about average for an American, so comparing it to his pensioning Dad in a foreign country is sort of apples to oranges.   For example, I understand you don't have to pay $1100 to $1400 a month for Obamacare over there.   It sort of makes it hard to compare.   And while you can save a lot of money (about $8000 a year by my reckoning, including depreciation) by not owning a car, this is far easier to do on a small island that you can walk across in a few days - and that has robust public transit.   In America, well, it takes more than a few days to walk across, and a car is sort of necessary, which is why we have more cars than people in the United States.

What was interesting to me was that according to Fidelity, I am right on track for retirement living.   Last year, I still had income from my business (which I am winding down this year) so I did not have to dip into savings for all of my spending.   But even if I did, I would be on track to spend less than 5% of savings a year, which would take me to age 87, the average life expectancy in the US - for somene who has lived to be 60 (average overall life expectancy is closer to 78).
Thanks to a robust stock market, the balance of my investment accounts has actually increased over the last year, even as I withdrew money. I realize, of course, this will not always be the case. The secret is not to panic but the market goes down as many people did in 2009.

And as the Fidelity report noted, housing costs are the single largest expense.   And while I do plan on downsizing eventually, I doubt I could save too much by going to an apartment at the present time - at least one that is in a nice neighborhood.  $1800 a month doesn't buy much these days!

So, I am right on track with current spending levels.  But since the Obamacare tax credit will cover most of my health insurance this year, it will knock $13,000 right off the top from my expenses.  And since our summer vacation will be far shorter this year (less than two months, as opposed to three) our travel and lodging expenses will be far less (we also took some expensive trips last year that involved staying in hotels).