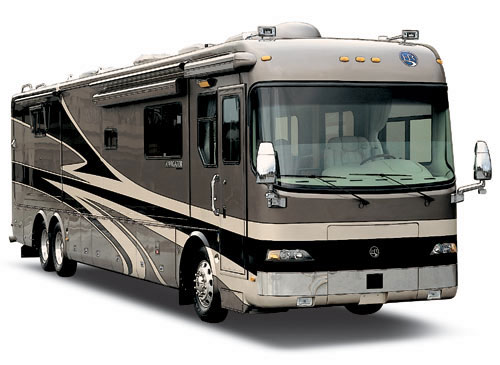 I have noted before how easy it is, in our society, to sign your life away in a matter of seconds, and create a financial nightmare that may last for decades.   An 18-year-old signs up for student loans that take decades to pay off - and gets a worthless college degree in return.   And even 30-year-olds can do this.

I met a young woman the other day who wants to quit a good job and career because she is "bored with it" and borrow $100,000 to go to Law School.   She says "the government will pay for it" as she has some vague idea that student loans will be "forgiven" later on.   I am not sure what planet she is from, but for the most part, student loans have to be paid back and they are incredibly difficult to get out from under, particularly law school loans.

I have another young friend who is ducking out on student loans legally - by working as a public defender for a decade or more.   The pay sucks and eventually some portion of the loans may be forgiven, but it is sort of a shitty strategy to get ahead in the world.   Like my other young friend, she went to law school with no idea what kind of law she wanted to practice, and is now scraping by defending indigents.

Then there are purchases - motorhomes, boats, cars, and whatnot.  You can spend a half-million dollars on a motorhome and be "upside-down" on a 20-year noted for 18 of those 20 years.   You can even make the same mistake on a smaller scale, buying an RV that "only" costs $80,000 or so - and be stuck with it for decades because you don't have the cash to sell it.    Upside-down is a game anyone can play at any economic level!   And all it takes is the stroke of a pen!  Leave your pen at home!

But of course, there are other ways to bankrupt yourself, or just make your financial life miserable, without buying monster yachts or motorhomes or whatever.   You say to yourself, "Well, I'm not signing a 20-year note on a motorhome, so I'm in the clear!"   And you tweet this on your new iPhone while sipping a large grande latte frappachino Starbucks while you shop for a new $50 t-shirt at the mall.

The truth is, most of us - including myself - get into financial trouble one Starbucks at  a time.   I use Starbucks as a metaphor, as it is apt in this day and age.   It can be a number of things - one designer beer at a time.  One fast-food meal at a time, one whatever it is you don't really need in life but purchase on a daily basis because you don't think it is too expensive.

For example, it is fun to go out and socialize now and again - visit a restaurant with friends, and have a beer or two or whatever.   The problem is, of course, is that it is very expensive to do so, even on the median income in the United States.   The local bar wants $5 for a beer these days, and a restaurant meal can easily reach $20 per person, with taxes and tips.    A "night out with friends" can easily cost you $20 to $50 or more - sometimes far more - before you know it.

Do this enough, and you can easily spend $10,000 a year on having a good time.   And while it may be fun, if your income is the average in America, it can easily swallow up all of your discretionary spending.   Not only that, it is not a healthy lifestyle - all that drinking and bad-for-you food in oversized portions.

And a lot of people do this - using restaurants as their kitchens.   I meet couples who gleefully tell me, "neither of us cook!" and when I ask them how they eat, they tell me about some "special" at a restaurant they drive to nightly.   Often this means driving 10-20 miles round-trip, another expense that is rarely thought about, but can cost $5 to $10 in automobile costs.

And many folks - including myself when I was younger - put this all on a credit card and then fail to pay the balance off every month, and a nagging credit card debt accumulates.   Suddenly,  you have the equivalent of a small motorhome in credit card debt.

Worse yet, if you are young and at that working stage in life where you are supposed to be saving for retirement (and this is not optional, for all of us except those few lucky folks with pension plans), the real damage might not be realized until far later in life - when you wake up one day, at age 40, and realize you really have no real plan in place for the rest of your life - if indeed you had any sort of plan for the first part of your life, other than to go to work today and maybe spend money on something.

And the problem is, the "small mistakes" issue never freaking ends.    I think at this point in my life, I am pretty immune from spending $300,000 on a motorhome or some other big-ticket purchase that could end up causing a lot of financial pain.   And student loans were paid off a long time ago - with no prospect of them intruding into my life again.

But the spending aspect - that is a continual battle on a daily basis.  It is like dieting and exercise - something you have to be vigilant about all the time, or weight just piles on.

And I can say, honestly, that on both fronts, I have fallen from grace, time and time again.  It is all-too-easy to spend a little here and a little there and then realize at the end of the year, that you are spending more than you thought you would, which in retirement, can be a scary thing, as you have only X dollars to spend for the rest of your life, with little or no prospect of Y dollars in income coming in.

It sounds depressing and anxiety-inducing.   And to some extent, it is.  But getting your financial house in order - and keeping it that way is really essential for long-term happiness.   The relief from stress in understanding your finances is far greater than the nagging doubts one has by ignoring money issues.