Cigarettes and Other Distractors 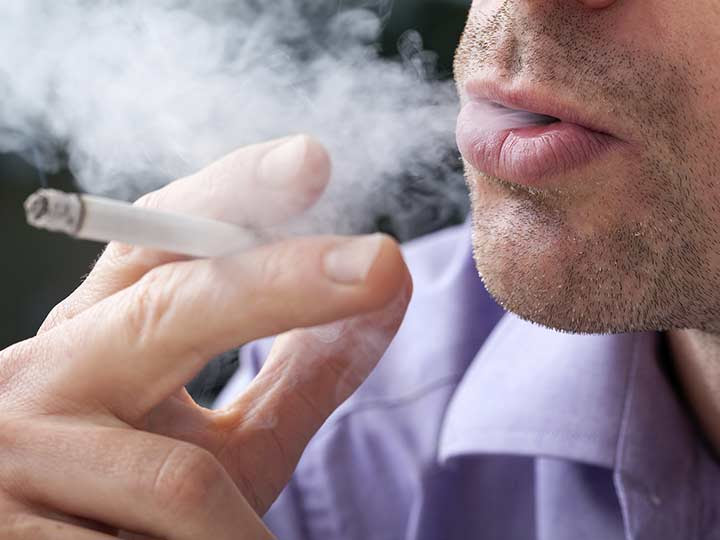 
I mentioned in a previous posting how, when we lived in an impoverished area of Central New York, how distressing it was to see poor people driving into the gas station at a high rate of speed, toss a couple of bucks in the gas tank, and then go in to the store to buy $20 or more in cigarettes.

In one incident, Mark was in the store and a lady with two children was waiting in line.  The kids were nagging her for some candy and the lady said, "I don't have the money for that foolishness!" and then proceeded to buy a $40 carton of Native-American cigarettes.

She didn't have time for foolishness, however.

Cigarettes are one of the big distractors in life - a way the "system" if you will, or "the man" can keep people down.   They provide absolutely no benefit whatsoever to the user, and in fact can ruin their health and shave decades off their lives.   And yet people pay through the nose to buy them, often because they are addicted to them, either physically, mentally, or both.

Kids take up smoking early in life, and the cigarette companies know this.  As one of the early "poor decisions" kids make in life, they decide that smoking will make them "look cool" or "act adult".   Or they do it as an act of rebellion (rebelling against who?  People who give good advice?) or to be accepted by their peers.

But people take it up, and today, it generally is the poorest people in our country who smoke.  Smoking went from "glamorous" to "white trash" in a matter of a few years.  Today, smart people see it as smelly, dirty, expensive, and deadly.  At any office building, you see the lower-level employees out by the dumpster, smoking.   And of course, since they spend all their time there smoking, it tends to negatively affect their work performance, and they end up sliding further down the economic ladder.

And I think cigarettes and nicotine do affect your behavior as well.  Smokers tend to be sloppy - and not just in terms of stamping out butts wherever they feel like it, flinging ash all over the place, or wearing clothes that smell like an ashtray.  What nicotine does to the circulatory system does act as a stimulant, and smokers tend to be more jittery and wired and less detail-oriented.  Some studies suggest they may be more prone to feeling pain.

They also seem to be more inclined to depression and to whining about how unfair life is, how their boss sucks, and how the government is no good.  And of course, they share these stories over a cigarette on the loading dock next to the dumpster, when they should be working.

But the last is that is just my perception.

The reality is, smoking is ungodly expensive, and the people who can afford it least do it the most.  It is, among a number of vices in this world, a way of keeping people down - keeping them poor - for a lifetime.  Drugs and alcohol are two other obvious methods.   Consumer goods, including cars, sold on time, are yet another.   If you were to design a system for making people poor and keeping them that way, you couldn't do a better job than the one we have in place today.

But there is hope, of course.   In order to be entrapped by any of these vices, you must consent to them - at some time in your life, and often continuously.

The day you decide to take up smoking, you've made a bad life choice - one that you will pay for, literally, for the rest of your life, and eventually you will pay for with your life.   Now, granted, it is a decision you may be making when you are 13 years old and thus not using adult judgement.   But it is a decision you made.   And it illustrates why the tobacco companies liked to recruit them young - older people tend to view the transaction in a negative light.

Once you are addicted, it is hard to quit, to be sure.  But not impossible.   It isn't like trying to quit Methamphetamine, or Opiates.  But I think a lot of the vaunted physical effects of addiction are outweighed by the emotional ones.  The addict has low-self-esteem issues and thus posits themselves as being worthless and a screw-up.   When under pressure or stress, they resort back to the addictive behavior, which then fulfills the prophesy of low-self-esteem.

As I have noted in a number of postings, for me, the distractor was drugs and alcohol, specifically marijuana and beer.   At an age when I should have been launching my career, I was stalled by the distraction of "partying" with friends, getting high and drunk.  And many young people today fall into this same trap.  They think, wrongly, that they will be able to "catch up" later in life and get rich "someday" but of course, for most of them, someday never comes.

Another idiotic article in Slate does make a good point - if you haven't made your fortune by about age 45, odds are, you aren't going to make one.  Or put another way, odds are, the bulk of the money you make in life will be determined by that age.   The path you set out in life is a series of decisions you make, with the earliest decisions often being the most difficult to reverse - and thus the most important.   While there are second chapters in American life, these chapters are increasingly shorter.

I was able to snap out of it by age 25.   Most folks don't, just as most folks find it impossible to give up smoking until it kills them.   I realized that I was making a lot of bad choices in life and that if I didn't at least try to change things, my life was going to be one of poverty and want, much as it was for my siblings.

So I gave up smoking pot and drinking beer - which meant I had to give up my beer-and-pot friends and even family members.  It wasn't easy to do, but then again, not impossible.   Even my parents got a little freaked out that I wasn't drinking - after all, it was the family religion!

My career was delayed by nearly a decade, but I did manage to play catch-up.   And things worked out OK for me.  It wasn't a matter of "luck" as posited by the towed-car lady discussed in my last posting, but making different choices and hard work.   And it involved a lot of the latter - and sacrifice as well. (Towed-car lady apparently argues that cigarettes are good for you, as they are energy boosters when you are working two jobs.  Funny thing, I never needed them while working three!).

But I also realize that making different choices can make a profound difference in your life, and that people make different - and difficult - choices all the time in this world, and are better off for it.

We read weepy stories about the addict, the alcoholic, the criminal, the unwed mother, or whatever.   We rarely read (or give much thought to) the person who shakes off addiction, becomes sober, drops out of the gang, or refuses to get pregnant at 15.   These are the real heroes in life, and yes, I have met many of them in person.   They rarely get stories written about them, because no one feels sorry for them, and the media loves a good "feel sorry for" story.

But they are the heroes we should be looking up to.   Rather than whining about how unfair life is, we need to look at how people overcame the unfairness of life - because many do.

And it all comes down to choices you make.   And smoking is a choice.
Newer Post Older Post Home