NOTE: This is a posting I started a year ago an never finished. 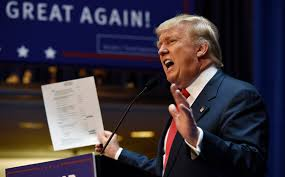 How dare I say outlandish things like take responsibility for your own life and stop being a victim!


It is funny, but I hear comments from some folks or read comments online about my blog.  It is amazing to me that anyone reads it.  It is even more amazing that people who hate it, seem to read it even more.  If you don't like what I have to say, read something that agrees with your preconceived notions of the world.

Some folks claim that I say "outrageous" things here in my blog.   I find that rather odd, in this day and age, when you can put up a white supremacy blog and the ACLU will be the first to defend your "first amendment" rights.   But if I suggest that perhaps most of the problems in your life may very well be the result of your own folly, that is "outrageous" and should be shouted down.

And I make these observations from my own experiences.  Almost every financial, emotional, mental, and physical mistake I have made in life was largely the result of my own doing.  Oh, sure, there were other actors in the world who helped me along.   But when something is probabilistically very certain (such as having a motorcycle accident) you can't foist off the "blame" onto the car that hit you, when it fact, it was a predictable event.

So what are the outrageous things I am saying in this blog?  Here are a summary of some of the horrible things I say here that make me a bad person:

1.  Taking responsibility for your own life is a good thing:   Good for society, and good for you.   When you externalize your problems - by blaming others for your woes - nothing gets done, as the "big corporations" and "Wall-street fat cats" aren't going away anytime soon, nor are the Democrats or the Republicans, or the Muslims or the Russians, or whoever or whatever vague and ambiguous large external force you want to blame for all your woes.

For example, nobody - or damn few anyway - suffered as a result of the Real Estate meltdown due to circumstances entirely beyond their control.   People got greedy and decided to buy and flip houses, or thought their ship had come in and they could afford a fancier house than they really could - at a price and on terms that made no financial sense whatsoever.  Others merely over-mortgaged their homes and "took out" equity to pay off credit card bills (as I did).  No one forced these people to pay too much for homes they could not afford on terms that only Satan himself would offer.

But no, in America, everything is always somebody else's fault, or at least that is how you get elected - and re-elected - in this country.

2.  Mental Health has to be worked at:  Thinking crazy thoughts will make you crazy.  The more you believe in nonsense, the less sense the real world will make for you, and your brain will suffer from this disassociation.  Conspiracy theories, paranormal phenomenon, aliens, religion, etc, are all nonsense and based in fantasy, not fact.   Sure, it is fun to go on a "ghost tour" or visit a church once in a while.  Taking that shit seriously will just make you insane.  If you read enough online stories about pedophile rings in pizza shops, eventually you will find yourself in jail wondering what the hell happened to you.

3.  Crazy people are no fun to be around, employ, rent to, rent from, work for, or have a relationship with.  And I say this one from long hard bitter experience.  A lot of people say we need to "respect" the needs of the mentally ill, as mental illness is an illness like any other.  And there is a nugget of truth to that, of course.   On the other hand, marrying someone who attacks you with a knife is not a very good idea.  And no, you can't "fix them" like an old car.  The best thing you can do for yourself and your own mental health is to leave the crazies for the professionals.

4.  Obsessing about an illness is never healthy:   It is trendy today in America to claim to have some health problem that is nearly impossible to diagnose, or is something people read about and saw on television and then self-diagnose.   People claim to have all sorts of weird allergies that mystify actual allergists.   Folks claim that  eating "gluten-free" is better for them, when there is no scientific evidence to suggest this, other than for a small number of people with a very rare disorder.  Folks like to spend hours on disease websites complaining of their pains and aches - but of course, never getting better.  It is a shitty way to go through life, particularly as eventually you will acquire a real illness that will put things in real perspective, and you will realize you wasted most of your life obsessing about nothing.

I went on one of these sites once, to research diverticulitis.   What I found was a lot of really bad and contradictory information, and a lot of people who spend every day on the site complaining about their attacks and seeking (and getting) sympathy from others.   I quickly realized this was a dead-end and never went back.  I didn't want to go through life identifying myself as a set of disease parameters, but would rather live life instead.

5.  Buying crap doesn't make you happy or wealthy, just broke.  Having a lot of "stuff" seems like the definition of wealth - to small children.   When you become an adult, you realize that having money is the real definition of wealth, and that owning things is anti-wealth.  Treating yourself to a fancy car or a fancy cell phone is fine and all, but if it comes at the expense of your financial well-being, then it is probably a really bad idea.

6.  Borrowing money isn't a privilege, and it isn't a good idea in most cases.  People obsess about their credit score in this country and look at wealth in terms of how much more they can borrow.  But borrowed money has to be paid back - with interest.  And in this age of low interest rates, it amazes me that people continue to borrow at rates of 15% or more (often far more, for payday loans and the like).  Save borrowing for important things - a home, an education (a real one, not 4 years at party U or a "for profit" college).  Borrowing money for an RV or a boat is just shooting yourself in the head.

7. Keeping track of you money is essential to managing it.   You can't just go through life spending when you want to and assuming that someday money will show up to pay your bills.  Believe me, I tried this and it didn't work!   It is a pain in the ass, but tracking every darn penny you spend is essential to understanding where you money goes and where you are spending too much money in life.

And please, if you are not doing this, you have no real right to say I am spending too much money on X when you have no idea what you are spending your money on at all.

8.  Feeling sorry for people accomplishes nothing.   There are a few people in this world who are truly victimized by circumstance.  Most of them are fighting to reverse their fortunes.   The folks who come to you with long sob stories about how rough they have it are the most likely to be con artists looking to con you out of money.   You might feel better about yourself giving a dollar to a bum, but you haven't changed his life one iota - he will just spend it on drugs or alcohol.    Saying you are "better" than others because you care about the less fortunate is just sick thinking and narcissism.   Want to help the homeless?  Work at a homeless shelter.   Odds are, after a week, you'll re-think your sympathies.

9.  Obsessing about politics is pointless.   Vote.  Donate money to a candidate.   But to get all riled up watching Fox News or CNN is just wasting your own energy on absolutely nothing.   Put that energy to use in your own life, and leave the politics to the politicians.  Your input is limited to the second Tuesday in November, or whatever you can spare in your checkbook for political donations.  Forget about the rest.

10.  Stop believing in something-for-nothing.  There are no shortcuts to wealth or losing weight.  People are not giving away cars, motorcycles, RVs, or tractors on Craigslist for 1/4 their actual value.  A Nigerian Prince has not awarded you lottery winnings.   You don't save money by leasing a car - you get ripped off.   You can't deduct your way to wealth.  Buying a huge house to live in won't make you rich, just house-poor.   No scheme or hyped investment will ever make you rich, but likely will bankrupt you, whether it is gold, bitcoin, houses, or whatever.   Others will make money, not you.  Just stop being a sucker!  It is that simple.

Now, some of you might say, "Well, this is pretty obvious stuff, Bob!  I mean, if you have lived on this planet for more than an hour or so, you could figure this out!"

You'd think that, but you'd be wrong.  Legions of people believe in utter nonsense and do stupid things and then allege to be victims and want our sympathy when it all goes wrong.   While we might feel sorry for such folks, a better approach is to learn from their mistakes and move on.

And yet our media, our schools, and even family members all preach the opposite.  We should feel sorry for people and the next IPO for some "dot com" company is the biggest news in investing!   The two are related of course, as the people who want you to feel sorry for them are the idiots who fell for the crap the media sold them.

But that is an outrageous thing to say because the folks who have one hand on your wallet don't want it said.  They want you to be weak, passive, and squandering all your dough on stuff to make yourself feel better about life, even as you go broke.  Why bother trying?  Have another beer and roll a joint and lose your mind.   There, feel better now?

This is, of course, not some grand conspiracy, but something called "human nature" and "civilization".   Throughout history there have been haves and have-nots.   And the haves know how human beings think and act, and how they are prone to feeling sorry for themselves, depression, and craziness, and how these weaknesses can be exploited very easily.  Loan them money for a new Camaro.  They'll feel better about their situation, even as they go broke.   Meanwhile, you make money.   That's how it works.

If you can see through this fog, it suddenly becomes clear.   Sadly, few do - or maybe it is a good thing few do, as it makes it easier to be one of those few!