Parents, Children, and the Crab-Bucket Mentality 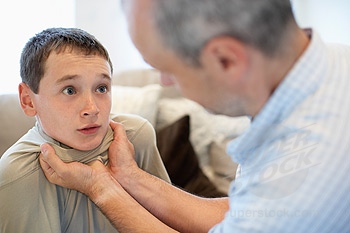 Your parents may, ironically, be the biggest obstacle to your success in life.

In my last posting, I mentioned off-hand that in many cases, a "smart" kid in the ghetto or the trailer park will get beaten down by his peers and even his own parents if he tries to assert his intelligence by studying hard and getting good grades.   And it struck me that this offhand comment needed deeper analysis.

The crab-bucket mentality is a shorthand for the notion that people try to pull down others who try to succeed, to their own level.  It is a human thing and we all do it to some extent, particularly minority groups.  "He's getting above himself," people say, "thinking he is all that!"  - and folks will actually conspire to destroy one of their own, just to make themselves feel better by comparison.

Parent will often say things like, "I want my children to succeed even further than I have!" or "I want my kids to have all the things I never had!" as these are noble sentiments and saying them is in fact a form of status-seeking.   Often, however, these sentiments are not really meant, or if they are, can actually destroy a child's life.

I recalled in an earlier posting, a lawyer I once worked for who said the latter phrase - that his children would never know want in life.  And he gave them everything they wanted - a college education for free (most chose worthless degrees, of course), free housing, free cars, spending money - well into their 20's and even 30's, and for all I know, even today.   He basically ruined their lives as he taught them to be dependent on his checkbook and made them all indolent and lazy and maybe a little crazy as a result.  Parents sometimes smother their own children.

And while parents, Dads especially, say they want Junior to advance further than they did, in reality they often want the opposite.   Many parents love to lord over the ruined lives of their children, as it allows them to dole out money and advice and control well into their 30's, 40's, and 50's.   The wounded child is a perverse status-symbol among the older middle-class.   I cannot recount how many times an oldster here on Jekyll Island has recounted to me how their children are flawed and unsuccessful - and seeming to be proud of it.

Of course, some parents, particularly in poorer families, are far less subtle about this - beating the kid with a belt, if they feel he is "getting ahead of himself" which is a euphemism for getting ahead of Dad.  And it is funny, but children are essentially property in this country and have no legal rights of their own - or damn few, anyway.   Abraham Lincoln had to work for a living and hand over all his wages to his Father until he reached the age of majority.  That was the law back then.   Today, it has not much changed.   Many a child actor has discovered the hard way that when Mom and Dad decide to spend the millions the child made in that blockbuster movie, the child has little recourse when they reach the age of majority, other than to sue their parents.  Even after they passed laws to the contrary, parents stole their children's money.

There is this inherent tension in the parent-child relationship.   And the tension is this:  The parent conceives, births, and raises the child, in what is arguably the most intimate relationship outside of marriage (and perhaps even moreso).  But at some point, the child has to leave home and start a life of their own.   The baby bird may be weaned on his parents' vomit, but at some point has to leave the nest, usually never to return.    If you think about it, there is little benefit to the parent in this deal, and much to the child.

But the child that never leaves the nest never learns how to live on their own and have their own life, and I think, based on my observations, that the "Greatest Generation Ever" has, more than in the past, kept their children around as an audience for their lives.   Many people of my generation, it seems, were never able to break free of the Parent Trap, and form meaningful lives of their own.   Some are relegated to living in their parents' basement, others merely live in perpetual fear of parental disapproval, or fruitlessly spend their short lives seeking parental approval or closure.

Growing up in fairly affluent areas, I can think of at least a dozen or more of my peers whose lives ended up as "damaged goods" and their parents seemed to take a perverse pleasure in this.   And perhaps it was this "Greatest Generation" nonsense that fueled this.   After all, they beat Hitler and landed on the Moon, and what did these little shits accomplish?  Woodstock?  Give me a freaking break, right?

So what's the point in all of this?   Well, your parents and peers can be the biggest obstacle to your success in life.   Maybe you are one of the lucky few who have this great relationship with your parents, and they don't continually run down your choice of career and spouse.   Good for you.  Increasingly, I am beginning to suspect that such people simply don't exist, or maybe the all-white upper-middle-class enclaves I have lived in most of my life have such folks in short supply.  I live with people in their 70's who are still terrified of their parents in their 90's.   The parents are weak as kittens and living on life support, but a simple raised eyebrow can put the children into a deep funk for a month.   Sad, ain't it?

But we are not statistics, even as statistics, if they are not specious, can tell us a lot about general trends and patterns.   Individual choices trump statistics every time, and just because you grow up in certain circumstances does not mean you have to perpetuate them.

And maybe this is off-topic, but it does irk me when someone accused of a horrendous crime, will try to get a reduced sentence or even avoid jail entirely, by arguing that some traumatic event in their childhood forced them to murder people.   It is a bit sick on two counts.   First, it is all-too-easy to allege horrific things from 30-40 years ago when there is no one around to corroborate or dispute your story.  Every criminal, it seems, alleges they had a shitty childhood chock full of abuse.   None came from a good home - or at least the smart ones will never say they did!

Second, while people do have abusive childhoods, not everyone who endures abuse becomes a criminal.   To allow someone leniency based on an abusive childhood is to negate that fact that so many others who faced similar circumstances did not commit horrendous crimes.   We tend to want to feel sorry for people and look for reasons to excuse their behaviors.   But maybe that is the subject for another posting.
Newer Post Older Post Home