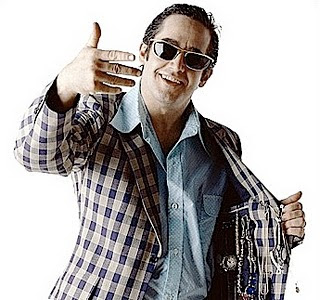 You can spot a scam a mile away from how it is marketed to you.

Lately. my inbox and SPAM box are being buffeted by torrents of e-mails from "Lazy Trader App" telling me I need to complete my registration process (that I never began) or that my check is waiting for me, for $3298.64 (a very specific amount!).   When I read the e-mail, it says, "That's how much you could be making with our lazy trader app!"

They send about two or three e-mails a day.   This one says "final notice" but I am guessing it won't be the last I hear from them:

This is your final notice.

This will expire within 4 hours.

You just Need to Activate it Here <<<

Most folks would see this as a clear scam.   A lot of folks don't though, which tells us volumes about how our average fellow man thinks.  Our average fellow man is an idiot, sadly to say.   This is not to be vindictive.   I feel sorry for these folks.  I also get angry that they are exploited, routinely, by scammers.  But then again, they let themselves be exploited, so it is sort of a wash, I guess.  People are their own worse enemy.

The "complete your registration process" e-mail is an interesting gambit designed to appeal to your fears.  And most people fear that someone set up an account in their name without their knowledge - so-called identity theft.  Thankfully, this sort of action is usually limited (in real life) to Wells Fargo, as of late.  Real identity theft is actually very rare, but is made to appear rampant because stolen credit card data (which is as common as dirt and about as threatening as a feather) is categorized as "identity theft" these days.  So people are all ratcheted-up about identity theft.  And the e-mail is designed to make you anxious that someone has opened an account in your name, and thus gets you to click on it.

So you can spot it as a scam a mile off.  When you get 20 e-mails flooding your inbox, and all of them saying you need to "complete the registration process" or promising riches, well, you know you are being snookered.  The fact they use click-bait titles in the e-mails tells you everything.  You need not "analyze" what they are selling to see if it is a scam.

And good luck trying to figure out what it is they are selling, as they have locked up the Internet to prevent you from finding out.  Even if you google "Lazy Trader App Scam" you get ads for more trading scams, as well as ads for the app itself.   Again, this is a tip-off that the thing is a scam, when the people behind it have spoofed Google to show ads for their service as well as show fake review pages (e.g., "Is lazy trader app a scam?  Click here to find out!").   They even have a YouTube video analyzing the "service" which is interesting as another site says it launched only on January 30th.

So these guys came prepared - they spammed not only my inbox, but Google as well.  If you try to "check out" this app, you'll just get more SPAM websites and videos lauding it.   If you can't spot this as a scam from five miles up, just by the way it is presented, then I can't help you.

What is it they are selling?  Some kind of binary option trading scheme.   What is binary option?   Who the fuck cares?   Because if you Google "binary option" you get more of the same dreck - websites that claim that binary option is not a scam, well, because they said it wasn't a scam!

It is like that scene in About Schmidt where Randal Herschel tells Schmidt he has a great investment plan where he can "get in on the ground floor" and "it's not a pyramid scheme, people say it is, but it isn't!"


Don't bring that up at the dinner table.  Pass the dog biscuits, please!

It isn't because it isn't.   That's great logic.

And of course, some sites prey on the "raging true believers" by saying "Yes, it is a scam, but click here to find out about a real binary option trading scheme that isn't a scam!"

If you check Wikipedia about binary options, you get warning right in the first paragraph:

A binary option is a financial option in which the payoff is either some fixed monetary amount or nothing at all.[1][2] While binary options theoretically play a role in asset pricing, they are prone to fraud and banned by regulators in many jurisdictions as a form of gambling.[3] Many binary option outlets have been exposed as scams. The U.S. FBI is investigating binary option scams throughout the world.[4]

Many binary option "brokers" have been exposed as questionable operations. In those cases, there is no real brokerage; the customer is betting against the broker, who is acting as a bucket shop. Manipulation of price data to cause customers to lose is common. Withdrawals are regularly stalled or refused by such operations.[7] Though binary options sometimes trade on regulated exchanges, they are generally unregulated, trading on the internet, and prone to fraud.[5] The U.S. Securities and Exchange Commission (SEC) and Commodity Futures Trading Commission (CFTC) have issued a joint warning to American investors regarding unregulated binary options,[8] and have forced a major operator, Banc de Binary, to cease operations in the US and pay back all customer losses. In Israel, where a high concentration of such firms can be found, binary options trading was prohibited for Israeli customers in March 2016, on the grounds that it is a form of gambling and not a legitimate investment technique. A ban on marketing of binary options to overseas customers is under consideration.[3]

Again, you can figure these things out driving by at 60 miles an hour or viewing them out the airplane window at 35,000 feet.   Just the way they are marketed to you tells you whether it is legit or not.  The local car dealer who sends me a "car key" telling me I have "won" a new car is not going to have the best prices. And I know this without having to go there - it is just the come-ons and contests and other ways they have of obscuring the basic deal.

This "binary option trading" makes about as much sense as penny auctions.  In other words, none.

With investments, there is one other indicia that is also very telling:  If it were really so easy to get-rich-quick through some scheme or plan, why would you tell other people about it?  You would just work the scheme yourself and get fabulously rich!

And the simple answer is: there is no scheme.   The only real scheme is in selling YOU the idea of getting rich quick, something-for-nothing, and whatnot.

That's where the real money is, in milking suckers.

Don't be a sucker!

UPDATE:  The same, desperate e-mails are now flooding my inbox from "Tesler Investments".   Again, how this is marketed is all you need to know to figure out whether it is a scam or not.