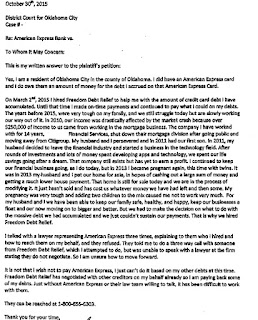 Dumb people often end up in smart jobs, but usually not for long....click to enlarge.


One thing that is puzzling to a lot of educated people is how utter morons end up making hundreds of thousands of dollars a year while it seems that well-educated people with real skills struggle to get by.  Now, granted, sometimes these "well-educated" people have degrees in philosophy, so it isn't hard to understand why they are not being paid a lot.   And as I have noted before, how much you make in this world has a lot to do with your smarts, but more to do with your ambition.

And of course, a lot of smart people are actually crippled by their own intelligence.  They squander valuable energy obsessing about politics or religion or the state of the world.  "Dumber" people obsess about making money and succeed at it.  Perhaps being dumber, they are not distracted by "the greater issues" like smart people are.

I have seen "intellectuals" literally driven insane because they cannot square their hypothetical world view with their own personal realities.   On the other hand, I have seen folks who are plain dumb get along in the world much better, because they don't try to intellectualize the hypocrisy of the world - they just accept it and move on.

In the book The Millionaire Next Door, the author posits that there are a lot of wealthy people in this country who are basically invisible to you and I.  We know about the 1%'ers and their $10 Million penthouse condos in Manhattan, working at those jobs on Wall Street.  But we don't think about the guy who runs a string of car washes or owns a few fast-food franchises, or a bevy of apartment buildings. You might see him driving a beat-up pickup truck and not think he is anything more than a day-laborer or handyman, even as he could buy and sell you all day long.

He might not be the brightest bulb in the chandelier, but he works for a living, and can add up a column of numbers on the back of an envelope.  He succeeds not because he knows advanced calculus, but because he doesn't.   It seems that often, the smartest and brightest among us are the least likely to become the most successful.  The smartest Engineer, for example, is probably least likely to become the manager of the department.   On the other hand, the guy who is most ambitious and has the best people skills (rare among Engineers!) is most likely to succeed.

But sometimes, you do see really and truly stupid people appear to succeed in life - even "win" - at the expense of others.   And again, smart people often get upset about this, and it ends up distracting them from their own profitable ventures, as they squander emotional energy worrying about someone else's business.

For example, during the Real Estate bubble in Ft. Lauderdale, we saw some truly stupid people making an awful lot of money in a short period of time.   And you see this today, too, with these stupid "reality" shows about home-flipping or whatever - morons making money, apparently, hand-over-fist.   Or so it appears, anyway.

This class of stupid people becomes "successful" but often in appearance only, and then for only a short period of time.   These are the folks who are angry that the "American Dream" of granite countertops has been taken away from them.

When we lived in South Florida, we met a guy who was like this.  He felt he was entitled to all the good things in life, and maybe drugs were involved, I don't know.   He bought two condos and then gutted them and turned them into one jumbo condo.   He had a different new car every week, it seemed.  He claimed to be affiliated with law enforcement or something.

One of my neighbors, who was actually affiliated with law enforcement was suspicious.  He did a little digging and found court records a mile long.  All those new cars with out-of-state dealer tags were never paid for.  He bought them and then never made payments on them, and then hid them from the re-po man for as long as possible.

His fancy boat had been sunk a total of three times and insurance money collected.  He had the boat "repaired" of course (to replace the engines he blew up) and then stiffed the mechanic for the bill.   The last time around, though, the insurance company figured it out in time.

It was a crazy era back then - you could go to the bank or a mortgage broker and buy just about anything at all if you lied about your income and assets.  He eventually bought an entire apartment building on one of these "liar's loans" just before the entire real estate market blew up.   I am not sure whatever happened to him, but I am sure he is off onto some new scam or another.

There was a reason banks had rules about lending money.   In the old days, you didn't lend money to people with unpaid judgements and court cases dealing with insurance fraud.   It was assumed that someone who committed fraud or didn't pay his debts would continue down the same path.   But the people making these loans were also not very bright people.

The folks working for the mortgage lenders realized that their sales commissions were based on number of loans made, not the number of good loans made.   So, if they wanted to be in the "President's Sales Club" and get that free cruise to the Bahamas for the annual "top seller's meeting" they had better fudge the numbers - which was made all that much easier by relaxing the rules on lending so that pesky things like credit reports, verification of income and assets, and appraisals were no longer necessary.

When the housing mess finally melted down, a lot of these dumb people were like deer in the headlights.   What could possibly have gone wrong?  Who turned off the money tap?  It has to be someone else's fault and not mine!

And this is where "smart" people can often clean up, if they are smart and not dumb and don't obsess about the morality of making money from other people's mistakes.   After all, half these morons would club you over the head in a dark alley and take your wallet (and after financial meltdowns, many do!).  So don't feel bad about being smart and selling out in time - or buying when the market is low. They certainly don't waste their time feeling sorry for you, believe me!

The letter above, sent by a reader is a case in point.  A young couple who could do no wrong, caught up in the hoopla of the housing bubble at its peak, and then losing it all and wondering what happened.  What happened was that they believed rather than thought, and didn't bother to think through where housing prices were going.

When no one could afford to buy these houses, who would buy?  That was the simple equation I cranked out and came to the inescapable conclusion that the market was over-heated.   Of course, the "dumb" people told me I was the idiot because I refused to believe - as if belief alone could sustain a market.  These are the same folks who buy time shares or hot tubs on time.

And it never ends.   Today, the Toronto Real Estate market is at a fever pitch.   Do you really believe this is a sustainable market?   How's things going in Calgary these days?  Oh, right, Toronto is "different" and has never seen a housing bubble before.  Never, ever, ever!

It just goes on and on, it seems.   Dumb people in smart jobs, making money hand over fist, and then wanting to blame someone else when it all goes horribly wrong.   These are the folks who voted for Donald Trump.   Trump tells them it isn't their fault, it is the Mexicans or Muslims or someone else.   He'll make America "Great Again" and they'll get their mini-mansion back from foreclosure.