Status - it's not always what you think! 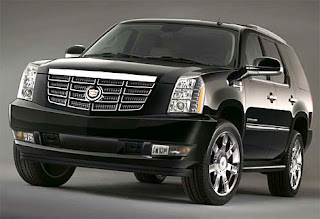 To most people, this is the only example of a "Status Symbol".  But human beings all crave status, and in ways beyond the mere flaunting of wealth.  Recognizing this odious aspect of human nature is one step to avoiding financial problems.

We talk a lot here about Status - how human beings crave it and seek it out.  We all want to have Status - to show people we don't even know that we have value as human beings.  And a dark side of human nature is the desire to show people that you are better than they are.

Think you are immune?  Sorry, Charlie.  Unless you are a robot from Mars, you crave Status.  We all do - it is burned into our hard memory.

So rather than claiming you don't seek status (which, as we will see, is just another way of seeking Status) let's examine this all-too-human condition and what it really means.  Because you may be shocked to discover that there are many forms of status-seeking.

Status-seeking isn't always about money - that is just the obvious example.  Underlying all status-seeking is the premise that the seeker wants to distinguish himself from everyone else, by saying, "I am unique, I am special, I am better than you!"

So you see, when you try to tell me that you are not a Status-seeker because you are "better than that" you just fell into the trap of status-seeking.  It isn't all about money.  And it ain't pretty in any of us.

There are a number of forms of status-seeking, and they can all be costly to you as an individual:

1.  Luxury goods:  This is the obvious example that most people think is the ONLY form of status seeking.  Without the status-seeking impulse, things like Bentleys, Rolex watches, and the like would never get sold.  Even more plebeian consumer goods like Cadilliacs would never leave the showroom if it weren't for status-seeking.  Granite counter-tops and upscale homes would not exist if not for status-seekers.

2.  Bad-assedness:  In many poorer neighborhoods, or in prisons, people seek status as a "bad ass".  You want everyone to think you are tough, which is one reason this whole "gangsta" movement has started, first among rap stars, and now trickling its way down to white suburban teenagers.  But it goes beyond that.  Muscle cars and Penis boats cover both bases in terms of luxury goods and bad-assedness.  If you have a loud, expensive Harley, well, you're rich and bad-ass, right?  Of course, usually the owner is neither, just a financially over-extended Dentist from Bayonne.

3. Political Correctness: The Prius owes its existence to this group.  They buy politically correct goods to flaunt their perception that they are better than the rest of us, because "they care about the planet".  The rest of us are neanderthal knuckle-draggers who are raping the rainforest and depleting the ozone layer.  Of course, owning ANY car is basically raping the planet, and there are plenty of non-hybrid cars that get the same mileage as a Prius.  But driving a Chevy Aveo doesn't scream "I care about the planet" but rather "This is the only car I can afford!"  So, Prius drivers don't opt for cheaper and less complicated cars that get the same gas mileage (and don't require strip mining of rare earth metals from Bolivia to make their batteries).

4.  Heritage:  If you make a big deal on being descended from people who came over on the Mayflower or whatever, you are falling victim to heritage status.  Oh, yes, we know, it is just a hobby and all.  But many folks in America still believe in the "He comes from good stock" type of deal, as if humans were AKC registered dogs that shouldn't interbreed without proper papers.   This is perhaps a fading status symbol in this country, as it borders on racism and is less relevant today.  The "blue bloods" of yesteryear all interbred and now are dirt poor and have genetic diseases.  Not much status in being a Kennedy, a Sedgwick, an Auchincloss, or whatever.

5. Race:  Again, in the USA, it would be tacky and awkward to assert your status based on race.   But it used to be done, on a large scale, and still occurs in many parts of the country on a smaller scale.  Given the amount of "white trash" in this country that tries to assert racial superiority, the argument often undercuts itself. But in other countries, this is still a major status item.  Many Latin-American countries suffer from this problem, as people of indigenous blood are often treated poorly and are far down the economic ladder.  Lighter skinned peoples tend to view themselves as superior and claim to be of pure Spanish descent.  I once inadvertently insulted a friend of mine from Costa Rica when I told him he had the face of a Mayan God (which he did, along with fairly dark skin).  He nearly hit me, and let me know, in no uncertain terms, that he was of pure Spanish descent, with no "Indian" blood in him!  Of course, his genetics screamed otherwise, but it was a cultural deal, to be sure.  And it shows how far our Latin American friends have to come in terms of racial equality.

6.  Religion:  The religious nut will tell you that HE is going to heaven, but you're on the highway to hell.  "Christians aren't perfect, Just Forgiven!" one popular bumper sticker chirps.  I'm better than you, it is saying, because God likes me best!  It is very sick and also very un-Christian, if you think about it.  What would Jesus do?  He wouldn't have such a sticker on his car, that's for sure.  Being smug about religion is a pure form of status-seeking.  Claiming to have an inside track to God is the ultimate status, if you think about it.  Of course, such claims are illusory.

Status-seeking is odious, to be sure, and not a pretty aspect of our human nature.   But we all do it!  Many folks engage in the more obvious form by buying things on credit, and thus projecting an image of success, while at the same time going bankrupt.  The problems with this sort of status-seeking are self-evident.

But others, who perhaps have less access to credit, will use other indicia of Status-seeking that are less costly, at least in apparent economic terms.  The political junkie, the conspiracy theorist, and the politically correct might not have the money for a new Hummer, but they can afford bumper stickers that proclaim their better way of thinking.  "I'm better than you because I care about a living wage!" screams the bumper sticker (not literally, but that is the interpretation).

The problem with this latter form of status-seeking is that while bumper stickers are cheap, being a political junkie can take up a lot of your time, and also make you unpopular with others, including employers.  And let's face it, you are only lying to yourself by claiming to have some sort of moral high ground.   Being a perpetual protester is not really a career path, and growing old and poor is not going to be fun, even if you are morally "right" in all of your causes. (And chances are, the guy with the Hummer, who can afford to donate to political campaigns, will have a greater impact on society than the protester).

Religious nuts squander both time and money on their churches, and usually for the most odious reason of all - to claim to be chosen by God himself as one of the special few.  Many of these "new" religions demand a huge amount of time and money from their parishioners.  They eventually leave, of course, bitter and angry about the time and money wasted on false theologies.

Recognize status-seeking in your own life.  Don't pretend you don't do it - we all do.  We all want to think we are smarter, wealthier, prettier, morally superior, and in every way, better than other people.  And it is true that we are all unique.  But status-seeking can cause a lot of financial trouble for an individual, if they allow it to skew their financial planning towards status-seeking enterprises.

And yes, trying to save money could be status-seeking in itself.  Making a big deal about living on less is, I guess, a form of status-seeking.  But at least, it is a money-saving form of it!
Newer Post Older Post Home