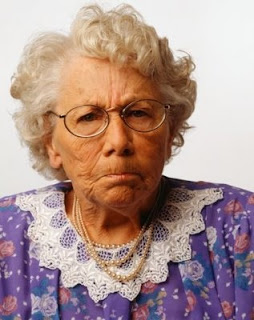 Put Momma in the Home!


A friend of mine is facing what could be a nightmare scenario for any child.  Their estranged parent is suffering from dementia and has to go into assisted living - against their will.

Suddenly, all sorts of horrible parent-child issues from 50 years of living are brought to the surface.  Time to put Mom in the home, and she doesn't want to go.  And unfortunately, Mom uses this as an excuse to dredge up all sorts of old baggage.  "You never loved me!" she says, "You just want my money!  This is what you want - to put me in a HOME!"

And of course, the entire responsibility for this mess lies with Mom, who never planned her retirement, later years, and eventual death, properly.  She had enough money to pay to live in the most exclusive adult community with lifetime care, but instead chose to "stay in the house" and end up living in hoarding disorder squalor, until she was found babbling on the lawn by neighbors.

Here's a hint:  At that point in your life, it is too late to plan your retirement.  Be proactive, and make your "later years" planning before you are suffering from dementia.  Because by then, it will be too late.

So Mom has basically screwed herself here - and her son.  But is the son a willing victim here as well?

He says he "wants to do the right thing" by his hateful Mother and take care of her.  But his efforts have only resulted in lawsuits from the vengeful Mother.  He has to clean up her finances and her abandoned house, and report it all to the Family Court on a weekly basis as "guardian" for Mom.  And of course, Mom is accusing him of stealing from her estate.

The worst part?  According to Doctors, Mom will live a decade or more.

This whole situation is ruining his health, both physically and mentally, and causing strain in his marriage.  Can he survive ten more years of this?  I doubt it.

I tell him to walk away from it.  There is no upside to this mess.  Mom has already written him out of her will.  Why bother doing all this for a spiteful old woman?

The reason, I think, deep down, is that he is still seeking parental recognition and wants to show Mom that he does care and hope that she turns around and loves him.  But in cases with patients with dementia, this simply does not happen.

And let's face it, his Mom was a bitch even before she lost her mind.

It is sad to see a friend go through this - ruin their lives like this, trying to "save" someone else.  He would be better off letting Mom's lawyer handle her affairs and instead going off and living his own life to the fullest.

And yet, so many people sacrifice their lives trying to seek parental acceptance or love that is never, and will never, be given.

Once you are 18 years old, you are an adult.  Live your life.  Move on.  Whatever you got out of your relationship with your parents in the first 18 years of living is, chances are, all you will get out of it.

Spending the rest of your life trying to "figure out" your relationship with your family is a life wasted - because you will never figure it out.  Many, if not all parents want to smother their children, in some regard - and this is why children should leave the nest and move on, if they are smart.

And many, if not all parents will not give you that acceptance, no matter how successful you are.  In fact, they will accept you more as a failure, who returns to the nest, than as a success who leaves.  It is a trap - the Parent Trap - and one you should avoid.

Live your own life.  Stop being a child.  And don't sacrifice your happiness for mean-spirited crazy old people who should be taking care of themselves.
Newer Post Older Post Home