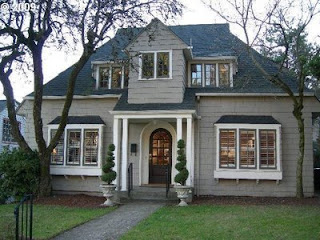 If you remodel a home, make sure it will be worth more than you paid for it when you are done!


Like building a home, remodeling is a project that is fraught with peril.  It is all too easy to spend more on remodeling projects than you will ever, ever get out of a home.  And yet people do it all the time.

Over-improving a home is the largest mistake most people make.  As I have noted time and again, owning the nicest house on the block is rarely a good move, as the rest of the neighborhood is pulling down your home value, while your home pulls theirs up.  The net result is, your home may cost more to build or remodel than it is worth.

We recently sold our vacation home, at a loss, which is fine, because that's what the market says it is worth.  How did we lose money if we sold it for more than we paid for it?  Over-improving the property.

The new owners are getting quite a good deal - which illustrates why it is better to MOVE than it is to REMODEL.  They are smart buyers and I have no compunctions about the sale - they are getting a good deal, so they should be happy.

But in retrospect, we spent far too much improving the home, without thinking whether the improvements would add to the value of the property.  The barn, for example, is beautiful and was costly to build, due to its design features.  A lesser barn would have cost half as much and added the same value to the property.  Similarly, the mahogany deck is nice, but added little to the property values.

Houses exist in pricing brackets, and trying to take a house into a next bracket is difficult.  Location is the key, and if your house is in a neighborhood of $250,000 houses, putting $250,000 more in improvements is not going to make it a half-million-dollar home.

On the other hand, a $250,000 house in a $500,000 house neighborhood will go up in value with improvements, as was probably the case with the house in the photo above, which is in Old Orchard.

We all make mistakes in life, even expensive ones.  And while losing over $100,000 might seem painful, chances are, you've done similar things in your life without thinking about it.  Most people dribble away $1000 here or $5000 there and have small regrets about it.  Later in life they realize that these small losses add up to big amounts over time.

So I have no real regrets about over-improving the home.  I am not sure I would have done it much differently if I had it to do all over again.  You have to take your lumps and move on in life, without regret.  We made over a million dollars in Real Estate over the last decade and a half.  Losing a hundred grand, while painful, is not the end of the world for us, and is paltry compared to what others are suffering through.

And yes, the house was paid for, in cash, so we are not "upside down" like so many folks these days.  We're lucky in that regard.

But lesson learned - don't over-improve a property, as it means money down the drain, basically.
Newer Post Older Post Home