Government Regulation - How Much is Really Necessary? 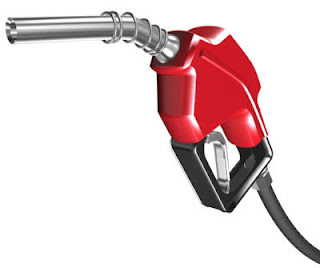 In some States in the US, the latch on the gas nozzle lever is removed - by State Law.  And in some States, you are not allowed to pump your own gas!  Why do regulations on something as simple as this, vary from State to State?
America is often described as an experiment in Democracy.  We try different things - in all 50 States, and see what works, and what doesn't.  People from overseas sometimes fail to understand that America is made up of 50 United States - individual countries, in effect - or at least that is how we started out.

Today, the Federal Government exerts more and more power, usually through the "power of the purse" - causing individual States to pass laws "independently" in order that they receive highway funds or other Federal largess.

Regulations are necessary in any economy.  But how many?  Our 50-State experiment is a good test bed for many regulations - to illustrate what does and doesn't work.  Some States, such as New York, are heavily laden with regulations.  Others, particularly down South and in the West, have fewer.  Which work and which don't?

One thing to understand about regulations is that oftentimes they are enacted to promote some sort of social good.  And while that may be the stated or intended purpose of a regulation, in many instances, regulations stay on the books because someone or some group benefits from them.

The fuel pump lever shown above is one small example.  Here in New York, I was chagrined to see that the ratchet mechanism is missing from all the pump levers.  In such situations, I usually jam my key fob in there and go about my business - checking tire pressures (as you should do) and oil level (ditto).  The other day, a gas pump jockey came out and yelled at me, "Hey buddy, you can't do that, it's STATE LAW in NEW YORK!"

Now if you think about this for a second, who is going to notice?  Are the gas pump police going to come out of the woodwork and shut down the gas station - taking us all into custody in handcuffs and putting us in gas pump detention camp?  Hardly.  But it illustrates how some people live in fear of the law, even when there is no practical enforcement mechanism.  It also illustrates, on a small scale, how some people, given a tiny bit of police power, find pleasure in using it.  And little people, like a 40-year-old man who is relegated to minding gas pumps all day, needs to find a creative outlet other than lording over his customers.

What was the stated social good that caused this regulation to be enacted?  Emissions, for one thing.  Spilled gas is a cause of a lot of smog - as evaporating hydrocarbons from a cup of spilled gas can cause as much smog as driving a Hummer 100 miles.  And safety is another concern, as some people use the ratchet lever, go and sit in their cars on the cell phone, and then set fire to the car later on due to static electricity.  But such accidents are few and far between, and can be avoided by grounding yourself first and learning how to properly fuel a vehicle.

But instead, they remove the ratchet lever, because 1% of us are stupid, so the rest of us have to stand there, like jerks, holding a fuel hose, to compensate for the dumb ones.

But regulations like this can also favor certain interests.  For example, a few years ago, I went to Oregon, and I went to put gas in my car.  The attendant ran out, screaming at me.  "It's an Oregon State Law!  You can't pump your own gas!"  So, I had to stand by, while he put gas in the car.  And not surprisingly, gas was expensive there.  Why did they have this law?  Well, again, I suppose you could say it was an emissions or safety measure.

But in large part, it was a way of keeping gas jockeys employed.  It was also a way of leveling the playing field for smaller gas stations, by forcing the large gasaterias to hire more employees to man the pumps.  If you have a small station, you can hire one guy to man the pumps.  But if you have 16 pumps in a mega-gas-station, you might need to hire 8-10 people to man them all, negating any savings by going large.  This probably protected local gas stations from large, out-of-state chain stations.

The fuel nozzle thing is pretty trivial, some might argue.  But it does beg the question as to why people in one State have the ratchet thingys and people in another State don't, and in yet another State, people can't even pump their own gas.  One would think that eventually, a consensus would evolve around what is the best and least intrusive way of dealing with things like this.

Closing on a home is another example.  In States (excuse me, Commonwealths) like Virginia, you hire a closing company, and they charge like $400 to do the closing papers - for both sides of the transaction.  It is cheap, effective, and a good way of getting transactions done at a minimal cost.

In New York, in contrast, the sale of a home is treated as a major legal event, with lawyers hired for both sides, each charging $800 to $1000 to review routine closing documents.  Is this a better system?  Who does it favor?

The idea behind it is to protect the consumer, of course.  By having your own representation, you are better off (in theory) and have less of a chance of being ripped off in a Real Estate transaction.  Does this mean that in Virginia, consumers are routinely being ripped off?

Hardly.  For starters, the Real Estate industry doesn't want that to happen - people would stop buying houses as a result.  And second, most people buy Title Insurance, which covers you if a transaction somehow gets screwed up.

Funny thing, too, in New York, you are REQUIRED to get Title Insurance AND hire your own lawyer.  It would seem that you are very well protected in the State of New York!

But of course, there are economic interests at stake here.  The New York State Bar, Real Estate division, no doubt makes sure that this law stays on the books.  It is a perpetual employment law for Real Estate Attorneys, effectively doubling the amount of work available, as well as doubling the labor rates.  And since most Attorneys sell the Title Insurance, they get a "taste" of that as well.

So a regulation can be sold as being "consumer protection" but in fact end up as a sop for some industry, trade group, or powerful lobbying interest.

And again, as a 50-State experiment, has the data shown that people in New York are better protected from Real Estate Fraud than in Virginia?  No, not really.  Real Estate fraud is not rampant in Virginia any more than it is in New York.  It just isn't that big an issue.  With Real Estate agents wanting to protect their business, closing companies at risk for "errors and omissions" and Title Insurance Companies at risk for losses, no one wants to see fraud happen.  The additional "protections" provided by the New York system do little to protect the consumer - but drive up transaction costs.

And that is the problem with many Government Regulations.  They can be sold as "consumer protection" measures, but often end up as protectionist measures for certain industries.

As I noted before, in the 1980's when 8-foot satellite dishes started to become popular (and snagged free cable television signals from outer space) many zoning board meetings started to fill with angry, rowdy crowds, demanding that these "eyesores" be regulated out of existence.  And yes, many of the people who were part of "concerned citizens against dish blight" were in fact employees of the cable television companies.

Apparently value-neutral regulations can often be crafted or drafted by economic interests that stand to benefit from enactment of such regulations.  Before you jump on a regulation bandwagon, be sure you are not a pawn in someone's game!

For example, in Central New York, the issue of "fracking" is making everyone nervous.  Overnight, neatly printed identical "no fracking" signs appear on everyone's yard.  Union-printed signs, in three colors, made of nice, weatherproof plastic, complete with yard stakes.  Who paid for these?  How did they suddenly appear?  Who benefits from a ban on fracking?

These are issues that most people don't think about.  They only hear the paranoia and fear on the television or in a forwarded e-mail, and see some videos on YouTube, and they are all set to jump on the bandwagon.

But Big Coal has a big interest in this fight.  If natural gas is found in Central New York, it will mean coal plants being converted to burn gas - and homes piped to receive natural gas.  It will mean a lot less coal being sold - and they sell a LOT of coal up here.

You don't suppose, do you, that the coal companies might be sponsoring this "no fracking" effort?  It doesn't take a rocket scientist to figure out that they would be idiots not to.  After all, this is the same group that pushed to stop wind farms, on the grounds that they increased global warming (and like satellite dishes, were an eyesore).

Regulations are all very well and fine, provided they are non-invasive and are the least intrusive necessary to achieve the stated social purpose - and the social purpose stated is significant enough to warrant regulation.  Protecting people from their own idiocy by forcing us all to act in a certain way, seems to me, to be overkill.  We just end up dumbing-down our society as a result.

And enacting regulations that favor one industry over another, seems wholly wrong as well.  Before you say "There ought to be a law!" think about these issues, carefully.  Perhaps the next time you are standing at the gas station, holding a fuel nozzle for 15 minutes.
Newer Post Older Post Home