Collectables and Stocks and Money 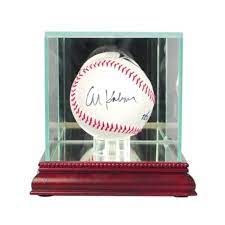 
At the major league ballpark, the ball boy is in charge of the baseballs.  He has cartons of them in the store room, and a sack of them behind home plate.  The ball club buys them in bulk, probably for a nominal amount - $10?  $20?  who knows?   Not a lot of money, in any event.

And some of these baseballs are destined to be used in a few games and then perhaps thrown away, if their covers are scuffed or whatever.   But another ball, that is pitched by a certain pitcher, hit by a certain batter, at a certain inning of a certain game, and traveling a certain path, will be worth thousands of dollars - perhaps tens of thousands, when caught by a lucky fan.

If you think about it, it is a pretty ridiculous proposition.   Why would a ball be worth so much, by dint of its traveling through time and space?

But people perceive it to be worth a lot, if it was the winning ball of the World Series.  It is deemed a rarity, and valuable, only because many people covet it, even though, as a baseball, it is no longer functional (without destroying its value).

Why?  Again, perception of value.   Baseball fans covet these things, so they think they are valuable - and drive up demand.   The law of supply and demand is simple - if there is a short supply, prices go up.  And when the supply of winning World Series balls is "one" - the price is high.

Of course, if prices go up high enough, people will create forgeries - and this is the dirty little secret of the sports memorabilia industry.  A huge portion of autographed balls, jerseys and other memorabilia items are simple forgeries.  But fans pay anyway.

People freak out when you tell them that money is just an idea - an opinion, if you will - about its value.  The perception of the value of money is tracked on a minute-by-minute basis on the world markets, just as the idea of the value of stocks is similarly tracked.

And like any idea, perceptions can be wrong, skewed, undervalued, or overvalued.  Human perception is not a precise mechanism.

So, to a rabid baseball fan, an autographed ball may seem to be valuable, especially if autographed by their favorite player.   However, if that player autographs a million balls, and starts selling them on eBay, like anything else, the perceived value may plummet. You paid $100 for that ball at a memorabilia shop.  Now they are flooding the market with them.   Supply and demand rears its ugly head.

People might just look at a baseball and say, "It's just a baseball that someone wrote on, and when you think about it, the real autographed ball and the forgery look nearly alike.  So why is one really worth more than the other?"   And you might just take that ball out of its souvenir case and start tossing it around in the back yard, instead.

Because, if you come right down to it, an autographed baseball, or a baseball used in a home run at the World Series really has no real value, other than the perceived value put on it by others.  It cannot earn money for its owner, it cannot do anything any other baseball cannot do.  If you buy it, you have to hope that others continue to covet it, so that its perceived value continues to hold, or rise, over time.

Many stock prices are the same way.   You buy a stock that pays no dividends, and you have to hope that some other sucker down the road will pay you more for it.   If people's perception of the value declines, well, then you have nothing to show for your purchase.

And the perception of value of things varies widely over time.   During the "dot com" era, many young millionaires in silicon valley went out and bought Ferraris.   So many did, in fact, that a Ferrari shortage developed, at least among the "Classic" models coveted by the dot-com millionaire set.   So you started to see other types of Ferraris being bid up in value, including more mass-market models that were not made in small numbers and not really rare.  The 308/328 GTB Magnum PI model, or the Miami Vice Testarossa model spiked in price in the 1990s - and then plummeted again when the dot com boom turned to bust - and suddenly a lot of former millionaires-on-paper needed to sell these cars in order to eat.

Values dropped in half, in some cases - which illustrates the folly of "investing" in a collector car.

But likely, you know of other things whose perceived value has dramatically changed over time.  Your house, for example.  Why did prices spike in the 2000's?  Interest rates dropped, and loans became freely available, so people bought, which drove up prices.   As prices rose, more people got interested in housing as "the next big thing" which drove prices up further.

But the train had already left the station, and these later price increases were not really justified by actual supply and demand, but rather surplus demand caused by speculators. Just as the "me too!" people jacked up the price of the lesser value Ferraris, the housing market overshot its real value by nearly a factor of two, particularly in some markets.

And the idea that these values will come back very soon, is of course, folly.   It will take years, maybe a decade, before some of these housing values recover.  The price of Ferraris took nearly that long, and I suspect that the 308's and Testarossas are back to depreciating like the used cars they are.

So what is the point of all this?   Well, when it comes to investing, we are told one thing - and one thing only - the price of a stock.  The newspapers publish stock prices, and whether they are going up or down.   Your online trading company touts prices.  The shouting guy on TV talks only about price.   And even the Public Radio people, when they "do the numbers" don't talk about dividends or P/E ratios, but just the DJIA and other price metrics, and whether they went UP or DOWN.

All this emphasis on price leads to investors focusing on price and price alone, to the exclusion of other factors (such as dividends, for example).   And many folks try to divine meaning in the market from prices alone.   But you can't, really.   It is like trying to solve an equation with three variables and only one known value.

When you invest this way, all you are doing is betting on the price - what "some other chump" will pay and what the perceived value of the stock is.  And that value can move all over the map, based on a number of things - most of which are beyond your control.

If people suddenly decide that baseball is a no longer the national pastime, the value of autographed baseballs might plummet.   When folks go broke, the price of Ferraris similarly drops in value.   If people no longer think the end of the world is nigh, they might not pay so much for gold.   And the value of a stock might drop precipitously, if people don't think the company is a good value anymore.

But the value of something - anything - is based on its perceived value.   And when people no longer perceive something to be coveted, rare, or desirable, the value can drop overnight.   And in the stock business, this usually comes about when we find out that, hey, the business plan was crap, the earnings overstated, and whoa, there are major problems going on behind the scenes (as with Groupon).

Or take the art world.   A famous Rembrandt painting sells for millions of dollars.  So thieves decide to steal one and make money.   Problem is, who wants to buy a stolen painting?   Not a lot of people, it turns out.  Once stolen, it is worth nothing - or not very much.   The buyer cannot display it, loan it to a museum, or even show it to friends.   He cannot ever re-sell it, as the art market would quickly spot it as a stolen painting - even decades after the theft, as many folks who bought art stolen by the Nazis are finding out (and courts regularly return such art to its rightful owners).

In fact, the only people willing to pay much for stolen art are the companies that insured it - they will pay to get the painting back, so they don't have to pay the museum for the loss.   But stolen art collectors?  Not a lot around, and supply-and-demand kicks in, and they pay little for purloined art.

Just because someone paid a lot of money for a baseball, a work or art, or an ounce of gold, doesn't make it worth a lot.   It is just an indicia of perceived value, and perceptions can change over time, or due to circumstances.
Newer Post Older Post Home