Every Possible Thing You Can Do Wrong! 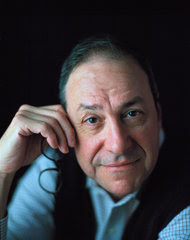 If you look up "Schmuck" in the Dictionary, you will see this photo.
A reader tipped me off to this article in the New York Times (consider the source) about how 401(k) plans are a "failure".   They are not a failure, but will fail when people - even so-called smart people - make horrendous mistakes.
This fellow did about every possible thing wrong you can do, when investing:

"The bull market ended with the bursting of that bubble in 2000. My tech-laden portfolio was cut in half.  A half-dozen years later, I got divorced, cutting my 401(k) in half again.  A few years after that, I bought a house that needed some costly renovations.  Since my retirement account was now hopelessly inadequate for actual retirement, I reasoned that I might as well get some use out of the money while I could.  So I threw another chunk of my 401(k) at the renovation.  That’s where I stand today."


So what did he do wrong?  Just about every possible thing you can do.  All at once.

1.  Greed:  Investing in the tech stock sector was a plain play at greed - hoping to make huge returns on investments, rather than saving to invest.  Guess how that played out?  Note that as a Patent Attorney who represents or represented may of these "high tech" companies, I do not have much of my portfolio invested in tech stocks.  That alone should speak volumes to you.
2.  Investing in all of one thing:  If your portfolio is well-balanced, you cannot be "taken out" by a collapse in one sector.  Yea, bonds are not sexy.  Neither is life insurance.  Neither is a paid-for home.   But if you spread out risk, you are more immune from market dips.
3.  Divorce:  I wrote about this before - a stupid waste of money.   People get divorced in this country because they think they can afford it.  But it is a very expensive proposition and usually wipes out both parties.  Unless one party is abusing the other, consider marriage counseling.
4.  Home Renovations:  I wrote about this before as well.  Improving a house, at most, will increase its value by 50 cents for every dollar you invest.  What other investment is worth less than half what you put into it?  Well, other than a new car.
5.  Weak Thinking:  The reason he tapped into his 401(k) for home improvements was the worst of weak thinking, "Well, I can't retire on it anyway, so I might as well spend it!"  DUMB.
6.  Cashing In a 401(k):  In addition to losing your retirement savings, you pay a 10% penalty.  DUMBER.
7.  Saying "I'll never Retire":  Oh yea?  Well, maybe the "Grey Lady" has other ideas, and perhaps wants a columnist on money matters who isn't a complete and utter fool.   Retirement isn't something you plan, in many cases, but something that is thrust upon you, often years before you are "ready"

The list goes on and on.  The only good thing I can say about this fool is that at least he is man enough to own up to it.  However, then he goes and ruins it by saying the problem is in the 401(k) system itself, and implying that the government needs to bail us all out - now.
He will have to learn to live on Social Security.  And a lot of "high fliers" end up this way - read your history books.   They live fabulous lives in their 30's and 40's and end up dying destitute.  And I suspect this fellow will, unless he wins a Pulitzer price for idiocy, soon.
How can you avoid the trap this fellow willingly stepped into?  Several ways:

1.  NEVER tap into your 401(k) or IRA, for ANYTHING:  Bankruptcy is the best approach if you have pressing bills.   Your retirement plan SURVIVES Bankruptcy!
2.  Learn to live on less:  Fancy houses and remodeling jobs are great for the ego, shitty for the bank account.   Learn to live like a poor person, because chances are, you really are one - or poorer than you think!  Just because all your neighbors have fancy houses and cars and iPhones doesn't mean you have to have them, too!
3.  DIVERSIFY your portfolio:  never invest in all one thing!
4.  Pay off debts:  Be debt-free by age 50, if possible.  Have your house paid for, your cars paid for, your student loans paid for, and NO CREDIT CARD DEBT!
5.  Live below your income:  It is temping to spend more and more, particularly as you think you are a "success in life" as measured by the car you drive.   But that excess income is what you should be using to accumulate wealth, not squander it.

I am sorry that this fellow has put himself in such a shitty position.   Be he alone is to blame for his woes, not the "tech sector meltdown" or his divorce (which he had nothing to do with, right?) or the inherent unfairness of the 401(k) system.
And by the way, the IRA and 401(k) ain't going away anytime soon, friends, so just deal with it.
This fellow lived high off the hog and is now paying for it.   Too bad for him, but he ran up the tab at the bar, he has to pay it, not Uncle Sam, and by extension, us taxpayers.
The only uplifting thing about this article is that it made me feel better about myself.  I may be a broken-down old Patent Attorney, but at age 52 I am in much better shape than this schmuck is at age 60.
But then again, I bet he has a brand new iPhone, though!
UPDATE 2020:  Remember what I said about retirement being thrust upon you at a time and place not of your own choosing?  Well, Mr. Nocera was no longer working for the NYT, three years after writing his article and one year short of age 65:

Apparently he went on to write about sports, and appeared on NPR at least a recently as 2017.  Hope he banked some of that NPR money!
Newer Post Older Post Home