What You Have Done So Far... 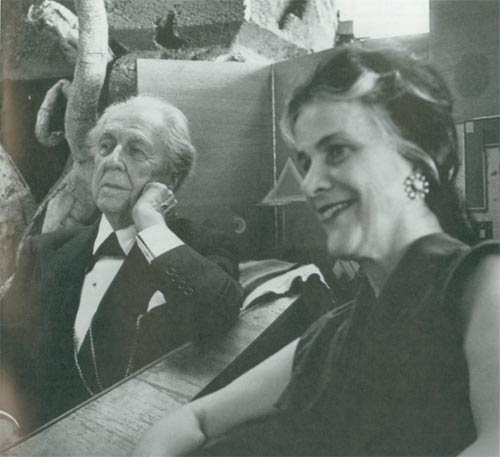 Olgivanna Wright was Frank Lloyd Wright's third wife.   She was something of a controversial figure, some claiming she was responsible for the creation of the Taliesin fellowship, while others argue she was more of a Svengali figure.

Regardless, this quotation from the Frank Lloyd Wright Quarterly, (Spring 2012, Vol. 23., No.2) gave me pause.  Brrce Brooks Pfeiffer worked for the Wrights, cataloging all of Mr. Wright's drawings, shortly after his death:

I would go to Bekins to catalog and photograph the drawings,    Each evening when I returned, Mrs. Wright would ask me, 'how many did you do today, Bruce?' And, as example, I might reply, '240.'

That is an interesting concept, and one that I think many of us fail to grasp.   Our brains constantly remind us of unfinished work to be done, but fail to grasp the enormity of the work we have accomplished, over time.

And this is nowhere more true than in Wright's life.  If you look through the catalog of drawings, you will see copious designs for buildings never built, projects never undertaken, or perhaps cancelled.   And there are numerous buildings that were built, only to be later torn down or mutilated beyond recognition.  Looking at all that was undone, you might see failure.

But if you look at what was accomplished, you see staggering success.

Our lives always end with a list of things we wished we did, but never had the chance to do - or to complete.   In that regard, we can all be viewed as failures.   But this view of life trivializes or negates our successes.

Mrs. Wright was right: 'only think of what you have done so far.'
Newer Post Older Post Home