Would it Really Change Things? 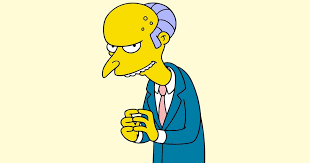 People are all up in arms about income disparity.   Assuming we solved this "problem" tomorrow, would it really affect your personal finances?  No, it would not.
A young college graduate carries a sign while "Occupying" Wall Street.  The sign reads, "I have $25,000 in student loans, and I will never be able to pay it off!"
Taking aside what a laughably small amount of money that is (about the price of a new car) and how long they have to pay it back (the rest of their lives), how does income disparity affect this person's life in real terms?
Suppose we let the Bush Era Tax Cuts (which affect the rates of top earners only) expire in 2013?  Or we enacted a "Buffet Tax"?  Or cut the exemption for the Gifts and Estates Tax from $5 Million to, say, $2 Million.   How would this affect your bottom line?
Well, first, as an aside, while these steps would cut taxes on large income earners, they might not put a real dent in the really wealthy, who can afford to shield assets through a variety of schemes - all of which are legitimate.   But it would ding the guy making, say, $500,000 a year.   The fellow making $5,000,000 a year - he has less to worry about.  But it would be a boon to accountants and lawyers everywhere.
But let's just say we did this - tomorrow - and that in fact it even worked and income disparity levels magically dropped to, say, 1960's levels.
How, in short, will this affect you at all?  While it might cut the Federal Deficit somewhat (don't bet on it, Congress might just spend more as a result) and it might make you feel all warm and fuzzy that the 1%'ers are only making 180 times as much as you are, instead of 260, in reality it really won't affect your life much.
And yet, people argue that this is the pressing issue of the day.   I'm not saying it isn't important, only that watching what is on your own plate is far more important to your personal financial well-being than getting involved in greater political causes.
You see, your own personal actions - and inaction, and mis-steps - are more to blame for your personal situation than anything else.   If you exhibited poor financial judgement and got over your head in debt, be it credit cards, student loans, mortgage debt - or a combination of all three - taxing the rich isn't really going to change that much.  In fact, not at all.
And similarly, if you made poor choices in your major in school, and now cannot find a job, protesting the income of the very wealthy isn't going to change your job prospects much.
But, hey, it feels better to externalize your problems than to look inwardly.   The clueless guy with the sign protesting his student loans doesn't want to think that, Gee, maybe he might have made better life choices than studying "how to party" at Bong-Hit University.
And please, don't tell me that doesn't happen.  I spend 14 years in college.  I was in a fraternity, too.  I delivered pizzas to every dorm, frat house, and apartment flop-house.  I know first-hand how much college kids goof off and how much money they squander on crap, while ostensibly studying for a degree.
The Bush Era tax cuts will likely expire in 2013, if President Obama is re-elected.   Of course, the Republicans will try to throw a wrench in the works to stop that from happening.   But if you want to enact "social change" you might want to think about voting and maybe getting a job, so you can contribute money to a political campaign.   Because being a dirty, stinking hippie and then rioting and smashing things only serves to let the other side say, "See, I told you so, this is what happens if you let these folks run loose!"
And yes, that is the platform Nixon used to get elected in 1968, thank you very much Jerry Rubin.
Political activism is a fine and wonderful thing.   But don't let it serve as a substitute for taking care of your own business.   I have met far too many of these "political types" on both the Left and Right, who will bore you for hours about how they will "set things right!" if only they were in charge.   But ironically, they cannot even manage their own personal lives, which are a train-wreck of substance abuse, shattered personal finances, and underemployment.
And if asked about this, they say, "Well, there are greater issues at stake, here!"
But the reality is, these "issues" are just a sideshow distraction.
Newer Post Older Post Home