Why Good Advice Doesn't Appear in the Media. 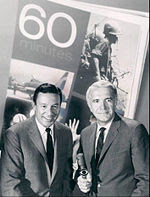 Doing an expose on a crooked company or person is fine and all, provided they don't advertise on your network.  In this regard, "investigative journalism" is a bit of a hoax.

You may wonder, reading this blog, why a lot of what I am saying here, which is just common sense that anyone can figure out for themselves, if they turn off the deafening and distracting TeeVee for 10 minutes, why this doesn't appear in the media?

After all, those financial pages and financial gurus are supposed to give good advice, right?   And they should warn you about the con-jobs and ripoffs in the world, right?

The problem is, advertising.

You can't do an expose piece on Time-Share ripoffs when your sponsor is a hotel chain that also runs a time-share.   So, instead, you mealy-mouth the piece, by saying that some timeshares are rotten deals, and here's what to look for!

In effect, you end up being a mouthpiece for the industry and end up generating interest in timeshares, and perhaps you even interview the sales manager of the company that advertises on your site, station, or magazine, as an example of a "legitimate" operation.

Or maybe, your editor just spikes the whole story.

The only safe bets are stories about people who don't advertise on your media outlet.   Basic criminals, for example, are OK to go after.  The man who sticks a gun in your face and demands money, doesn't have a contract with your media empire.   He is a safe target.

But the con-artist who rakes in hundreds of millions, but doesn't advertise?  Well, he has nasty lawyers who will threaten to sue, so again, your editor spikes the story.

Old people like to watch 60 Minutes, because they love those expose where the "crooks" and "bad guys" are chased down in the parking lot of their businesses, with a camera stuck in their face and Mike Wallace shouting, "Isn't it true that you sell babies on the Internet?"

That is compelling television - it sells eyeballs to the advertisers.   And the advertiser tells the audience about a great deal on a car lease, zipping by the fine print about the back-end charges, down payments, and the like.   And of course, it is the most expensive way to go about buying a car.

So, no.  You won't see a 60-minutes piece with a crying consumer telling about how he had to pay $3500 in excess wear fees at the end of his lease, and how he never saw the actual interest rate on the loan or the price he paid on the car.  And Mike Wallace won't be chasing down a car salesman holding a clipboard over his face, while Mike shouts, "How do you live with yourself, knowing you charged these people 10% over list price at an interest rate of 15%?"

No, in fact, if you Google "CBS" and "Lease" all you will find is rah-rah stories about how great leasing is and that you should do it - NOW.

Even people who start out with good advice, eventually succumb to the media conflict-of-interest.  Suze "Sooze" Orman started out with common-sense fiscal advice, until she was hired by companies as a spokesperson for their products and suddenly, she is less about saving more and spending less, and more about getting "approved" to buy stuff.

An in this era of Corporations-as-People, you may find it harder and harder to even express political opinions on the air, lest you annoy your advertiser base.    Commentators on the far Left and Right are finding this out - the hard way.

So, how do you work around this?  Well, the answer is simple.  Stop looking to the mass media for answers, and look internally instead.   Stop watching TV, stop listening to the News.   Much of it, once you strip away the hoopla, is utterly uninformative, or just irrelevant to your daily life.

And since the data presented is so skewed and corrupted, it cannot be relied upon with any certainty as being good data.   If you use the television as your source of normative cues and basic information, you will forever be making bad decisions against your own-self interest - as information that is actually helpful to you is rarely, if ever, presented.
Newer Post Older Post Home