Save Money on Gas? DRIVE LESS! 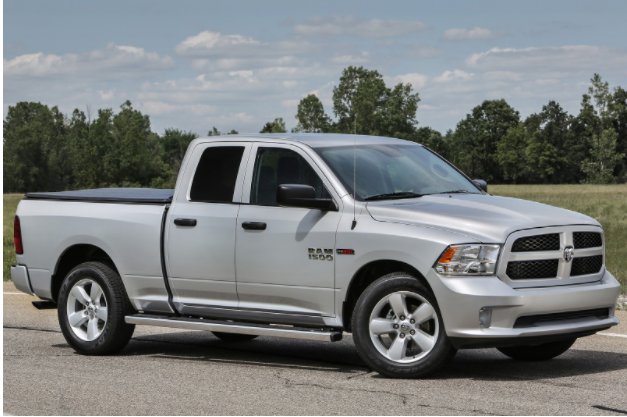 One upon a time, the only people who owned trucks like this were the utility companies, who used them to transport work crews and equipment to work on downed lines.  Today, many people consider this a rational choice for commuting to work.


Gas mileage counts, of course, as as higher gas prices are an unstoppable historic trend, as demand for oil increases worldwide, it makes sense to buy a higher gas mileage vehicle to save on gas.

But the other side of the coin is rarely discussed - the miles you drive.   The number of miles driven annually by the "average" American has risen dramatically in the last 50 years, nearly doubling to a staggering 15,000 miles a year.  If the average car travels at an average speed of 30 mph (combined city and highway traffic speeds, which is not atypical) that means people are spending at least 500 hours a year in their cars, or nearly 20 days a year - a full working month - in their cars.

Driving less is one sure way to save on gas.   You can improve your driving habits, as I have noted before, and save 10-30% on gas (depending on the car and how rotten a driver you were before).  But not driving at all is one way to really save.

An impractical solution?  Perhaps not.

I noted before that poor people seem to drive more.   All over Hell's half-acre, in fact.  When we lived in the country, we had neighbors who would drive into town, sometimes two to three times a day.  We barely went once a week.   Many times, they would drive into town to work, then drive home, and then change clothes and drive back into town - again.

And town was 20 miles away.   Driving a typical SUV, that means paying $8 to change your clothes.  Pretty pricey!  Multiply that by four family members, and, well, you can see why they live "paycheck to paycheck."

Another friend, here on the island, drives into town once a day, if not more often, for what, we don't know.   If you are retired, why do you need to drive so much?   Yet, once or twice a day, we'd see them driving off the island, and then returning.

And town here, is about 10 miles away.

Combining trips, delaying trips, or not traveling at all, are often the best approaches.   Driving into town to deposit a check, for example, can be a pricey proposition, if your car gets only 20 mpg and you have to drive 20 miles, round-trip.

(and measure how far it is, sometime, it may surprise you.  You may think "It's not that far away, maybe 5 miles" - but when you actually measure it, it is closer to 10).

Banking online, paying bills online, shopping online, working online are all ways to reduce car use.   Living closer to where you work and shop is another way.   Moving "out to the country" for a better lifestyle is often illusory, as you end up spending so much more time in your car than before, and can't enjoy all that "clean country living" because you are driving all the time.

And some people do this, with 100 mile one-way commutes!  People living in West Virginia and commuting to Washington, D.C. - it makes no sense.  In many cases, this is just poverty-think.

But part of this is the function of urban expansion.   In the 1950's and 1960's the suburbs expanded greatly, while the inner cities started to decay.   The poor lived in ghettos in the city, while the affluent commuted in from wealthy suburbs, using expressways carved through the poor neighborhoods.

But in recent years, this trend is slowing and starting to reverse.  The vaunted "edge city" is turning into an uncomfortable driving nightmare, and many, such as Woodbridge, Virginia, are turning into Ghettos.  A recent article in Smithsonian Magazine (luv that gov't gold!) describes how many office buildings on Wall Street were converted to residential housing after 9/11 and more people are moving into the area than ever before.   And not too long ago, I recall walking through that area, on a Sunday morning, and finding it deserted.

Today, the inner cites are less and less of a place for new immigrants and the poor - who are increasingly moving to the "edge city" far-out suburbs.   The author of that piece opines that, over time, the overwrought and poorly build mini-mansions built in those suburbs may convert to condos or multi-family housing.  And I suspect this is true.

The population of Manhattan is decreasing, but the average income is rising.   Perhaps in 30- years, it will be a gated community, complete with a doorman on the George Washington Bridge.  "Who are you here to see?  I'll ring him and see if he is in!"

My own experience validates this.   We owned a modest home in a "suburb" built in 1949.  It was about five miles from Old Town Alexandria, and maybe another five to D.C. proper.   And since we had an un-congested parkway to commute on, it was an easy commute to work.

Meanwhile, in Fredricksburg, Virginia, about 30 miles down the road from us, cornfields were being plowed under to create mini-mansion tracts, with poorly made houses being thrown up in a hurry.  Commute times from there could be measured in hours, on some days.

Eventually, people got tired of long commutes, and started looking again at the inner city and the close-in suburbs.  A developer knocked on our door and proposed to bulldoze our $350,000 house and put two million-dollar homes on the same lot.   We took the money, and ran.

But what he proposed, made sense.  Our neighborhood was a better place to build that yet another cornfield halfway to Richmond.   And people value their time more than anything - and spending an hour gridlocked on I-95 is no real treat, on a daily basis.

But, perhaps moving closer to your job is not the answer, at least right now.   The cost of selling your home and moving is far too high to be offset by any gas savings.  But, if you are renting and your lease ends and you plan on moving anyway.... consider something more convenient.   And if you are thinking about buying a house, think about the commute.

Mark used to tell clients to get up early one weekday, drive out to where the house you are looking at is located, and then "commute" into work from there, as a test.  Measure the time and mileage.  And then ask yourself if it is realistic.

One couple wanted to buy a house in Front Royal, Virginia, and commute to College Park Maryland.  If you are a DC resident, you know what a nightmare that would be - extreme distances (going from one extreme side of the mega-city to the other) and the worst bottlenecks in the system, combined.  Mark tried to talk them out of it, but they would have none of it.   They ended up selling the home a year later, at a loss, once they realized that 2-3 hours, each way was just not feasible.

But on a daily basis, there are steps you can take to reduce your trips:


1.  If you commute, do your shopping or errands on the way home from work (or to) rather than driving home, flopping in front of the TeeVee and then shopping "on the weekend".   You will avoid the weekend crowds this way, and also get more weekend out of the deal.   Yea, I know, you are tired after work - deal with it.   As a bonus, by the time you finish shopping, rush hour may be over.

2.  Combine Trips:  If you have a check to deposit, a trip to the post office, and have to shop, wait a day or two and combine all three.  Driving to town on Monday to deposit a check, Tuesday to go to the Post Office, and then Wednesday to go shopping, Thursday to the Library,  etc. makes no sense, when you can get all this done in one day, saving tens of dollars on gas.

3.  CarPool:  Carpooling to work makes sense - even if you don't have neighbors who work at the same place.   But if one or more family members are going in the same direction or to the same place, why not ride-share?   Many teens rather drive themselves to school for emotional reasons because riding with Mom and Dad is dorky.   But if Mom or Dad is going in the same direction, why not?   I knew a husband and wife who worked for "the agency" and drove 30 miles, each way, in separate cars, even though they worked in the same building and in most cases, followed each other home.  Silly.

We drive maybe 3,000 to 5,000 miles each year, on each car, about 1/3 the national average.   And this is reflected in very reduced car insurance rates, as well as huge gas savings.   Most of this is because we don't commute anymore (or do so, only one or two days a week).  But a lot is due to planning trips and combining trips - and not just jumping in the car as the first solution to any perceived problem, need, or just plain boredom.

(and now you know how I can afford to spend an hour a day writing in my blog.  No commute!)

Sometimes I don't leave the house (by car) for days, or the island for a week or more.  And yet, others I know drive into town, as I noted before, on a daily basis - sometimes more than once a day.  By choice, not necessity.

I think a lot of people just don't think about it - the car is to be driven, and if you need something, you drive to go get it.    But it is a huge time bandit.  And perhaps, these folks are filling up empty lives with time behind the wheel, Cable TeeVee, and texting.  Frittering life away driving.  Perhaps.

And again, I think for a lot of (weak thinking) people, driving a car is a big deal - they get to be an adult, in charge of this fabulous and sophisticated piece of machinery.  For a limited time, they are in charge and in control - or so it seems.   For many folks, a commute is a pleasure - a "me time" where they can relax and think.   Many folks are just brain-dead, I'm afraid.