Should You Buy a Franchise? Probably Not. 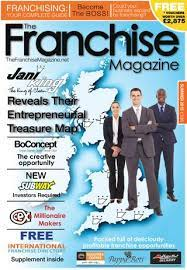 Should you buy a Franchise?
Probably not.

Franchise Expos are advertised heavily on the radio, which is a sure sign they are a raw deal.   "Come to the Franchise Expo!", we are told, "and learn how to make tons of money by purchasing a Franchise!"

What is a Franchise?  Do people make money at them?   Are many of them Rip-Offs?  The answer to the last question is a solid YES, as there are a lot of companies out there that make money selling Franchises, and nothing more.  Companies that put up "expos" or conventions or sell magazines make a lot of money promoting the idea of a franchise.  And even "legitimate" Franchise companies can be a raw deal, if the parent company changes, over time, as we shall see.

A Franchise is a license to run a business, basically.   For an up-front fee, which may be a few thousand, for an MLM-type scheme, to a few Million, for a McDonald's outlet, the Franchisee is licensed to sell products or services under the company name.

The Franchisee agrees to use company products only, in many cases, and make sure their business conforms to company standards.   For example, in one celebrated case, a McDonald's Franchisee tried to get away with using generic paper napkins, instead of the special kind embossed with the McDonald's logo, and available only from the McDonald's corporate office.   Yes, they send people out to check, and yes, you can lose your franchise over stuff like that.

So right off the bat, you see a fly in the soup - you are bound to buy all your products from a single supplier, who controls price and availability and can put you out of business in a heartbeat, if they chose to do so.

In return, you get the benefits of a national advertising campaign, and the halo effect from the goodwill of the Trademarks and the company reputation.   For a McDonald's franchisee, this is a powerful thing, and most McDonald's Franchisees end up making a lot of money (Most, but not all!).  But they do have to work at it, of course.

So to answer the second question, yes, some people make a lot of money by owning a Franchise.   Others, well, do not.  Most, in fact, do not.  You will not - in all probability.

Some Franchises are just rip-offs, completely.   A company sets up to sell franchises, takes in a lot of money and then declares bankruptcy or just walks away with the cash, leaving a host of franchisees with little more than instruction booklets, some signage, and empty bank accounts.  These types of franchises are not hard to spot - they suddenly appear everywhere, and then suddenly disappear, overnight.

Others just over-sell and are based on popularity which can wane.  Remember "Curves?"  They were suddenly in every town - and then nearly half of them disappeared.   It was a craze, that apparently took hold and then wore off.  Another problem is if the franchiser over-sells franchises, the market can be over-saturated with supply, with not enough demand.

So you go to the Franchise Expo and buy a franchise to run a gym, dance club, karate studio, or whatever.   Why not?  You see their ads on TV all the time!   You are given training, you rent space, you buy the equipment and materials with the company logo on them, and, well, business isn't all that hot. Compounding this, the company ceases its saturation advertising campaign soon after you've bought into it.

The problem with such business models is that a bad business model isn't going to become a good one, just because it is a Franchise.  As I noted earlier, there are McDonald's franchisees who have gone under, simply because they chose a poor location, a poor market, or an area that was already over-saturated by fast-food outlets.   The halo of McDonald's isn't going to rescue a bad business plan, even if it is one helluva halo these days.

For lesser brands, well, if there is no demand for spin-training in your area, a Spinmasters(tm) franchise isn't going to make you rich, no matter how slick their brochure is.

And some of these franchise companies do this intentionally.  They know that people are desperate to "make it big" and become rich and "be their own boss" and as such, will sell their souls, cash in their retirement plans, mortgage their houses, or borrow from relatives, in order to get ahead.   But their delusions of grandeur are never very well thought out.  And these folks are easy prey for a high-pressure sales pitch by some unscrupulous franchise-purveyor.

So, some franchises are utter scams from the get-go.   Others, while "legitimate" can just be bad deals if the underlying business model (your local market, location, territory, etc.) is no good.  Still others are unnecessary and yet others start out legitimate and devolve in to quasi-fraud.  What do I mean by these last two?

Well, before the housing market clapped out entirely, there was a saturation ad on TV for a guy who buys houses.  We are told that if you were desperate to sell your house, you should call him and he would buy it.   But of course, in 2005, when the housing market was at its peak, not many people were "desperate" to sell in a hurry, unless they were fools.   And just as suddenly as these ads appeared, they disappeared.   The company is still in business, but what happened to them?

Well, they made a lot of money selling franchises at $43,000 apiece.  For that money, you got a training kit and a territory, and were instructed on how to buy homes for below market value, fix them up, and rent or sell them.  Sounds like a money-maker, right?

Well, it is.  But you can save $43,000 by just going out and doing this yourself, as I did.  There is no "secret" to buying distressed properties.  You do the math on real estate values, look for bargains and diamonds in the rough, line up financing, and do the deal.   $43,000 goes a long way to making that first deal - in fact, you could make several deals with that kind of cash as down payments.  The idea that you need to pay someone to tell you how to do this, is, in my mind, ridiculous.

The second issue is one that has happened to some pretty famous fast-food chains and pizza shops.   The parent company rakes in a ton of dough from the franchisees.  In addition to the start-up franchise fee, they collect a chunk of your overall revenue, and make a profit on all the hamburger buns, burgers, ketchup, napkins, and paper bags they sell you. Again, you are usually relying on a single-source provider, and if they raise prices through the roof, well, you are screwed.

No, it wasn't the little guy, that sort of "It's a wonderful life!" shit doesn't happen in reality.

Without the national advertising campaign and national identity, sales slumped, and the franchisees found themselves chasing lower and lower revenues and slimmer profit margins.   Many went under.  Others were bought out by the company and became company stores.

A similar thing happened to a pizza chain, when the parent company waited until business was at a nadir and exercised their option in the franchise contract.  They  bought out the franchisees and made all the stores "corporate."

So, there is a real risk, as a franchisee, that you could build up a business, make it successful, and the parent company will then drop the ball, or intentionally try to run you out of business, so they can buy you out for cheap.

Another problem with franchises is saturation. A famous Christian painter, who died recently, sold his paintings through a number of franchised dealers.   The problem was, according to some, was that there were dozens of dealers in every State. In other words, more dealers than could supply all the customers.

For this reason, most legitimate franchisers limit the number of franchises for a given area, lest there be saturation problems.

But for the most part, the franchise deals that YOU hear about - on the radio or in the newspaper or on the Internet, are just raw rip-offs. They take your money and leave you with nothing.  Serious franchises are for serious people with serious money - not Johnny Punch-clock and his bucket of dreams.

There is no free lunch. There is no quick and easy path to success. If there was, everyone would be taking it!

So does this mean franchises are a bad deal?   No, not all of them - just most.   And the kind they target toward Joe Consumer in these Fairs and Expos are generally just scams to separate you from your money, while you stand there, starry-eyed with your dreams of avarice.

In order to run a restaurant franchise, you have to know how to run a restaurant - and running a restaurant is very, very hard work.   It is not merely a matter of thawing entrees and microwaving them and smiling at all the customers and counting your money.  You have to hire and fire people, manage them, manage inventory and cost controls, deal with permitting, health inspections, taxes, and a host of paperwork, as well as advertise locally and, well, manage a restaurant.   The fact that it is a franchise does not put it on autopilot.

And the same is true for other types of businesses.  Even if they not are con-jobs or outright frauds, a franchise, in order to work, requires real work. And most people are not cut out for running a business.   I can tell you that it was a rude awakening for me - running my own practice.  Chasing paper and chasing your tail, trying to get good people (and get rid of the bad) getting clients, getting bills out - getting paid - were all easier said than done.
In fact, that is probably one way to tell if a franchise is a raw deal - if the franchiser claims that "no experience is necessary!" and makes it seem like no real work is involved.

Does this mean all Franchises are a raw deal?  No.  Just that the real ones are real businesses, and if you have no business skills, you won't succeed at them.   In fact, another way to tell a real Franchise from a phony one is that real Franchises don't accept everyone as Franchisees. McDonald's isn't going to grant you a Franchise just because you pony up the dough - they want to see some business experience and know-how.  Otherwise you will fail, and they won't make money and their reputation will be damaged.

The con-job Franchises accept everyone who can pony up the dough, and they promise you unrealistic riches, without work, and use high-pressure sales tactics, usually at an Expo, Fair, or sales meeting, to convince you to buy a franchise like it was a time-share.  And here's a hint:  Time-Shares are an utter rip-off.

The shame of the matter is this:  Many folks spend tens of thousands of dollars on these types of scams, and end up broke and destitute as a result.  They hope to strike it rich, when they could have, if they had saved their money, merely struck it middle-class.  Which ain't so bad, really, is it?
Newer Post Older Post Home