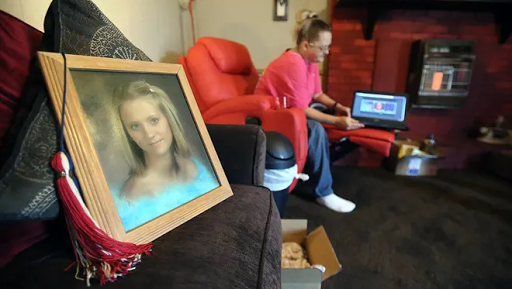 Why is this not news?


Over the weekend, a horrific crime.   A young white girl is set on fire and burned to death.

By Wednesday, CNN figures it is a "story" and publishes a three paragraph article.

A young Bosnian refugee is beaten to death by hammer-wielding youth.   The story hardly gets a mention - and CNN finds it convenient not to mention the race of the attackers.

Meanwhile, a WHITE police officer shoots and kills an UNARMED BLACK YOUTH and not only does it get headlines - it gets pounded into our brains for weeks.   And race is prominently mentioned in the reporting.

For some reason, the media finds it appropriate to mention the races of the attacker and victim, if it is a white person killing a black person, particularly if it is the police who are involved.

But if it is the other way around, well, it is deemed "racist" to say that the perpetrator was black.

Now, I know what some idiots are going to say right off the bat, "Oh sure, defend the police!"

But again, people think emotionally and miss the point.

No, I am not "defending the police" - as it is a tragedy whenever someone is shot by a policeman, whether the shooting is justified or not.   And frankly, the race of the person shooting you is kind of irrelevant, as dead is dead.

What I am attacking is the media.   For some reason, we report the races of shooters and victims in one circumstance, but not in another.   There is this conspiracy of silence as the major media outlets don't want to be accused of "racism" by mentioning the races of the parties involved.

And at one time, there was a basis for this policy.   In the 1960's and 1970's, it was routine for the news media to report race of criminal suspects, until someone pointed out that whenever race was mentioned, the only race mentioned was black.   When white people shot each other, race was never mentioned in the story.   And yea, that was racist.

Today, we bend over backwards the other way.   We do report race, but only when it is a white person doing the shooting (or assaulting or whatever).  And this isn't "reverse racism" or anything - racism doesn't have a direction like time's arrow.   It is just plain racism, period.

The media has pounded into our heads, over the last few months that there is a "pattern" of killings in the United States - of Cops or self-appointed neighborhood watch people, gunning down innocent black folks.
But does such a pattern really exist?

In the Trevon Martin case, the "white" assailant was actually an Hispanic guy.   But hey, what the heck, for purposes of shooting a black guy, we'll count him as white.   If he was the victim, we'd count him as a minority.  But of course, he wasn't a cop.   And there is no indication that racism was the motive for the shooting.   But since a white-looking guy was the shooter, well, there you have it.
The other two cases are murkier.  In both cases, police were arresting criminals - one who had robbed a store (on video, no less) and one who was illegally selling cigarettes.   For some reason, this is lost on the media.   In a recent opinion piece on CNN, a commentator remarks casually that the only offense the victim committed was not "meekly getting out of the road" when shouted at by the Police.   For some reason, the strong-arm robbery is forgotten.

But that is beside the point.   No one has advanced evidence of "racism" in either case.   There is no evidence - not one scintilla - that the cops involved were saying, "Let's get the black guy, because we hate black guys!" - which would be racism.

In both cases, the facts are murky.   Crimes were committed by the victims.   The police were attempting to put them under arrest for those crimes.   Witnesses (and videos) show that the victims resisted arrest.  And whether justified or not, they ended up dying.

Were the police too aggressive?   Was this racism?    For some reason, we are quick to jump to both conclusions, even though there is really no evidence for either.

In certain professions, if you make a mistake, people die.   End of story.   If you are an airline pilot and you let your plane stall on approach, you've basically killed a couple-hundred people.   If you are surgeon and your knife slips, you kill the patient on the operating table.

For the rest of us, life is not so stressful.  If you work at Starbucks, the worst you could do is maybe serve someone cold coffee - or maybe give them some burns if you spilled a hot one on them.   I suppose a restaurant chef could kill a few patrons if he served bad meat - but you'd really have to be severely negligent to do that.

For most of us, the worst thing that could happen to us, if we fuck up our jobs, is to be fired.   And for Union members, even that threat is gone - which is why unions were such a bad idea and why the quality of American-made (read: Union-made) cars was so poor and still lags behind foreign competition.

But for the Police, every day is a life-or-death situation.   Policeman is a dangerous job.  Granted, the greatest threat (statistically) is being hit by a car during a traffic stop.   But each time you pull over a car or question a suspect, there is a possibility that you may be assaulted, shot, or killed.   Fear kicks in - fear of the unknown.

When a suspect resists arrest - or charges into your police car and reaches for your gun, well, those fears are now justified.   Adrenalin kicks in at that point - the classic "Fight or Flight" instinct.  And the Police cannot flight.   We pay them to protect us - we grant them "Police Powers" - the power to monitor and control our behavior and most importantly, the power to arrest us and take us into custody.

In the two cases being hyped by the media, it is clear that arrest was warranted.   One youth had just robbed a store.  His crime wasn't "walking in the street" - he was wanted for strong-arm robbery.   The other youth was illegally selling cigarettes.   You can argue - like Rand Paul - that the law was stupid.  But it is the law, and the Police are charged with enforcing it.

And in both cases, the "youths" were very large and powerful men who forcibly resisted arrest.   Adrenalin kicks in.   And when the Police make a mistake, the results are often fatal.

But racism?   Where is the evidence of this?   People argue that the "system" is racist, as the policemen were not indicted for the killing of these "youths".   But as the evidence shows, it is anything but a clear-cut case.   When you jump into the window of a patrol car and wrestle with a cop, you are hardly an innocent bystander.   When you argue with the police when they tell you that you are under arrest, you force them to tackle you and handcuff you.   There were poor choices made by the "victims" in these incidents, but for some reason, it is off-limits to discuss those.   And if you raise these issues, you are accused of being "racist".

It seems to me that we have gone off the deep end here.   We are quick to assume that anytime a black person is shot or assaulted by a white person, the motivation was racism. This is not to say this never happens, of course.  That guy who shot the black teens for playing their radio too loudly, that was probably racism (or maybe he was just drunk).   But these other cases?   Just because the players are the correct colors to fit your preconceived notions of the world, doesn't make it a racist situation.

But what is even more appalling is that the media is so quick to play the racism card and talk about race - but only in one scenario.   When a white person is assaulted or killed by a black person, the race of the perpetrator and victim are never mentioned.   Or if they are, they are quickly swept under the rug and the crime is labeled "not racially motivated."

The media loves a good fight - provided the fight is played according to their rules.   And egging on people with racist arguments seems to be the order of the day.   In the Ferguson case, they hyped the grand jury decision for a week - talking about preparations for riots and speculating on how bad the riots would be.  It was almost as if they were gleeful at the prospect of so much more news to report.   After all, the ratings would be fantastic!   Think of the ad revenue!

As I noted in my previous posting on "Hush Crimes", no one wants to hear about the gristly fire death of a beautiful young girl.   That doesn't sell cars and hot-pockets or McRib sandwiches.   No one wants to advertise after those stories.   So even though those are more compelling stories - with real victims who are really innocent of any wrongdoing - they are swept under the rug.

And yes, crimes against black people are swept under the rug, too.   In fact, those crimes make up the majority of "hush crimes".   No  one cares about a poor person, a black person, or a hooker getting killed, unless of course, a white police officer is doing the shooting, right?

The media is fucked up and will always be this way - as they are beholden to advertisers to pay the rent.   They want to sell eyeballs and increase ratings.  And yes, even PBS is this way.   So they have these agendas, both political and financial, which force them to report the "news" in a certain way.