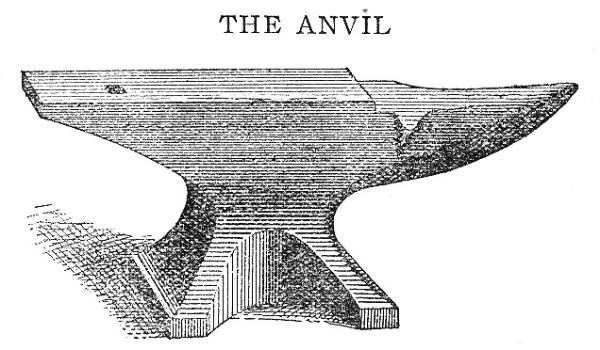 The simplest machine has only one part.  Anything beyond that diminishes reliability.


We tend, as humans, to over-complicate our lives.   And nowhere is this more true that with technology.   We look to technology as the solution to all of our problems.   Technology, in turn, creates new problems - mostly by allowing us to prosper and populate the planet more.   We turn to technology again to fix the problems we have created.   It is a never-ending circle.

In our personal lives, however, we often over-tech ourselves.   Today at the lumber store, I see they are selling "WiFi Thermostats" which answer a question no one is really asking, namely, "Gee, I wonder how warm it is in my house right now?"

While it would be cool to adjust the thermostat in your house, via your smart phone, while you are driven home in your autonomous self-drivingt Uber Google-Car, it really isn't all that necessary to daily living, and it doesn't really save energy or accomplish much of merit.   It is simply technology for the sake of technology.

And quite frankly, after 50 years of unwrapping new pieces of tech (the process of which now has its own YouTube Channel) I have learned the hard way that these things tend to be disappointing in nature.   For example, the WiFi Thermostat, I am certain, will conflict with my router, and I will spend two hours on the phone with "Steve" from Bangalore, while we debug why the devices won't handshake.   And assuming I even owned a smart phone, downloading the app would also be buggy and the whole thing would not quite work as advertised.

Another $99 on the credit card and another four hours of my life wasted - for what?   To set the thermostat via smart phone?   I mean, get real.

Technology is a necessary evil in our lives.   At this point in human history, we need technology to survive on this planet.   Those idiotic Hippies who all think we can "go back to living on the land" don't realize that we cannot do this because there literally isn't enough land for everyone.   We may decry modern factory farming techniques, but they are necessary to support the billions who live on our planet today.

From a personal point of view, chasing technology for the sake of technology can bankrupt you, as I have noted before.  Before you go off and buy the latest and greatest piece of tech, consider where you are going with it - and look in that drawer or closet you have of yesterday's used technology and remember back to when you thought that device would "change your life forever."

Understanding technology is the key to applying it successfully in your life.  Technology should be only as complex as you need it to be.  Show-off systems or high-tech for its own sake, is never a good idea.   Technology should also be reliable and simple, so that failure modes are few and far between, and when they occur, catastrophic events are not unleashed.   Sometimes, even when complexity seems like a better choice, it is often a worse one.

Here are some things to consider before you go all "high tech" on your next project or purchase:

1.  Simplicity:  The anvil is the simplest machine - one part, no moving parts, and nothing to wear out.   And it rarely does.    Once you add that second part to any machine, reliability suffers.

Early cars were simple - splash lubrication (no oil pump), thermosiphon cooling (no water pump), gas tanks mounted behind the firewall (no fuel pump).  A very simple design - not long-lasting, nor very safe, of course.   And these early cars had to be simple for a reason - they did not last long.   Cylinder walls would score and engines would burn oil, in very short order.   The quality of materials and manufacturing processes were primitive, so simplicity was the way to make these early cars even remotely reliable.

Simplicity is the ultimate solution, but does not provide much in the way of features, such as safety features, emissions controls, and the like.  Moreover, while simple systems maybe robust, their overall lifespan (between overhauls) may be shorter.  Old flathead engines were simplicity in themselves, but did not run as long as modern overhead-valve motors.

But in general, the simplest systems are the best and most reliable, even if they are not as useful or long-lasting as some more esoteric designs.  Ask yourself if you really need all the high-tech gizmos in your next car or washing machine.   Some, like parking sensors and backup cameras, could be useful.   Others, like powered headrests, seem less so.


2.  Redundancy:   Two engines sounds better than one, but in practice it not always is such a swell idea.  Years ago, regulations required at least three engines on airplanes flying over the oceans.  Many airplane makers used four engines, as mounting three proved problematic.  However, this was an expensive solution and required a flight engineer to ride herd on all the gauges and settings for four engines.  It also provided a false sense of security, as if even one engine was lost, often the plane would lose altitude and hit the ocean before it could land.

Three engines seemed like a good compromise, but of course, mounting that third engine was tricky, in terms of weight balance and thrust.  And when that third engine went blooey, it could take out control cables or damage control surfaces.  Better to let them hang off the wings.

Many argue the same is true for boats.   If you own a boat with two engines, it is not necessarily more reliable than a single-engine boat.   You just double all of your maintenance expenses (right down to oil changes) and actually decrease reliability, as there are more things to go wrong.


3.  Instrumentation and Sensors:  Putting sensors all over a machine to monitor its condition sounds like  a great idea as well, but often works less well in practice.  For example, a sensor goes bad and sends a false signal.  The machine is taken out of service to track down a fault in the sensor system.  Or, worse yet, some fault in the sensor causes a problem with the machine.

An old-style mechanical oil pressure gauge, for example, could leak, showering the occupants of the vehicle with hot oil and also draining the crankcase over time.  A simple "idiot light" seems less desirable, but is actually more robust and easier to use - and more reliable in service.   Aftermarket gauge kits don't make a car more reliable, but rather less so, as installing them requires tapping into electrical lines and pressure lines - each of which creates a potential failure point.

OBD II cars were much more complex than their OBD I predecessors.   However, since they measure and monitor many more car systems, they tend to "cry wolf" a lot more and issue spurious "check engine" light alarms.   Such complexity is probably inevitable, if we are to continue to use internal combustion engines.  Learning how to read and diagnose the check engine light is a good idea.   But as complex as such systems appear to be, in reality, they have fewer moving parts (or parts, period) that their predecessor carburetors and points ignition.


4.  Service Intervals:  In the old days, one way to insure reliability was to take apart a piece of machinery every so many miles and rebuild it, or at least inspect it for wear.  The theory was, since these parts would wear out anyway, why not rebuild them before they fail, thus insuring optimal reliability?

The problem with this theory is that often "perfectly good" parts are discarded and unnecessary services are performed.   And in addition, whenever you take apart a product, there is a chance that you will introduce a fault, in addition to fixing others.

A recent statistic in Sport Aviation is illustrative of this Waddington Effect:  75% of all catastrophic engine failures in General Aviation aircraft occur within two years or 200 hours of an engine being built, rebuilt, or torn down for inspection.  In other words, this theory of reliability can actually introduce more unreliability into a system.

Before you go and "over-service" your car to make it "more reliable" by bolting on aftermarket parts, think about where you are going with this.  The old adage "if it works, don't try to fix it!" is very true.

So what does this have to do with finances?  Not much, other than it is a good idea to know how machinery and technology works, if you are to live in a technological society.  At the very least, it helps you to understand the debates about technology better.

For example, nuclear power.  A nuclear reactor is a very simple thing - pile up some reactive material, and it goes critical and makes heat.  Use water to make steam, drive a turbine, and make power.

The problem for nuclear power is that we've decided that redundancy is the answer to the risks involved.  But redundant systems can be less reliable, not more-so, particularly if something, such as tsunami, wipes out all redundant systems at the same time.

When diesel generators failed, there was no way to pump water into the reactor.  So they melted down.   Makes you wonder if a simple water tower and a valve would have been a better "backup" than a bank of redundant diesel generators and valves. (UPDATE:  New reactor designs do just that - it is called "passive" emergency cooling).

When I worked at Carrier, I worked on an air conditioner for a backup control room.  The air condition was over-designed to handle more load than necessary, and as a result, would operate at 10% capacity at all times.  It was less efficient and less reliable that a simple window unit.   Actually, a bank of 10 window units would have been far more reliable and redundant than this one chrome-plated (literally) A/C unit.  But this idea of making everything more complex and difficult was substituted instead.

Fancy cars, fancy houses, fancy computers - they are all fun toys to have.  But sometimes simpler is a better experience.   And this is bearing in mind that today, what we consider as "simple" is a thousand times more complex that what we thought of as complex in the past.

If you are a typical homeowner with a car, a computer, a laptop, a smart phone, a flat-screen television, and a few other toys, you have more and better technology that a major television studio and the NSA (combined) had in 1970.  Your smart watch of today has more power than an IBM mainframe of that era.   We live in a far more complex world today than in the past.

The point is, why try to make it more complicated than necessary?   I am sure that down the road, WiFi thermostats will be standard equipment - and you won't even be able to buy an old-fashioned kind anymore.   It is just inevitable change, like our "smart" power meters we all have on our houses now.   But why force the issue?   Like I said, I prefer to wait until the technology reaches the Wal-Mart level - where it is cheap, well-established, and largely bug-free.